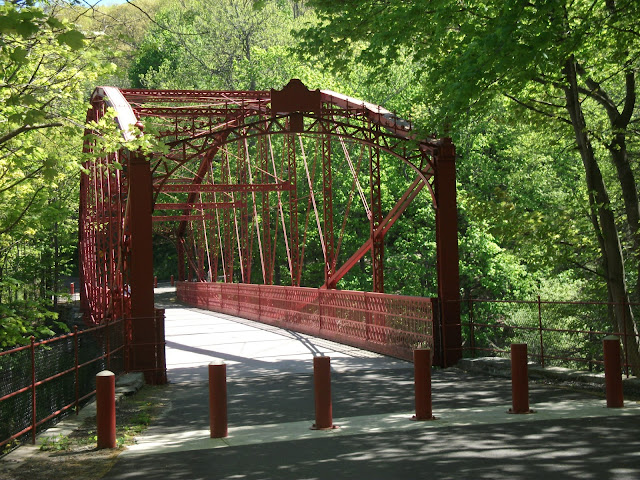 Located in New Milford, Connecticut, Lovers Leap State Park is a 160 acre state park. The name Lovers Leap is based on a legend that involves starcrossed lovers; an unidentified white man and Lillinoah, a Native American princess who was the daughter of Pootatuck Indian Chief Waramaug, that chose to leap to their deaths. The park has a number of walking paths and are split into three sections. There are the Old Factory Trails, the Waramaug Loop, and the Hurd Estate Trails found around the park. Each section of the park has their own sights to see, including a castle, ruins and overlooks of Lake Lilinonah.  The historic iron bridge over the Housatonic River is frequently the main attraction.

The Falls Bridge, which is an iron bridge built by the Berlin Iron Bridge Company of East Berlin, Connecticut, is a 173 foot lenticular truss bridge over the Housatonic River and was built in 1895. It is one of only a handful of iron truss bridges remaining in Connecticut. A similar bridge upstream on the Housatonic River called the Boardman Bridge was built a few years prior and local officials in New Milford were pleased by that bridge, so when a proposal to replace the Falls Bridge was made, they decided to go with a similar design. Once construction was completed, the bridge cost $7,938 to build. The bridge carried traffic until 1977. In 1994, efforts to restore the Falls Bridge begun, and after securing the $1.9 million in funding, restoration took place between 2004 and 2006, when the bridge reopened for pedestrian use.

Overall, Lovers Leap State Park is a pleasant place to visit and explore. The bridge is one of the focal points of the park and celebrates an era where there were once over 1,000 iron truss bridges crisscrossing the Constitution State. One of the other points of interest in the park is a rock formation with an overlook of Lake Lillinoah, where it is said that the princess and her lover leaped into the river below where they met their watery demise together. 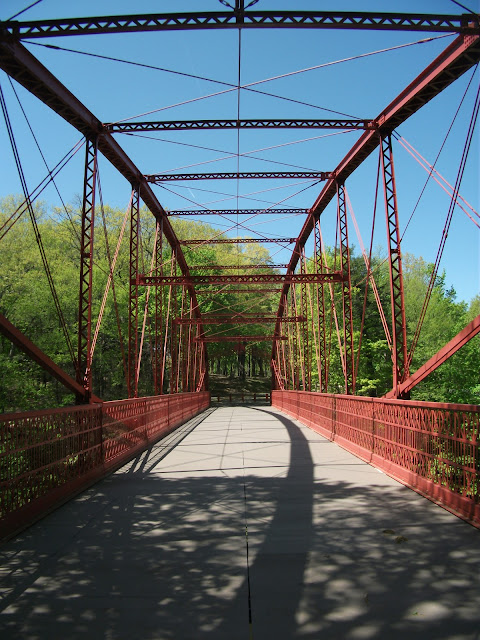 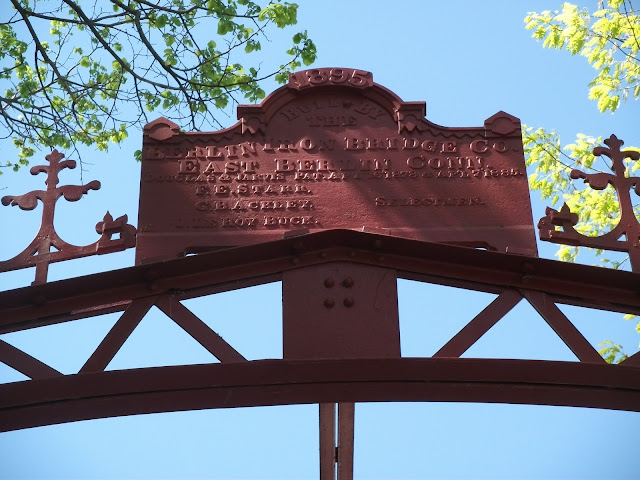 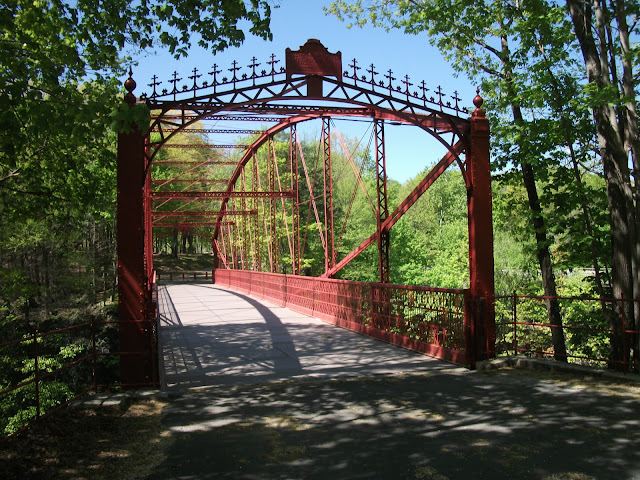 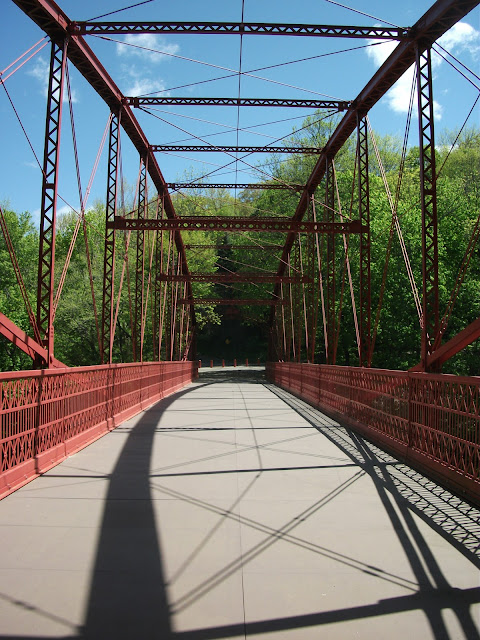 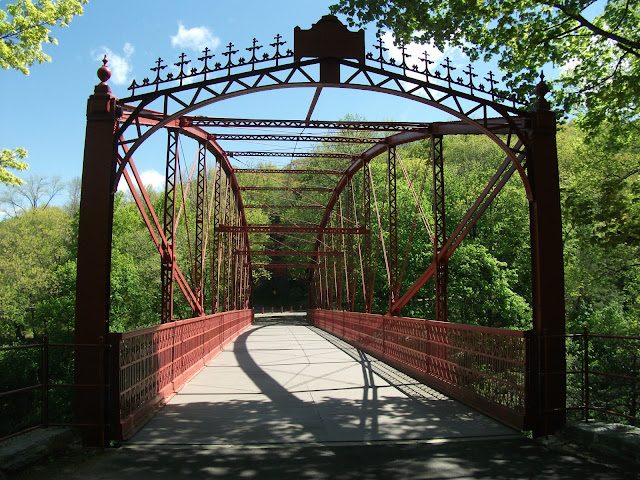 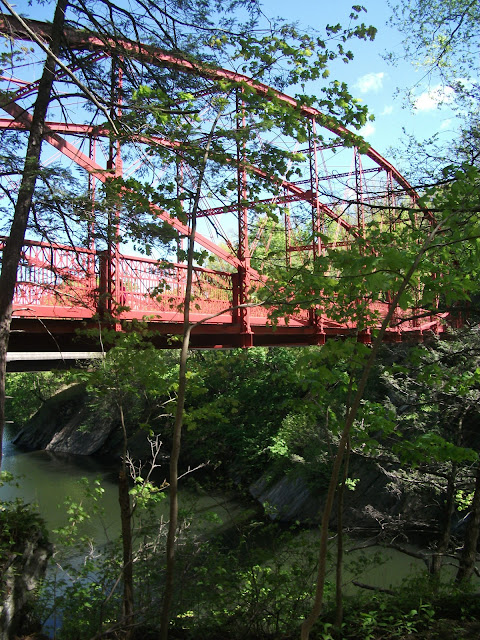 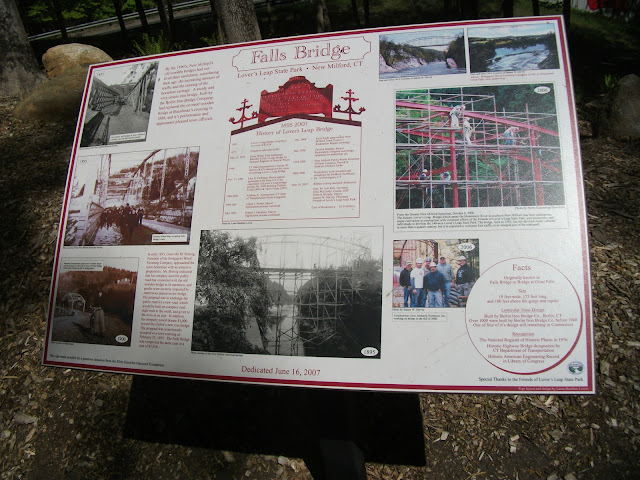 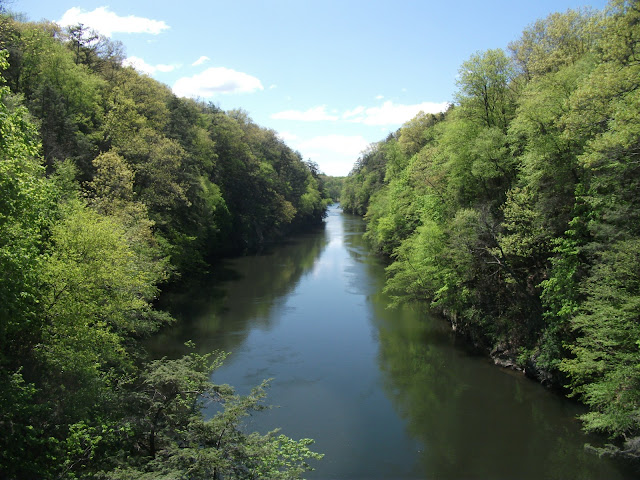 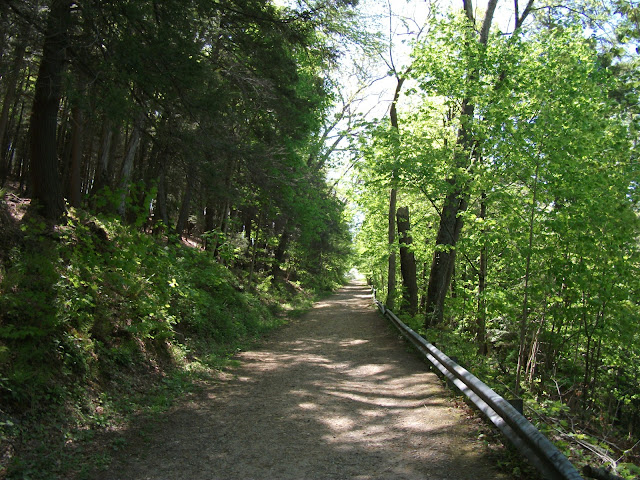 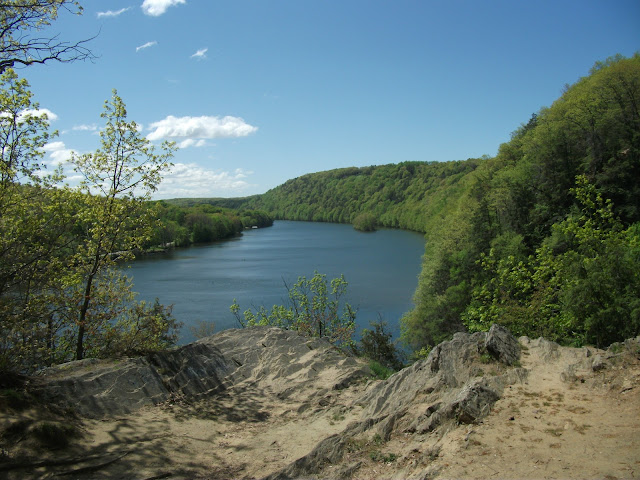 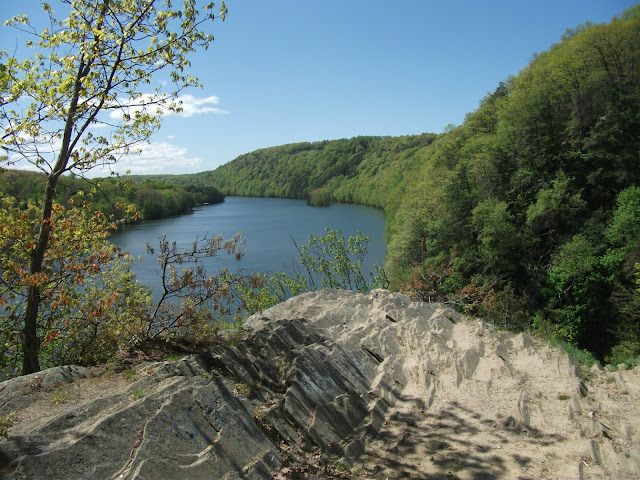