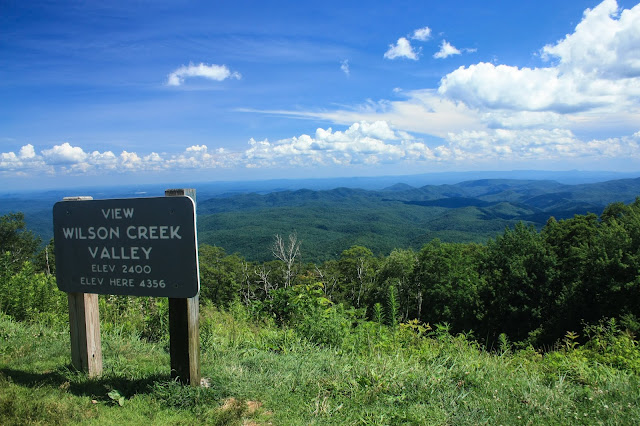 Wilson Creek is a 23 mile creek that originates from Grandfather Mountain and flows into the Johns River.  Wilson Creek is only one of four rivers in North Carolina that has been designated a "Wild and Scenic" River by the United States Forest Service.  The designation was received in August 2000.  Hiking, camping, kayaking, and fishing are some of the more popular activities along Wilson Creek.