By Challenger Tom July 09, 2019
Back in 2014 I drove a small portion of California State Route 147 along the eastern shore of Lake Almanor. 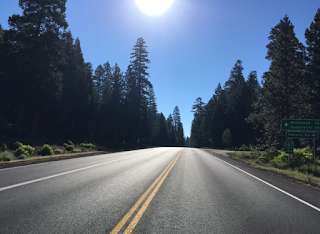 CA 147 is a 12 mile north/south State Highway which begins near Canyon Dam at CA 89 in Plumas County and ends at CA 36 in Westwood of Lassen County.  CA 147 was originally adopted into the State Highway System in 1961 as Legislative Route Number 183.

LRN 183 was adopted onto pre-existing roadways which can be seen by comparing the 1961 State Highway Map to the 1962 Edition.

CA 147 since 1964 has essentially had no significant changes.

CA 147 begins at Post Mile PLU 0.000 at CA 89 near Canyon Dam.   Canyon Dam is an earthen design that was first completed by 1914.  Upon the completion of Canyon Dam the waters of Lake Almanor began be filled by the impounded North Fork Feather River, Benner Creek, Hamilton Creek and Hamilton Branch.  Canyon Dam is part of the Upper North Fork Feather River Project which was conceived by the Great Western Powerhouse Company in the early 1900s.  Canyon Dam was expanded by 1927 before the entirety of the Great Western Powerhouse Company was acquired by Pacific Gas & Electricity by 1930.  Canyon Dam was expanded to it's present 130 foot height by 1962 and the present Lake Almanor has a maximum capacity of approximately 1,308,000 acre feet of water.  Much of Canyon Dam and it's spillway are within walking distance of the south terminus of CA 147. 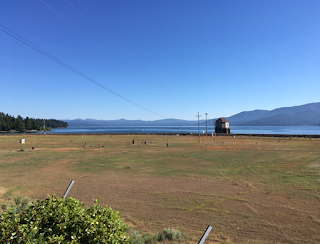 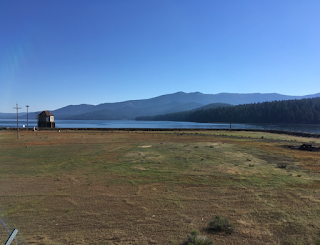