By Challenger Tom November 29, 2018
After returning to US Route 191 from Utah State Route 313 I turned south towards Moab and Arches National Park. 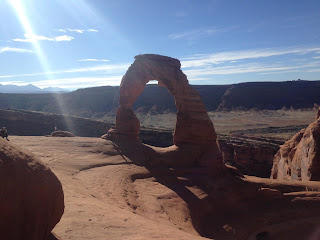 Access to Arches National Park used to be via the first Utah State Route 93.  UT 93 used to run from what was US 160 (modern US 191) directly east into Arches National Monument along Willow Springs Road.  UT 93 would enter Arches National Monument approximately where the Balanced Rock Trailhead Parking Lot is located now.  Former UT 93 is still a maintained roadway and is listed as Bureau of Land Management Route 378 on most maps.  The Arches Scenic Drive first appears on topographical maps sometime between 1952 and 1960, the current UT 93 designation on the I-15 corridor dates back to 1961.  The original UT 93 can be observed entering Arches National Monument on this 1950 State Highway Map. 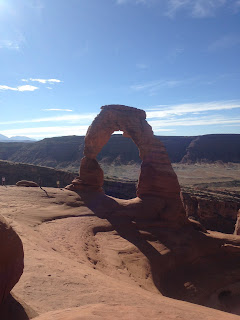 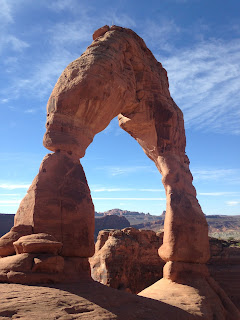 Located at the of bottom the Delicate Arch Trail is the remains of Wolfe Ranch which was settled along Salt Wash in the late 1800s.  The cabin building apparently dates back to 1906, kind of hard to envision how remote the ranch would have been during the time period. 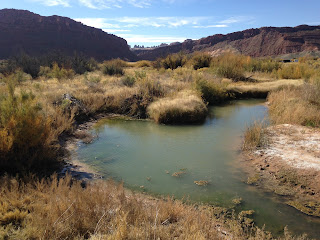 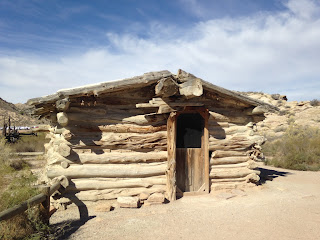 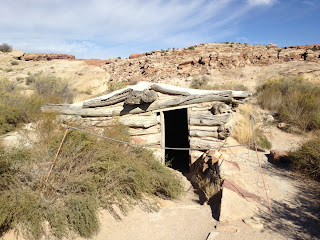 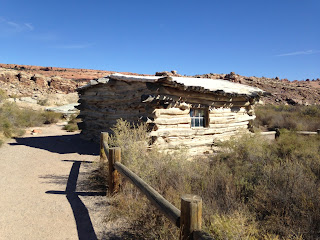 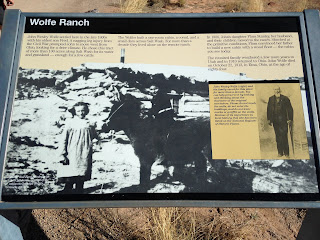 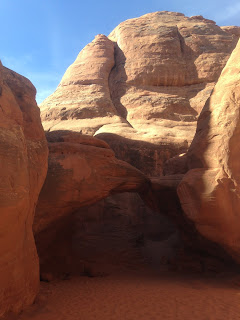 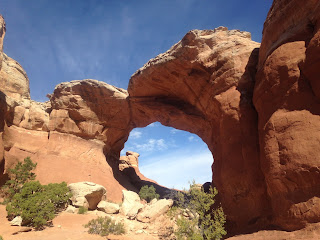 Heading back southbound on Arches Scenic Drive I stopped at the Fiery Furnace Vista which overlooks a formation of eroded sandstone hoodoos.

As mentioned above UT 93 used to enter Arches National Monument at the trailhead parking for Balanced Rock. 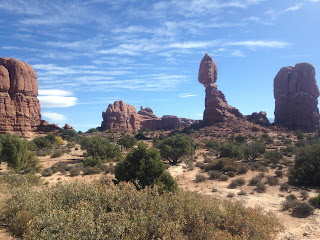 Probably the most scenic vista on Arches Scenic Drive is at the La Sal Mountains Viewpoint.  Not only does the viewpoint overlook the La Sal Range but also Courthouse Towers and Park Avenue.  If the view seems familiar it might be due to the fact that it was featured in the opening scene of Indiana Jones and the Last Crusade.

After returning to US 191 I continued south through Moab towards Blanding.  My next stop was to the west at Natural Bridges National Monument.