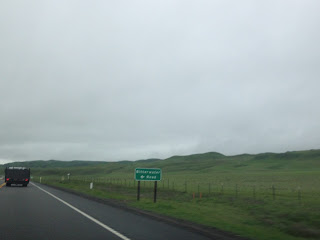 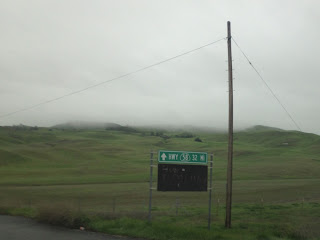 Most of Bitterwater Road is extremely poorly maintained; especially the northern segment in San Luis Obispo County which is largely open range.  The roadway is wide enough for two vehicles and isn't a difficult drive aside from the local animal population. 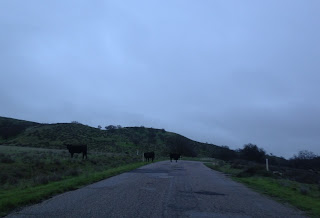 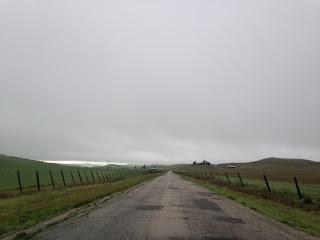 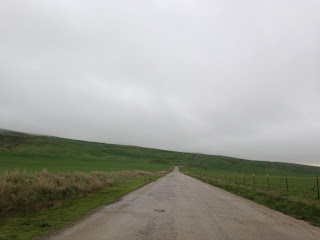 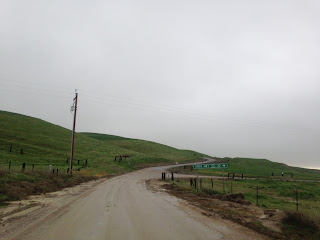 This photo looking south along the Kern County portion of Bitterwater is one of my personal favorite monochrome road photos.  I really love the conveyance of desolate isolation the fog and narrow roadway adds. 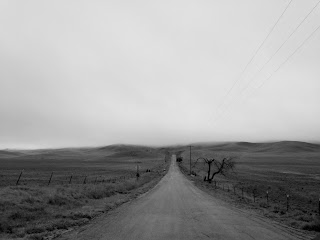 It isn't too long southbound before Bitterwater Road reenters San Luis Obispo County and obtains a center stripe.  This segment is much more well maintained and remains a mostly normal roadway south to CA 58. 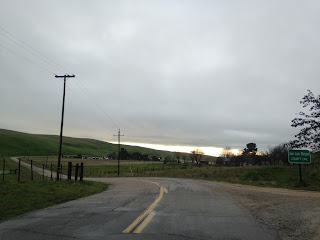 Water drainage along Bitterwater Road is virtually non-existent along the entire 32 miles.

There is a brief climb up to a summit which is approximately 2,300 feet above sea level.  The road is bad enough to slow down to about 40 MPH climbing uphill southbound. 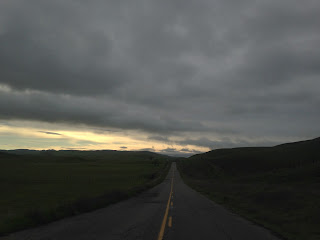 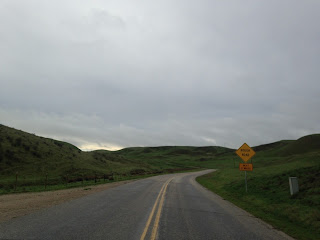 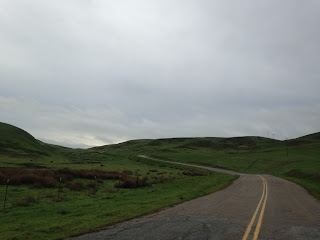 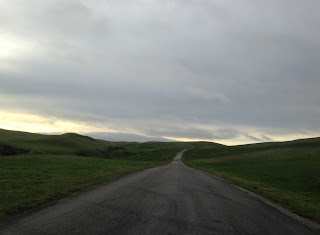 The cow population proved an issue for me on the February trip down Bitterwater Road, especially at summit.  After waiting for about five minutes I got a lucky break and trucker scared the bovine obstruction back to their farm. 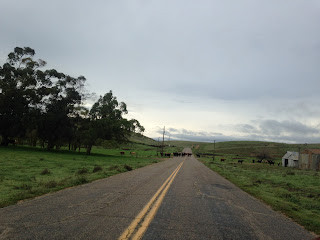 After passing the cattle ranches the La Panza Range to the southwest came into view covered in clouds.  Bitterwater Road straightens out significantly approaching it's southern terminus at CA 58. 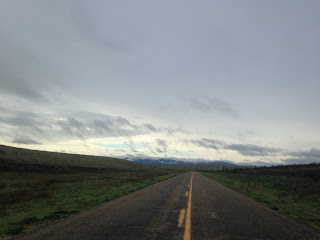 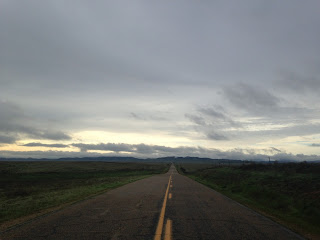 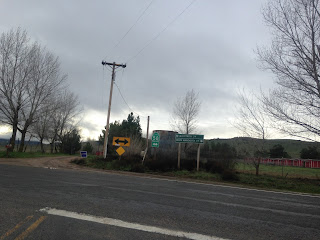 For some reason Bitterwater Road never was part of the Signed County Route program despite being really an ideal for it.  I've generally used Bitterwater Road to get from the Fresno area south to Soda Lake in the Carrizo Plain National Monument in the past.  I don't have any clear maps showing when Bitterwater Road was built but it appears to have been completed some time after the 1930s. 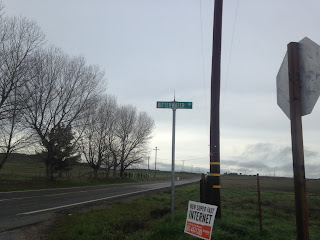