Finding America on Iowa's US 20 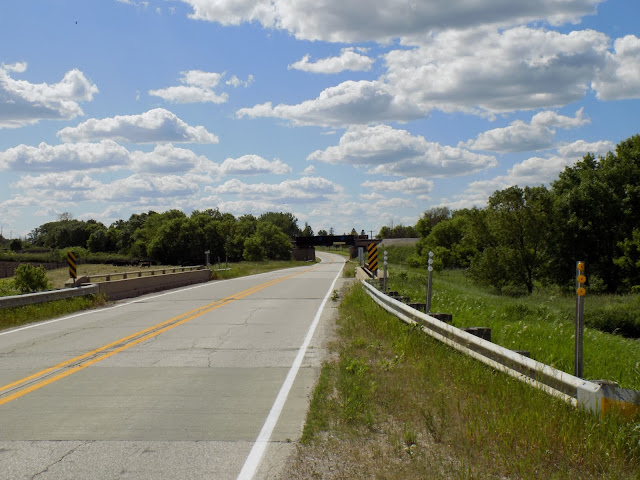 I'm slowly trying to drive every inch of US 20 from Boston, Massachusetts all the way out to Oregon. Mile by mile, town by town, state by state, this long ribbon of asphalt and concrete has much to offer along the way. In June 2019, I had the chance over a few days to visit a nice swath of US 20, both modern and historic, in Illinois and Iowa. Within Iowa, there are plenty of nice little things about the historic highway of US 20 to check out and find a slice of Americana along the way.

Before this trip, I had visited Iowa, but just barely. I had made a couple of trips across the Hawkeye State on I-80, a brief visit into the northern part of Iowa during a trip to Minnesota and also a drive along the Mississippi River from north of Dubuque down to the Quad Cities. So I used this trip to get to know Iowa a little better as well. During my trip, I also followed The 20 Tour list, which was compiled to be a scavenger hunt for neat things to find along my way. 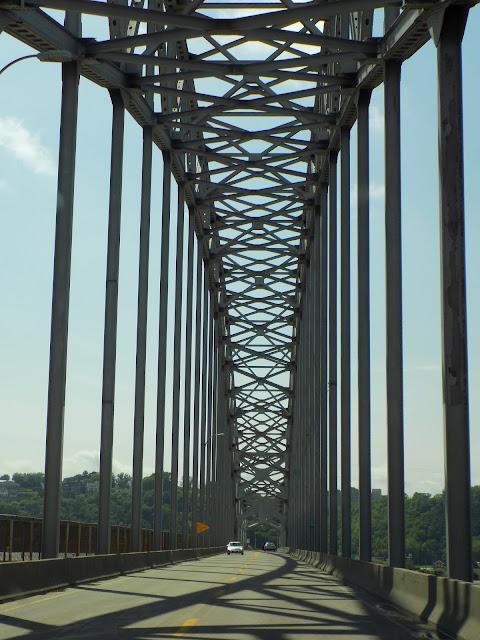 Our story begins in Dubuque, where US 20 crosses the Mississippi River from Illinois on the Julien Dubuque Bridge, named for Julien Dubuque, a French-Canadian trapper who was the first person of European descent to settle in what is now Iowa. Dubuque is a charming river city that also boasts the world's steepest incline railway, the Fenelon Place Elevator, which travels a length of 296 and 189 feet in height, giving you a bird's eye view of downtown Dubuque and the surrounding area of Illinois, Iowa and Wisconsin. Having been to incline railways in Western Pennsylvania, this was something I looked forward to seeing while I was in Iowa. 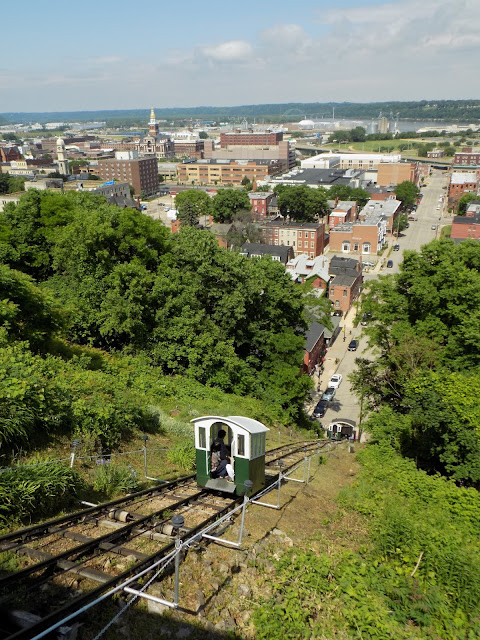 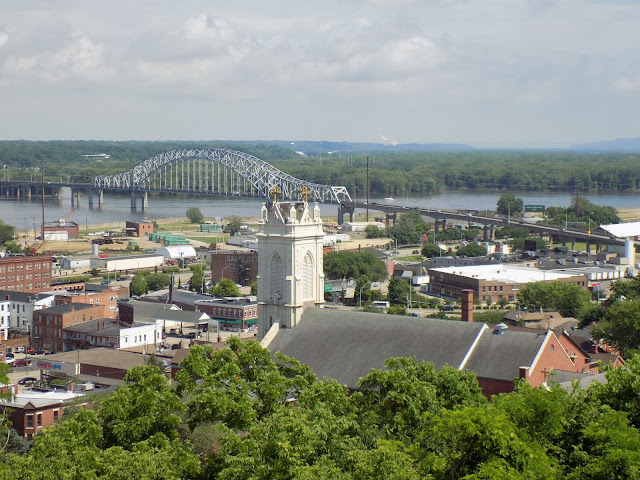 After getting in my scenic views of Dubuque, I proceeded to make my way west to Dyersville, which is home to the Field of Dreams movie site. Of course I stopped at the best known attraction in town and even saw a family playing a friendly game of baseball. Being that it was June, the iconic cornfield behind the ballfield was not in full bloom yet. But there is more to Dyersville than the Field of Dreams. The downtown business district has some nice architecture and the impressive Basilica of St. Francis Xavier. If your travels take you to Dyersville, make sure to poke around and see what the town has to offer. 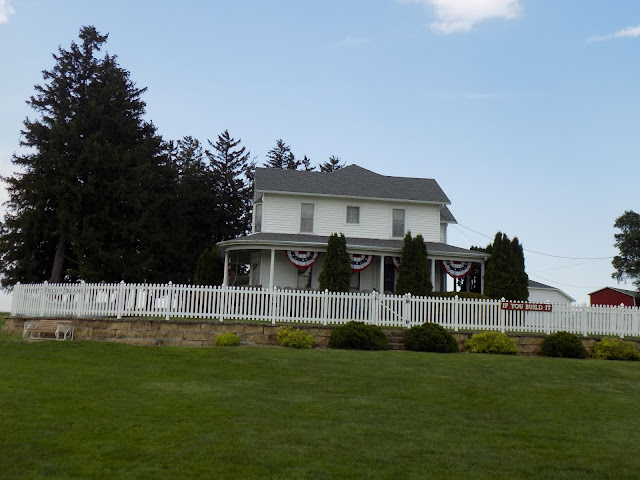 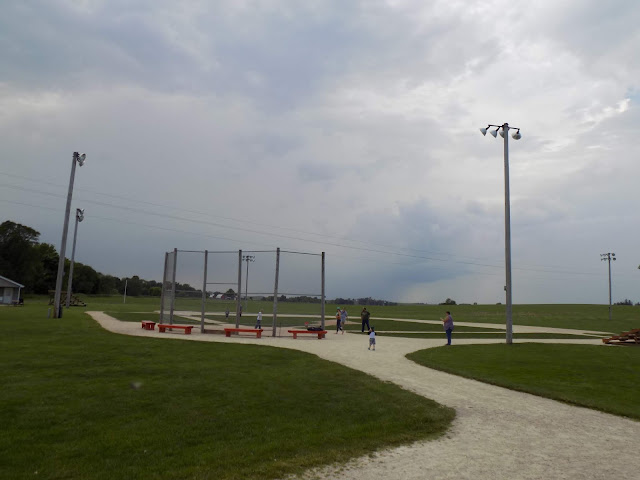 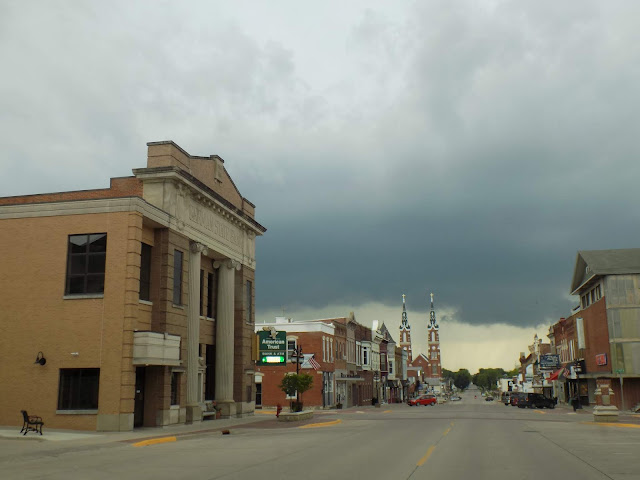 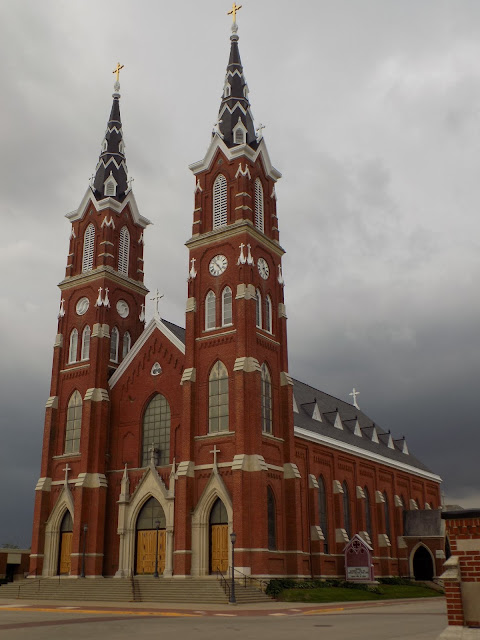 After leaving Dyersville, I wanted to make time (and there was a passing storm coming) to my destination for the night, so I high tailed over to the modern four lane US 20 that traverses the state. I made it all the way out to Waterloo, although I did some backtracking to Independence the following day. 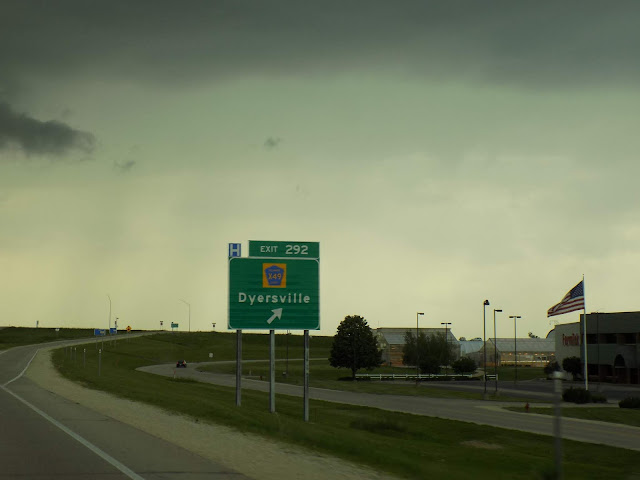 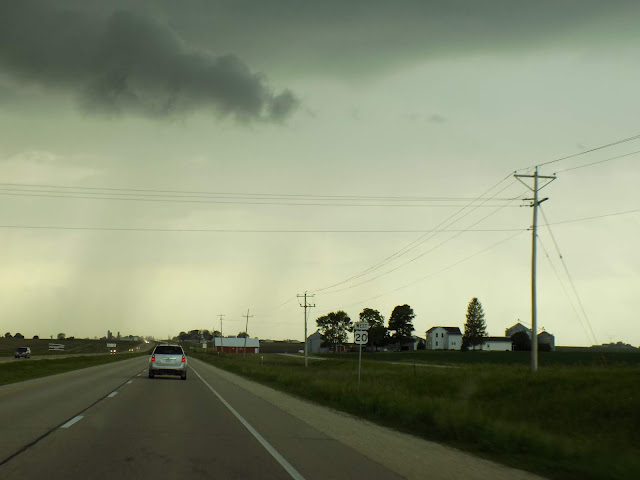 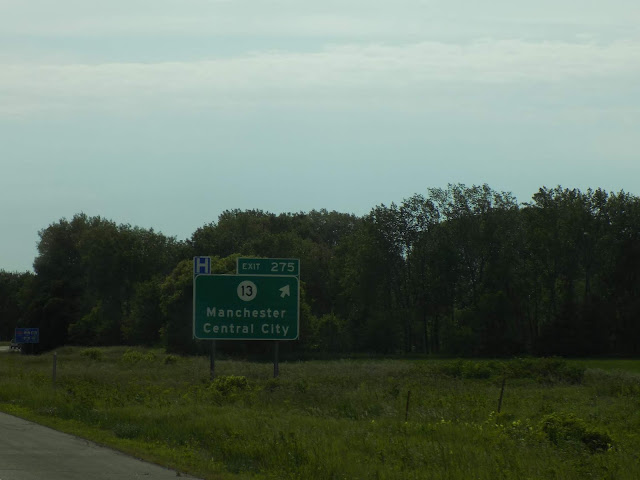 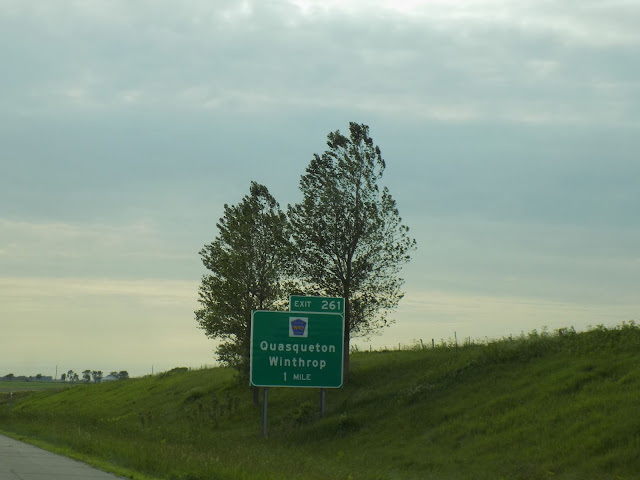 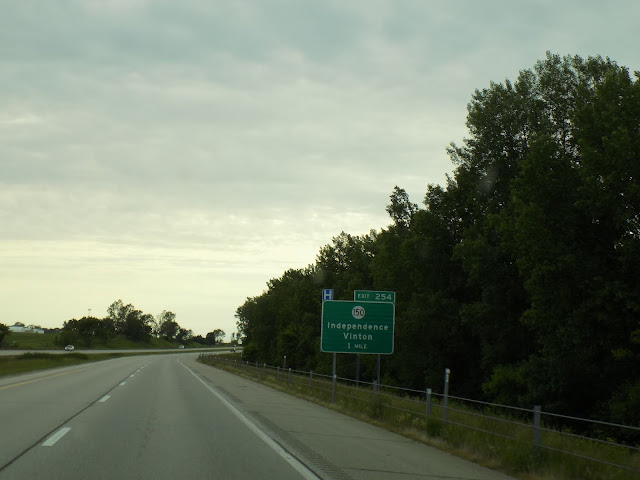 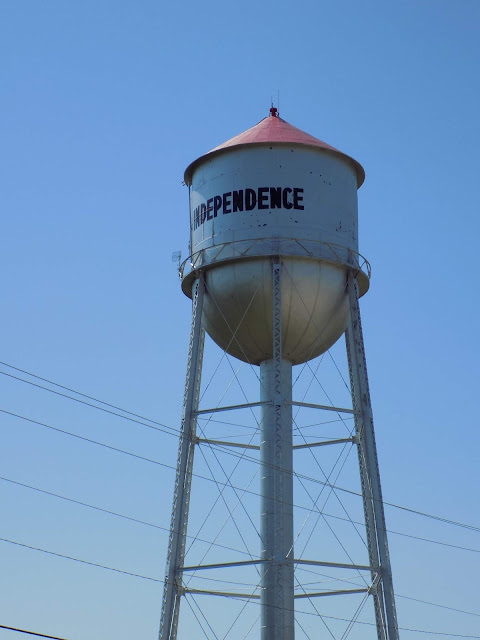 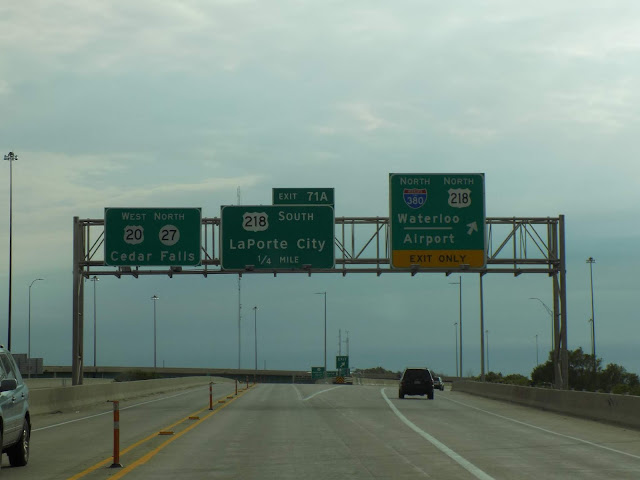 While modern day US 20 bypasses Waterloo and Cedar Falls to the south, the historic route went through both cities, and stayed to the north of the modern highway until you are west of Fort Dodge. Instead of staying on the modern highway, I checked out the downtowns of these cities and found some pleasant surprises.

Between Cedar Falls and out towards Iowa Falls, the historic alignment of US 20 followed IA 57. Along this highway, I was treated to a varied scenery that included rolling hills, farmland and some small towns with great character as well. I also spotted something along the way that reminded me of the town where I grew up. 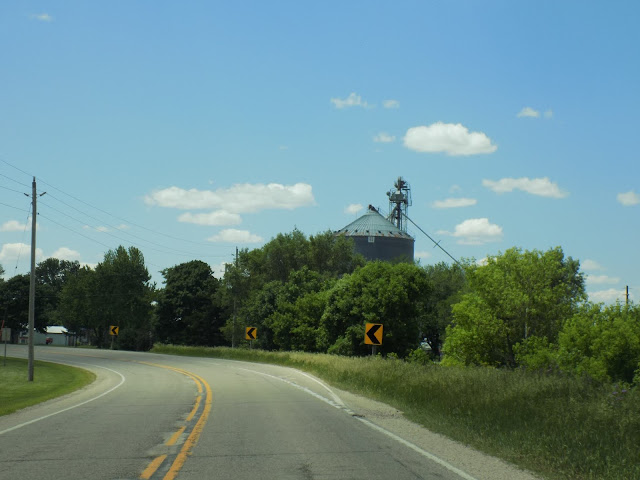 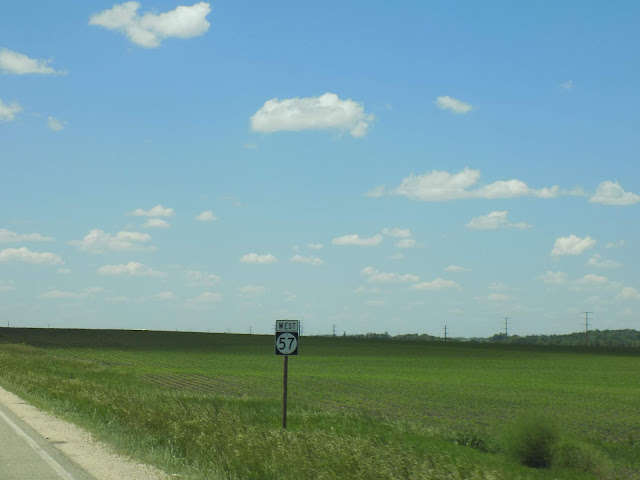 Once I arrived in Iowa Falls, I found a good number of bridges that cross the Iowa River that are worth seeing, but I didn't look close enough to find a waterfall, even with being a waterfall junkie. Historic US 20 once went through town, from the north with US 65 and then west through downtown on Washington Avenue and out to Alden. My favorite bridge in Iowa Falls wound up being the Swinging Bridge that serves as a pedestrian bridge over the Iowa River.


After leaving Iowa Falls, I headed south to hop back onto the modern day US 20. I wound up taking the freeway west to a little past Fort Dodge, but I made a brief pit stop in Webster City along the way. 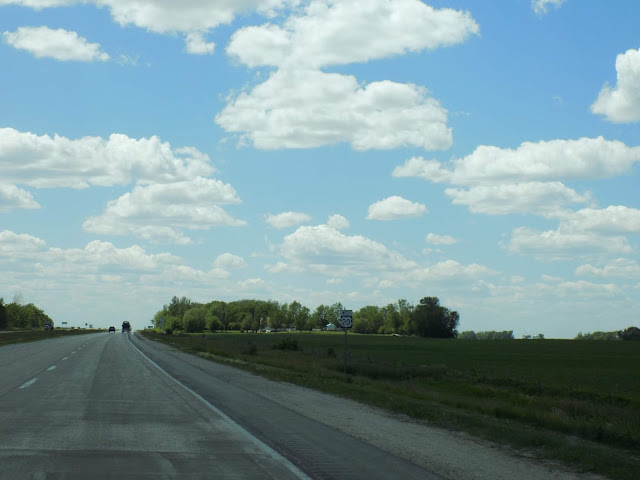 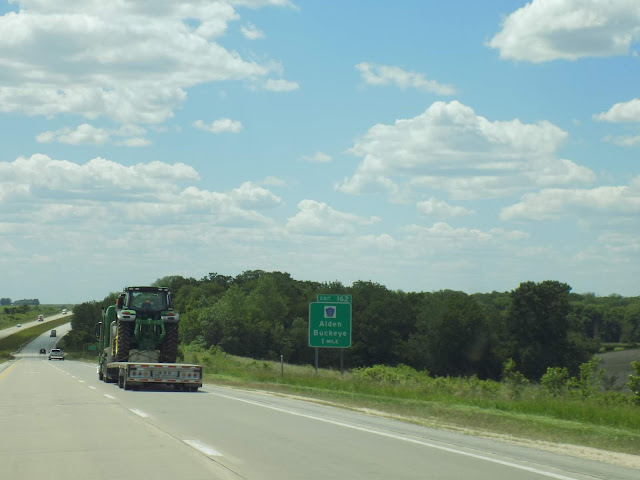 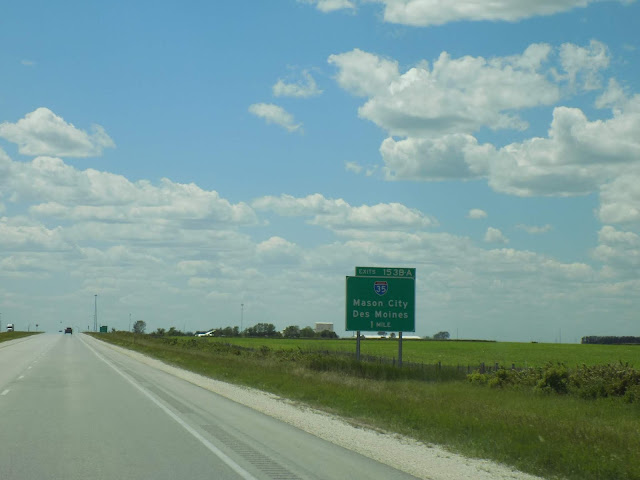 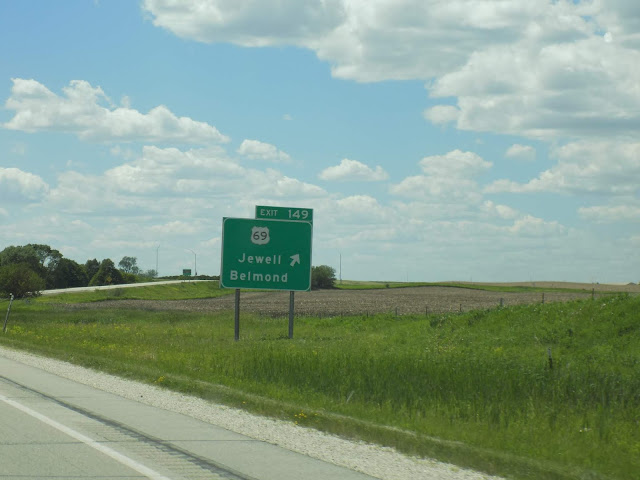 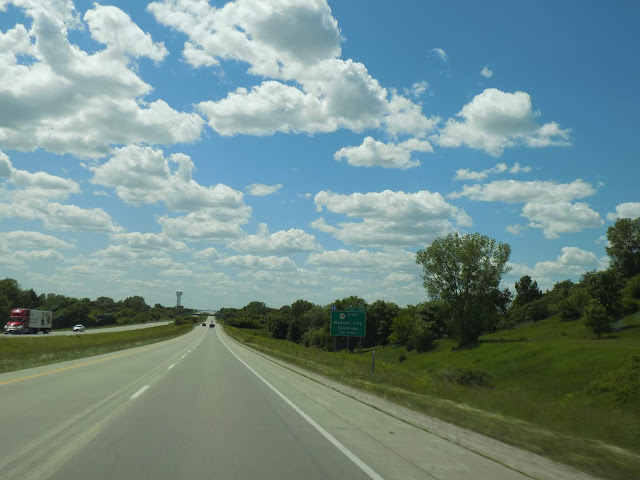 I wasn't sure what to expect when I decided to stop in Webster City. What I found was a nice downtown business district with plenty of interesting buildings. I also found the end of the Dragoon Trail, which is a historic auto trail in Iowa. I also found a gas station that made me want to ramble on to myself in ValleySpeak for hours on end. What can I say, I was driving by my lonesome. I entertain myself in odd ways. 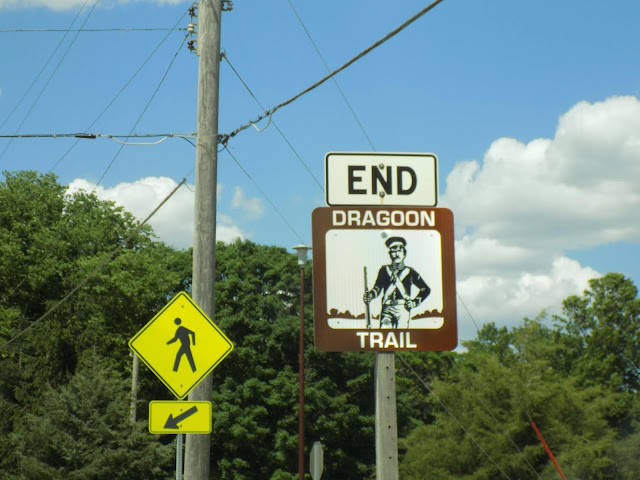 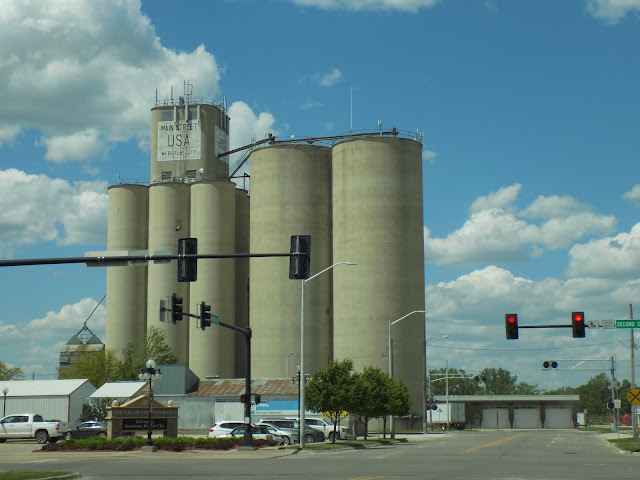 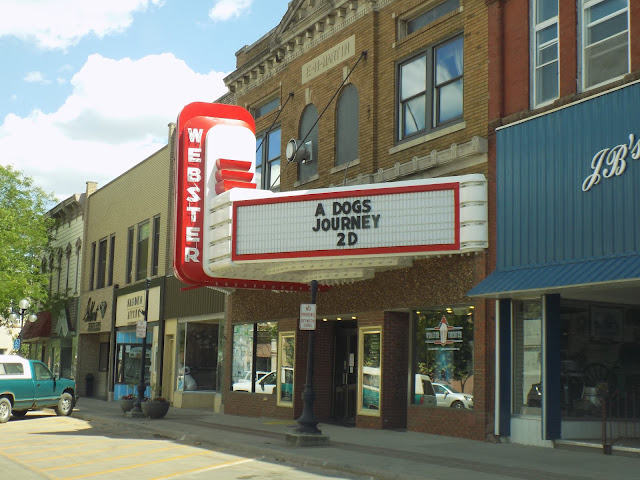 Now to go back onto modern US 20 for a bit around Fort Dodge and head on to our next stretch of Historic US 20 from there. That stretch I feel may be one of the more interesting sections of the old road. Going through locales like Rockwell City, Lytton, Sac City and Correctionville, you'll find a slice of Americana along Historic US 20. 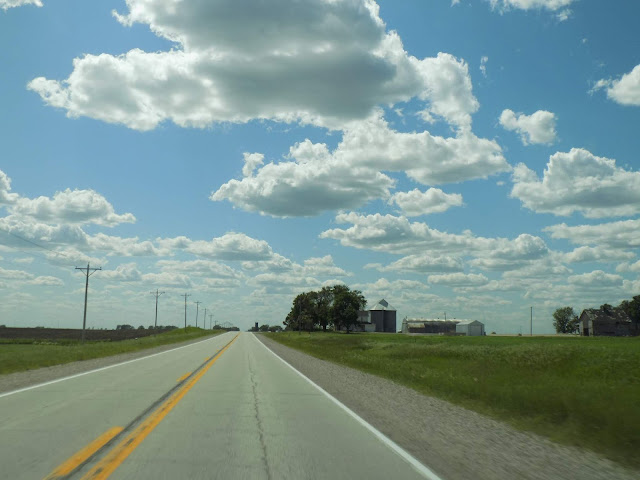 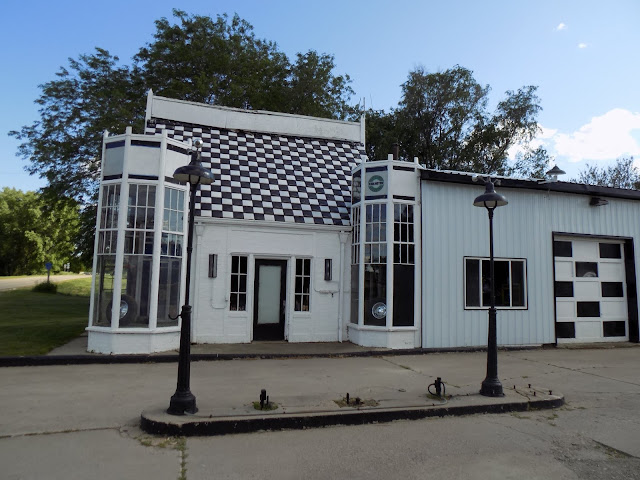 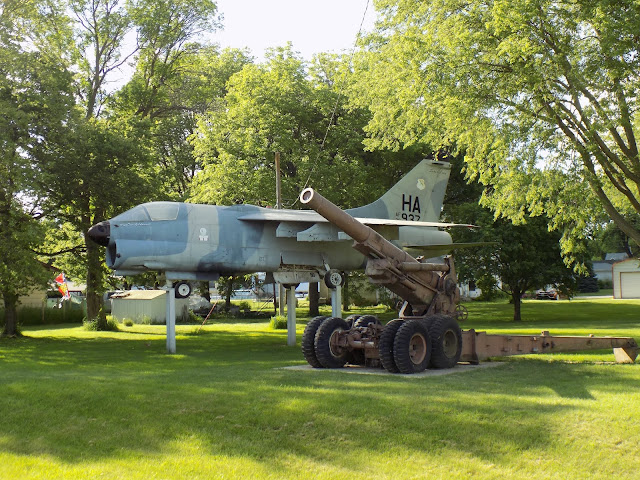 After driving through Correctionville, it was back onto modern day US 20 out to Sioux City and into Nebraska. I enjoyed driving the historic stretches of US 20 in Iowa and I hope to check it out again someday. In the meantime, enjoy the westernmost miles of US 20 in the Hawkeye State. 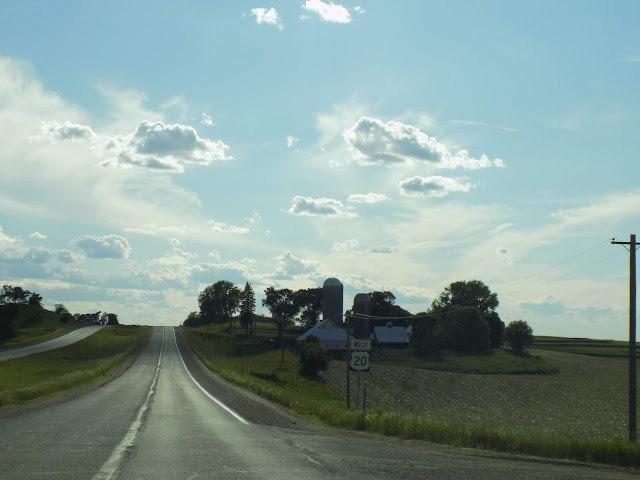 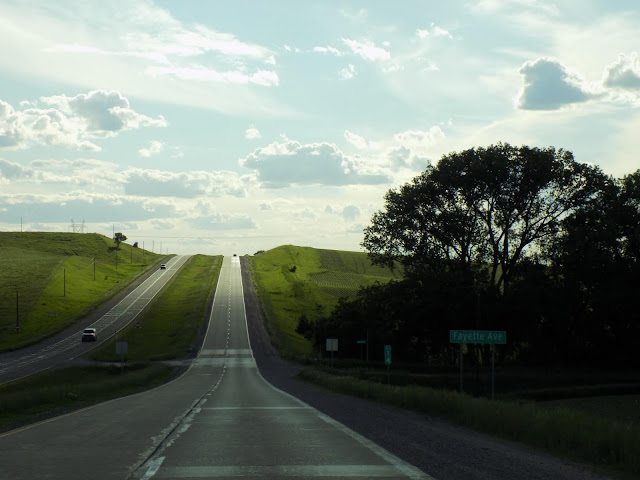 Justin Calkins said…
I live in Iowa Falls. Thank You for including us on your journey!
8:39 AM