By Adam March 28, 2020
Another example of a planned but never published item from the old website.  This time it is the third day of my 2007 New Mexico Vacation.  A trip that took me into Colorado and to Mesa Verde National Park.  A trip that had me in awe.

I left for the day rather early around 5 am local time and headed northwest to Colorado and Mesa Verde National Park.  I took I-25 north to US 550 which I would take to Durango, Colorado before heading west on US 160 to Mesa Verde. 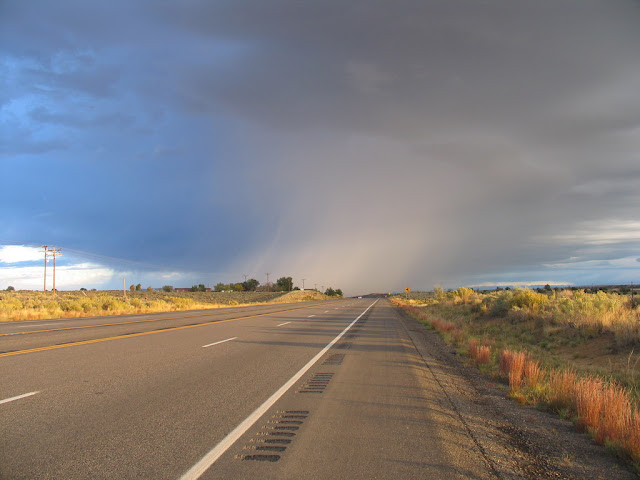 That morning, I must have missed some rain showers and thunderstorms as though it did not rain on me the whole trip; it was easy to tell that I most likely was a couple of minutes behind.  The trip north on US 550 was full of distant flashes of lightning over the open land.  Being from the East Coast, this was really my first exposure to storms like this over relatively flat land.  It, at least for me, was impressive.

At Durango, I headed west on US 160 towards Mesa Verde.  The scenery was greener and just as stunning. 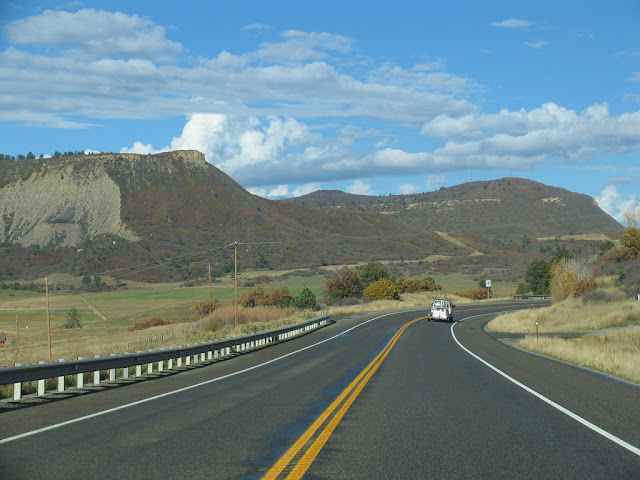 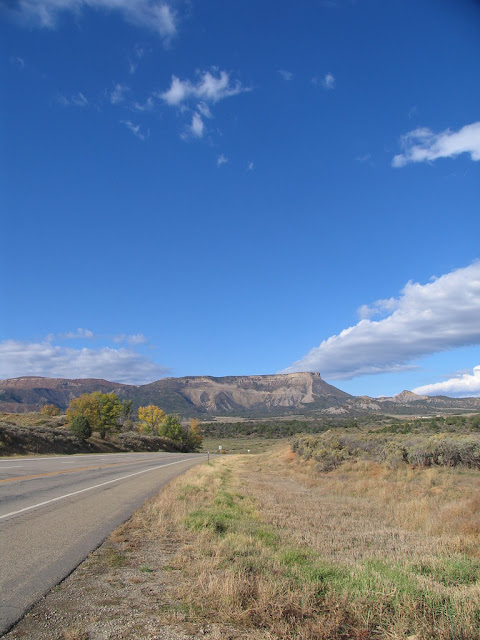 To get to Mesa Verde National Park, you need to exit off of US 160.  It sets up for a pretty impressive entrance. 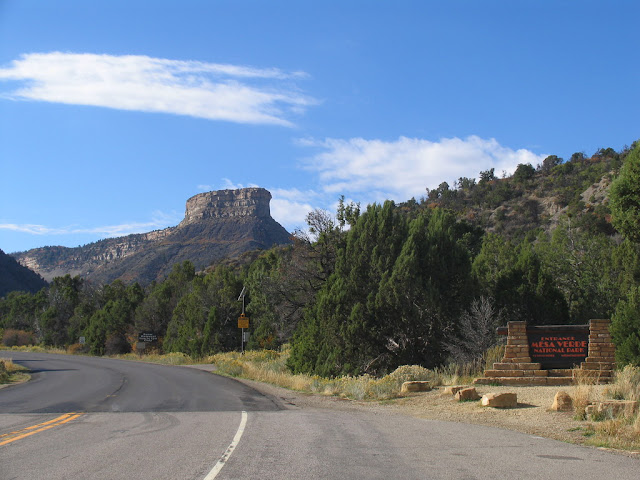 Mesa Verde is one of our oldest National Parks.  Established in 1906, the park was created to preserve and interpret the archeological heritage of the Ancestral Pueblo people.  Mesa Verde translates to Green Plateau from Spanish.

Once inside the park, I took the long drive to the plateau to the Fair View Lodge which is the visitor's center and gift shop for the park. Looking back at the photos from this trip 12 years later, I am still amazed at the beauty and wish I could have spent more than the four to five hours I spent that day here. 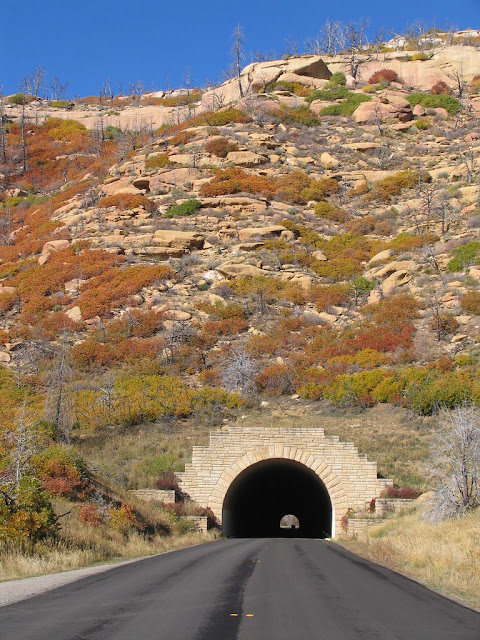 Just after the tunnel is the Montezuma Valley Overlook.  Simply put, it is an amazing view. 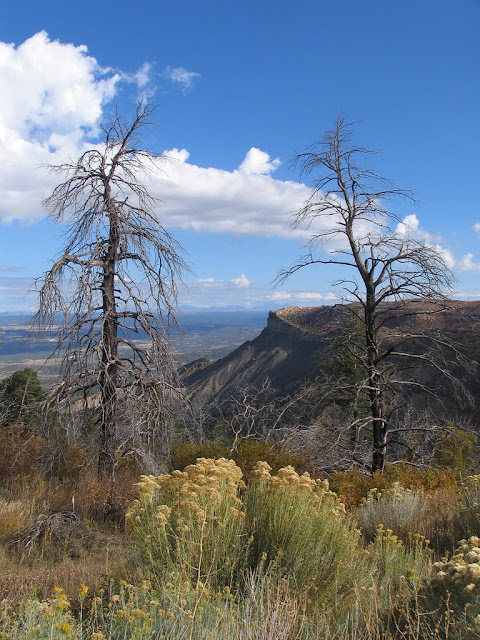 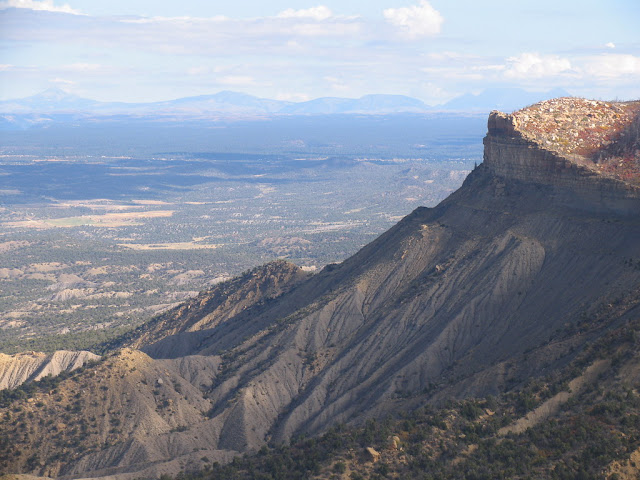 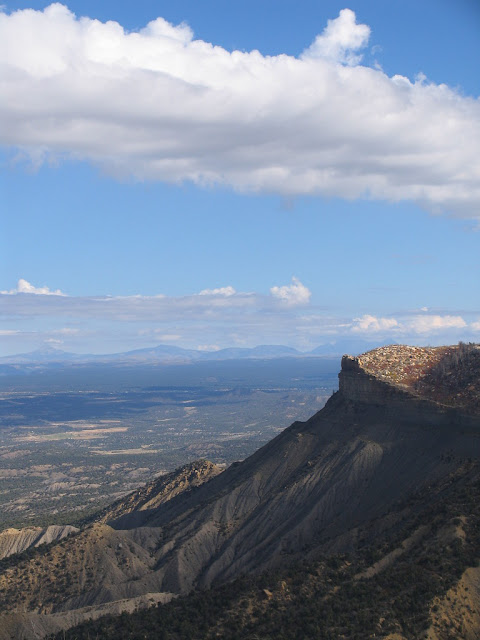 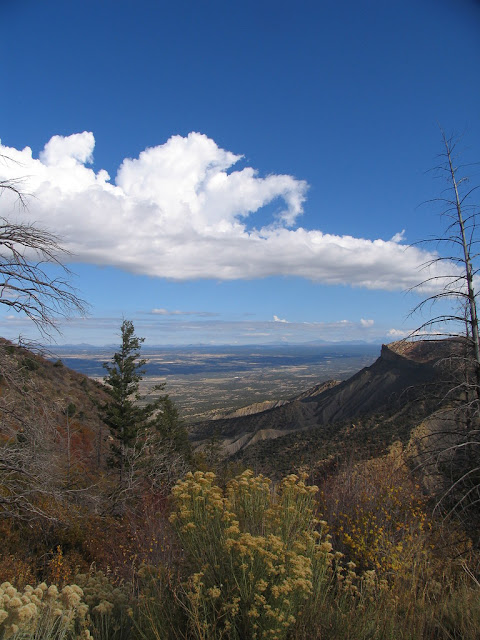 I drove the Mesa Top Loop Auto Trail that day.  The six mile loop road sits on top of Chapin Mesa and offers great views of a number of the cliff dwellings and of Navajo Canyon. 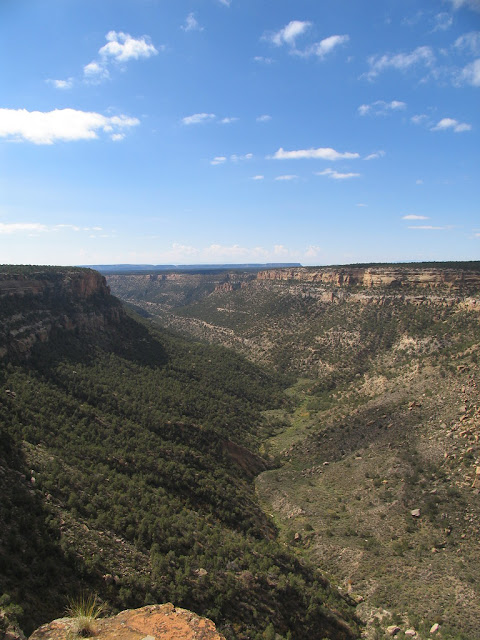 The first cliff dwelling overlook is for the square tower house.  This multistory dwelling was built around the 12th century.  Visitors can take a two hour guided tour of the grounds daily. 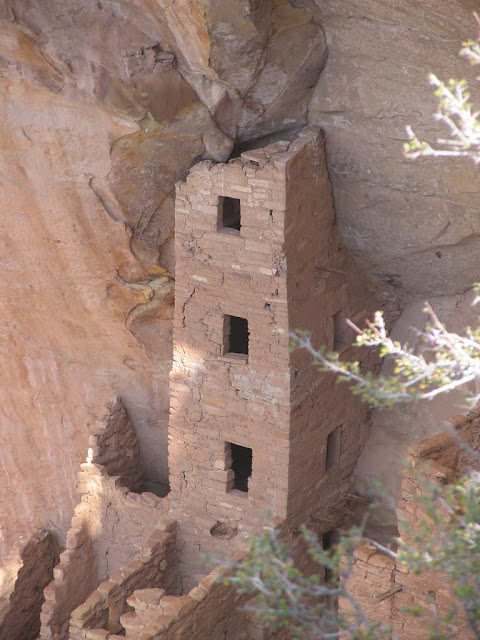 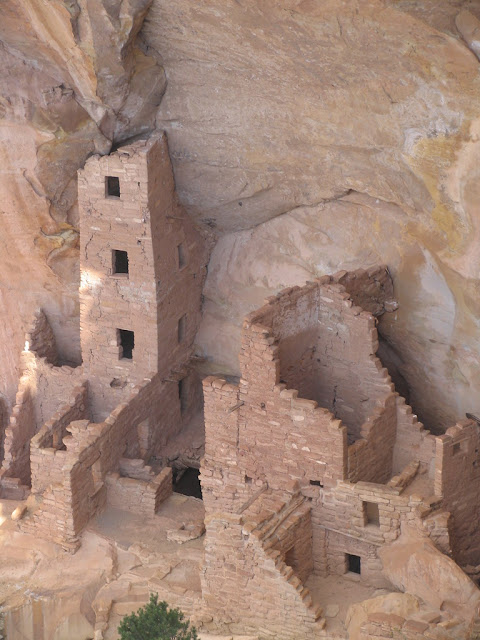 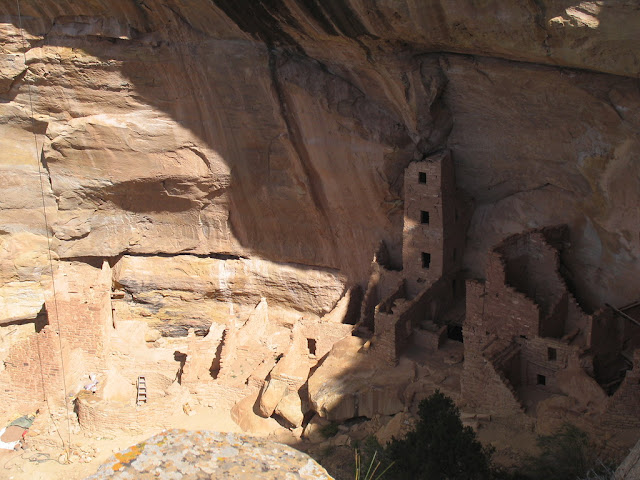 The next stop is Sun Point View which offers views 12 different cliff dwellings from the overlook. 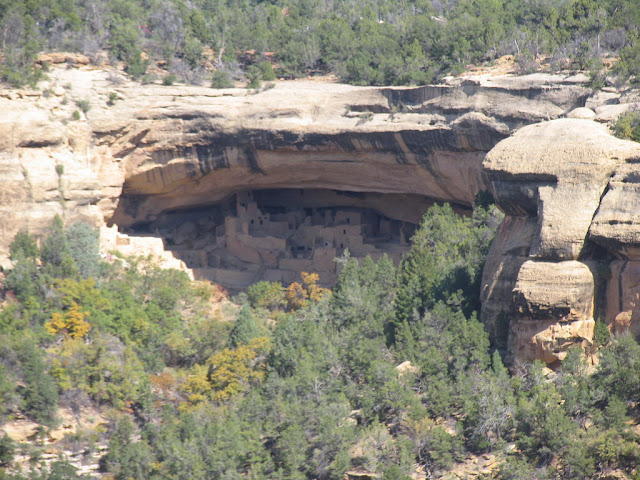 Continuing on the auto trail, the next stop is the Oak Tree House.  Estimated to date to the year 1250, these dwellings are located in one of the numerous alcoves within the canyon.  Approximately 50 rooms and six kivas are located here.  Guided tours of the dwellings also occur here. 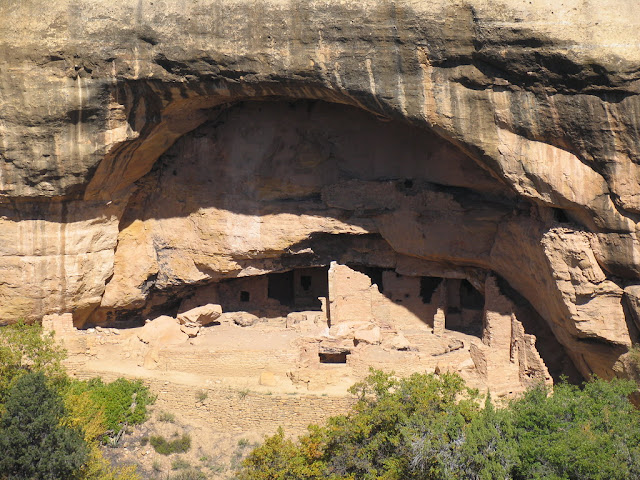 Nearby is the Fire Temple/New Fire House overlook. 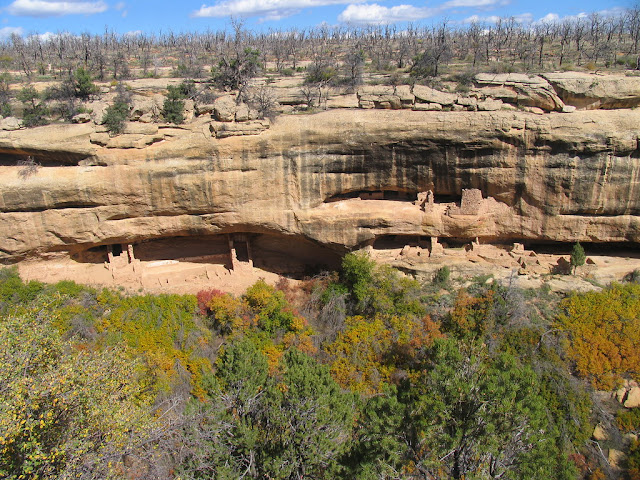 Heading out of the park, I stopped at a few more overlooks along the entrance road Geologic Overlook continued with the impressive views. 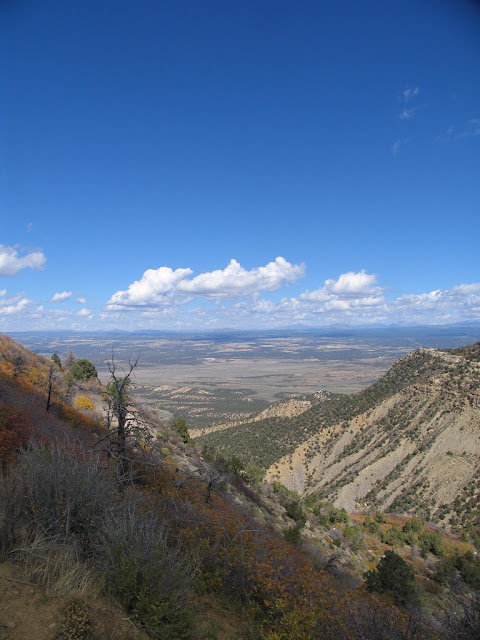 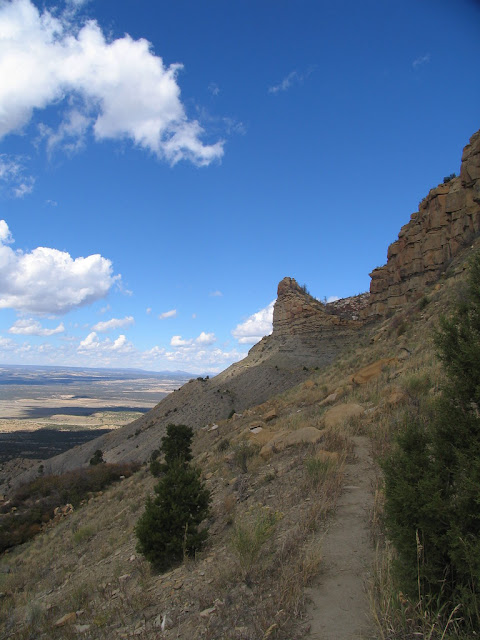 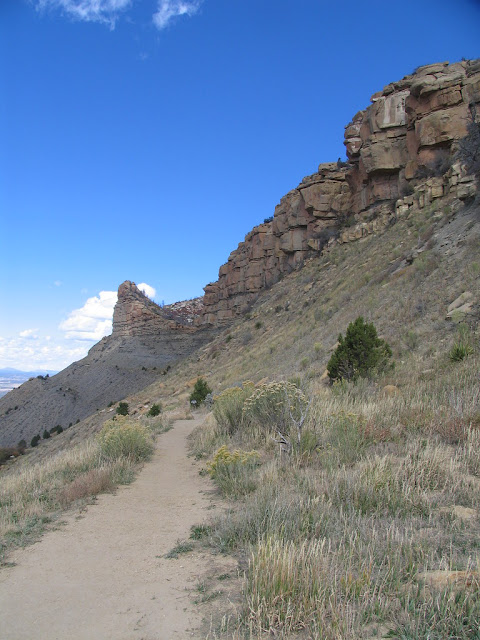 The road was narrow but the views were amazing! 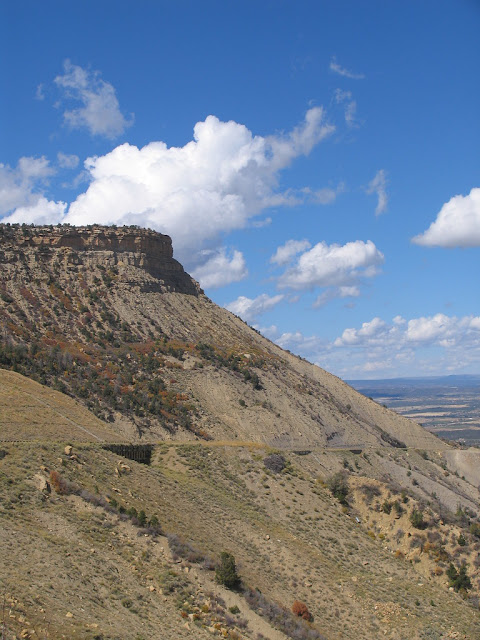 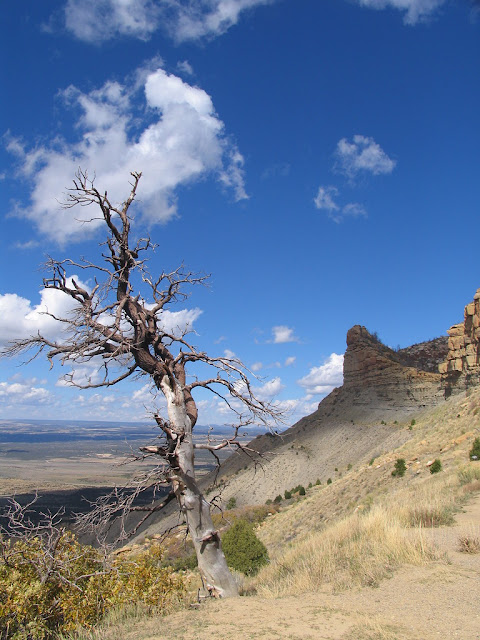 After my visit, I continued towards the Four Corners.  Where US 160 splits off from US 491 south of Cortez, Colorado is an amazing view. 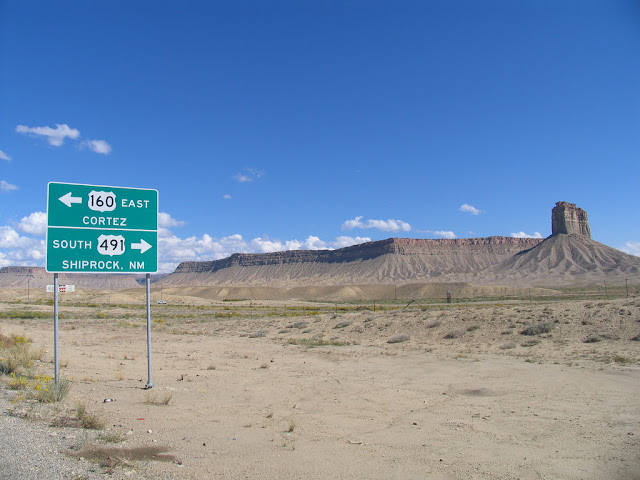 Compared to Mesa Verde, Four Corners is underwhelming.   It is a nice little monument and there are a number of stands selling local goods.  And it is always nice to have a photo of yourself in four states at once. 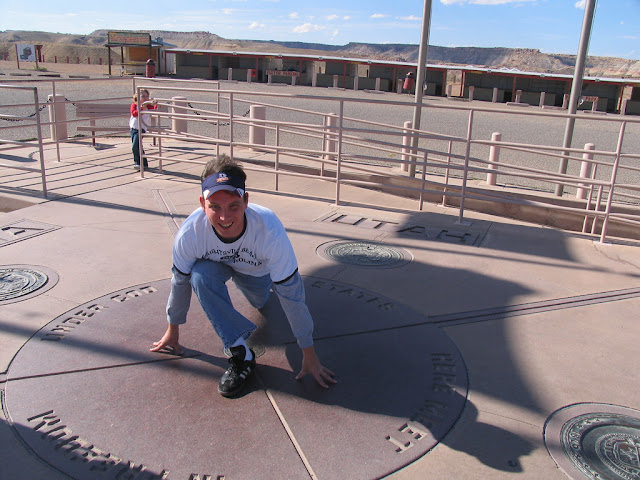 From there I headed south on US 491 to Gallup and picked up I-40 East to head back to Albuquerque.