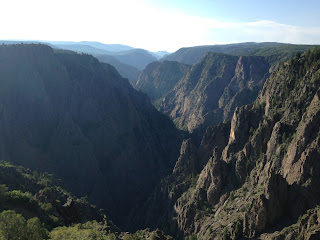 The south entrance of Black Canyon of the Gunnison National Park (I'll be short handing to "Black Canyon" so it doesn't take to write from hereon in) is accessed by via the 5.2 mile long CO 347.  CO 347 begins east of Montrose and makes a fast ascent northward to the south entrance of Black Canyon near Jones Summit.  The route that ultimately became CO 347 was added to the State Highway System in 1939 but can be seen as a locally maintained road on the 1939 Rand McNally Highway Map of Colorado. 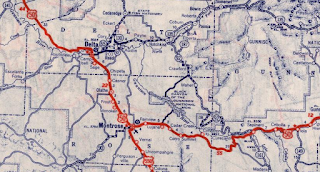 The first map that clearly shows CO 347 is the 1947 Shell Highway Map of Colorado. 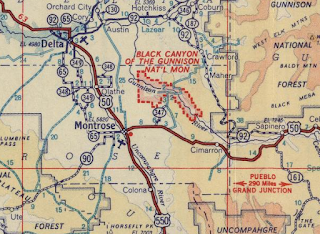 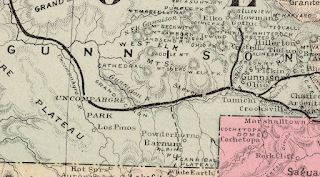 In March 1933 much of Black Canyon was declared a National Monument.  The Civilian Conservation Corps constructed the North Rim Road between 1933 through 1935.  The South Rim Road (which is the continuation of CO 347) appears to have been constructed around the same time.  Black Canyon was elevated to a National Park in October 1999 and currently encompasses 30,750 acres.

The South Rim Road has twelve view points beyond the terminus of CO 347. 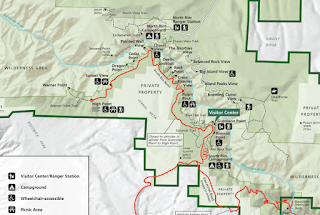 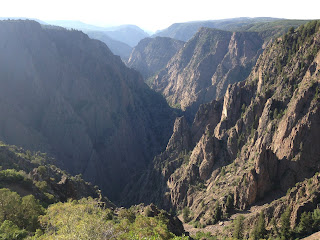 My next stop on South Rim Road was at the Park Visitor Center for a look from Gunnison Point.  I should note that the hiking trails through most of Black Canyon lie above an elevation of 8,000 feet and tend to be on the shorter side. 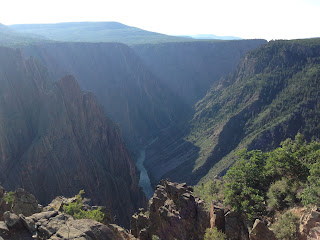 Next along South Rim Road I stopped at the Cross Fissures View. 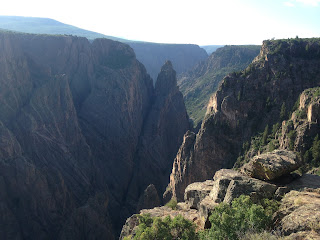 South Rim Road begins to swing westward.  I stopped and hiked the Rock Point Trail out to the rim of Black Canyon.

Just west of the Rock Point Trail the Devil's Lookout Trail can be accessed from South Rim Road. 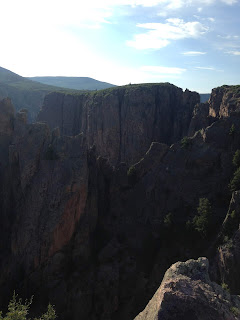 From the Devil's Lookout Trail I next stopped west on South Rim Road at the Chasm View. 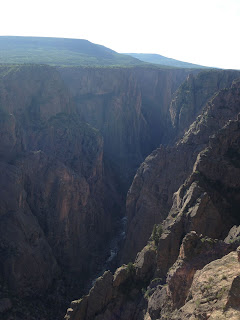 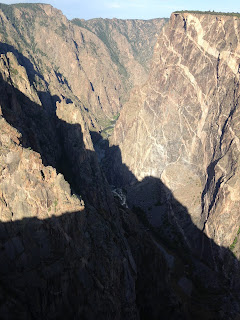 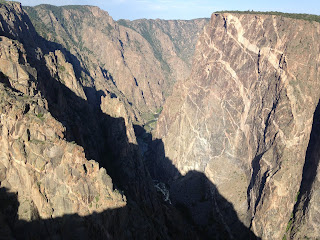 From Black Canyon's south rim I turned to US 50 via CO 347.  My next destination was south on US 550 and the Million Dollar Highway.