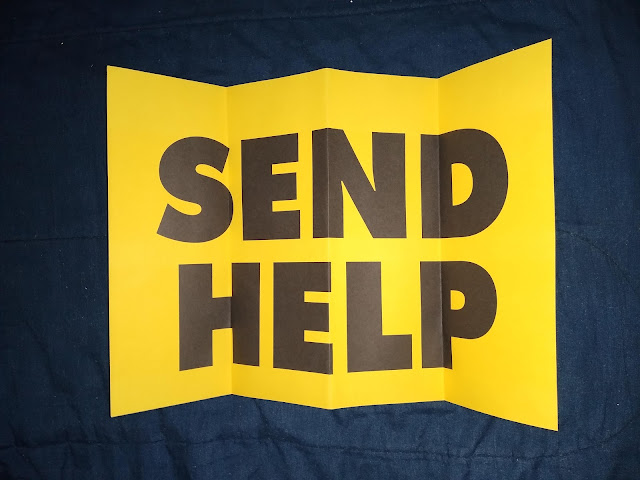 A number of years ago, the New York State Department of Transportation offered foldout Motorist Assistance Maps at rest areas along the Adirondack Northway section of Interstate 87. At the time, cellular phone service was quite sporadic, especially as you descended upon the Adirondacks north of Lake George, and then picked up again once you got out of the mountains near Plattsburgh. So what was the stranded motorist with vehicle issues to do? In Essex County, there were call boxes once every two miles. But there were also the motorist assistance maps which displayed "SEND HELP" in bold letters when folded out. But there were more to signs than just a means to convey that you needed help with the situation at hand.


The insides of the foldout include such useful pieces of information as a map of the Northway from Albany to the Canadian border, an exit guide showing exit numbers, destinations and mileposts along the entire stretch of the Northway, along with tidbits on emergency motorist aid information and how to read mile markers. In the winter of 2007, there was a controversy regarding cell phone service on the Northway after two men had died while being stranded on I-87 in the Adirondacks and there was no way to call for help. Within a few years, cell phone service was introduced along the highway and these motorist assistance maps were phased out, but not before I could grab my own copy. This particular version was published in April 2007. 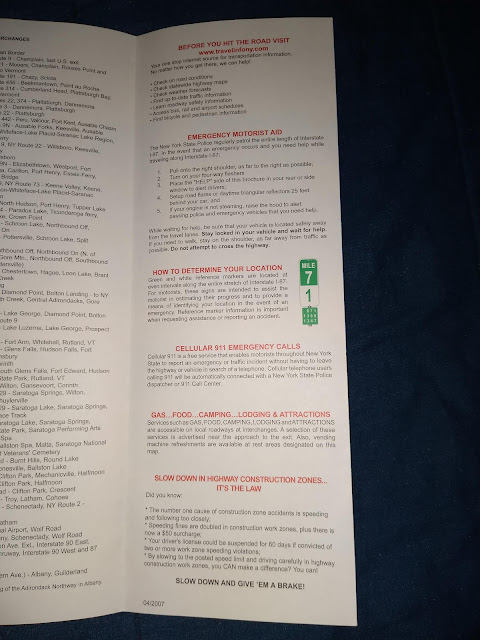 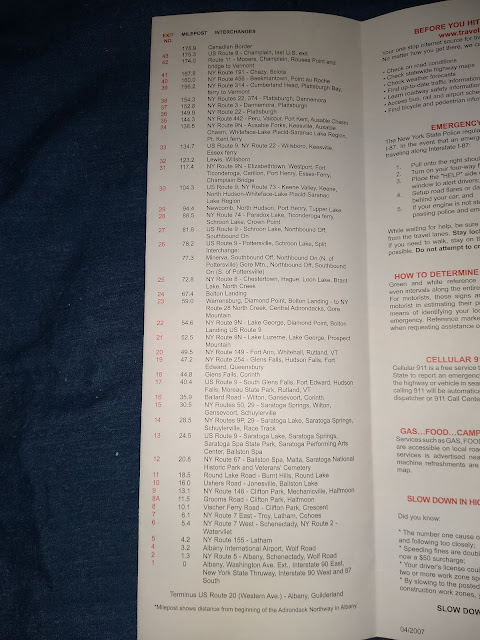