By Challenger Tom July 19, 2020
This week we examine the history of California State Route 53. 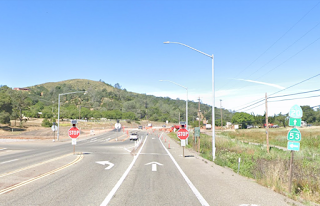 California State Route 53 ("CA 53") is a 7 mile north/south State Highway entirely contained to Lake County.  CA 53 begins at CA 20 and terminates to the south at CA 29 in the City of Clearlake. 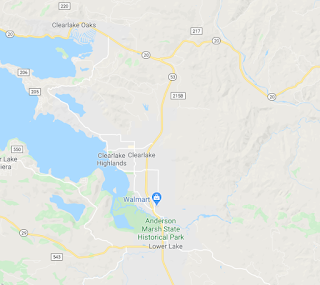 LRN 50 between Rumsey and Lower Lake appears to not have had a early clear routing as it does not appear on the 1918 Division of Highways State Map. 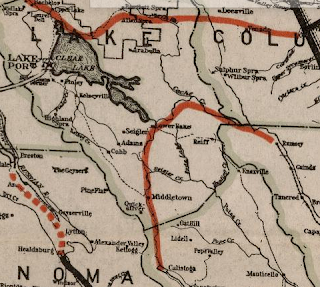 The 1922 Division of Highways Map shows the planned route of LRN 50 between Lower Lake and Rumsey taking a more southern angle way from the confluence of Cache Creek/North Fork Cache Creek. 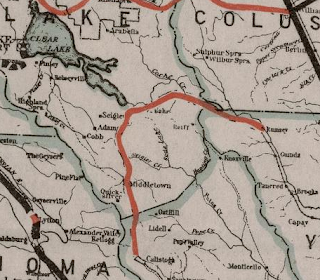 The 1926 Division of Highways State Map shows LRN 50 was realigned north of Lower Lake to LRN 15.  LRN 50 followed LRN 15 east to Wilbur Spring where it split southeast towards Rumsey. During 1933 the definition of LRN 49 was extended south to Napa, LRN 50 was also extended eastward to Woodland.  Both LRN 49 and LRN 50 were given updated definitions during 1935 according to CAhighways.org:

Subsequent to the changes above CA 53 first appears on the 1938 Division of Highways State Map as a highway between CA 20/LRN 15 south to CA 29/LRN 49 in Middletown.  CA 53 was entirely aligned on LRN 49 for it's entire length. 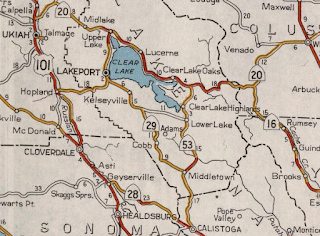 The above alignment can be seen in the former of LRN 49 on the 1935 Division of Highways Map of Lake County. 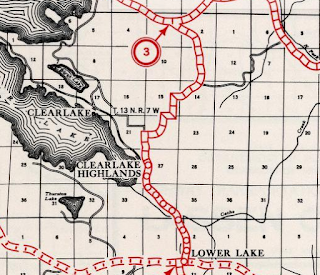 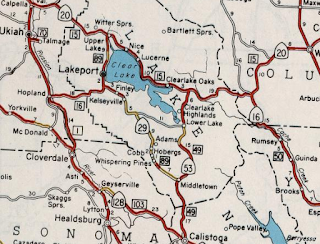 The July/August 1958 CHPW discusses the route improvements to CA 53.   CA 53 between Lower Lake and Cache Creek was cited to have been realigned during 1953. 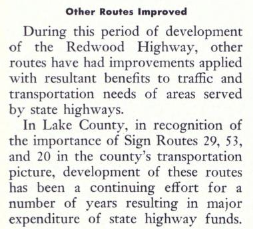 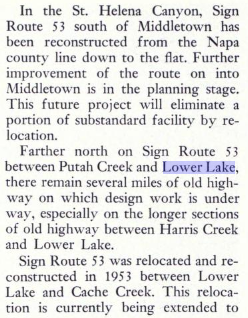 During the 1964 State Highway Renumbering CA 53 was truncated from Middletown to Lower Lake.  CA 29 was realigned off it's original corridor onto what was CA 53 between Lower Lake and Middle Town, the original corridor of CA 29 became part of CA 175.  For all intents and purposes the modern iteration of CA 53 took form as a result of the 1964 State Highway Renumbering.  All these changes can be seen on the 1964 Division of Highways State Map. 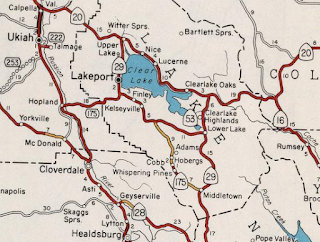 Our virtual drive on CA 53 southbound begins from CA 20 westbound.  Note; all images below are ripped from Google Street View. 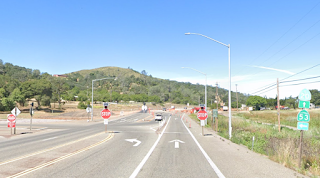 CA 53 is signed as 7 miles from Lower Lake immediately south of CA 20. 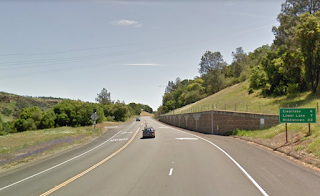 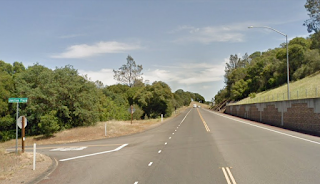 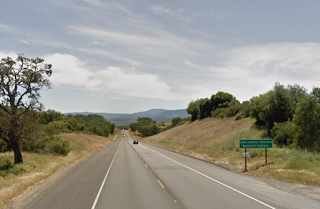 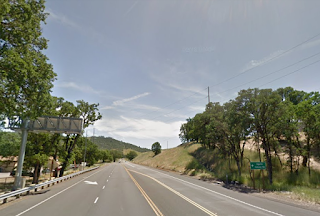 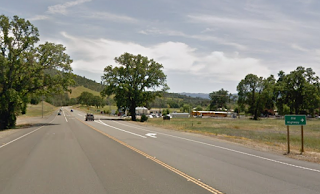 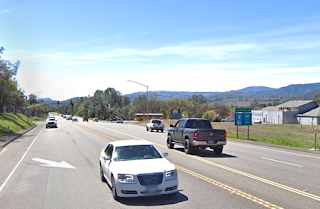 CA 53 south expands to four lanes and is signed as 3 miles from Lower Lake. 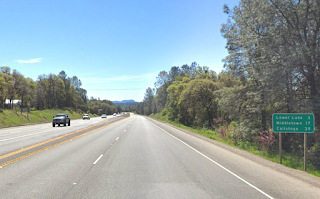 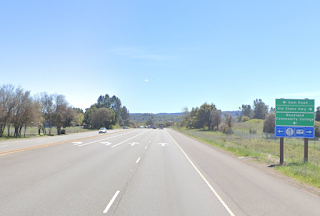 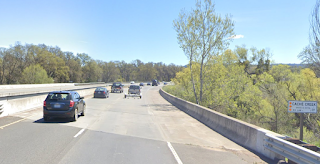 At Postmile LAK 0.724 CA 53 south passes by Anderson Marsh State Historic Park which can be accessed via Anderson Ranch Parkway. 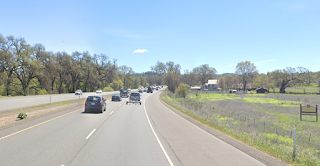 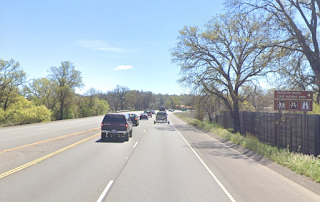 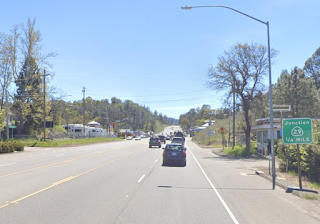 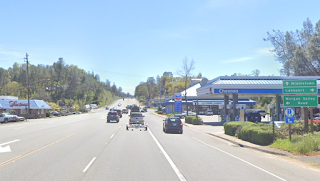 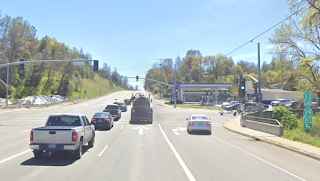