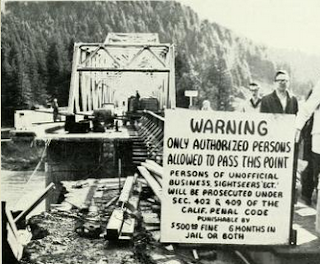 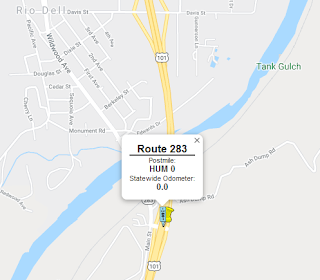 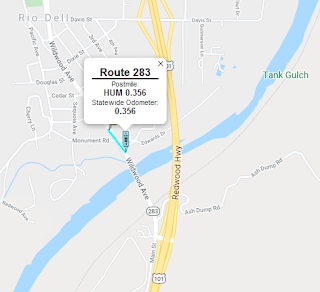 Part 1; the history of the Rio Dell Bridge and California State Route 283

The communities of Scotia and Rio Dell were part of Legislative Route 1 ("LRN 1").  LRN 1 was known as the Redwood Highway and was originally defined as a route between San Francisco north to Crescent City.  LRN 1 was part of the 1909 First State Highway Bond act which was approved by voters during 1910 according to CAhighways.org.  LRN 1/Redwood Highway first appears under state maintenance on the 1918 Division of Highways State Map. 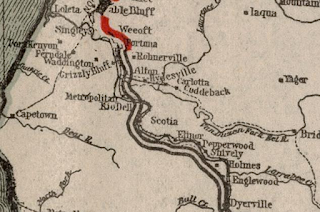 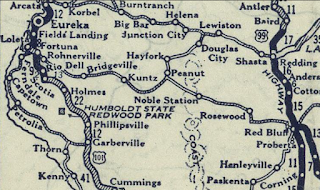 Early US 101/LRN 1 appear on the 1935 Division of Highways Map of Humboldt County. 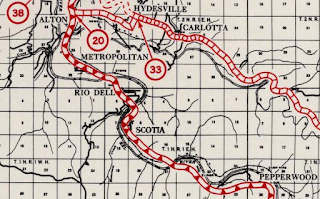 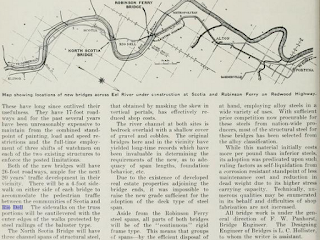 The Rio Dell Bridge, Robinson Ferry Bridge, and the Smith River Bridge in Del Norte County were all dedicated during ceremonies on March 27th-28th 1941 according to the April 1941 CHPW.  All three bridges were cited to be part of the National Defense Highway System which meant they were a priority during World War II.  The original Redwood Highway/LRN 1 steel structure can be seen next to the Rio Dell Bridge during the dedication ceremony and is cited to have been condemned. 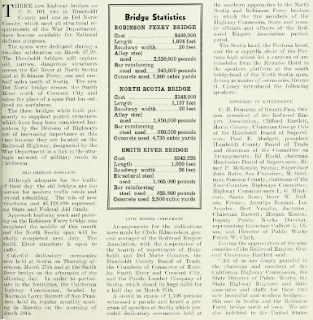 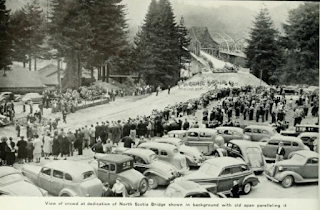 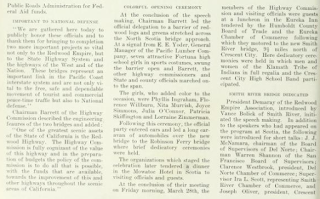 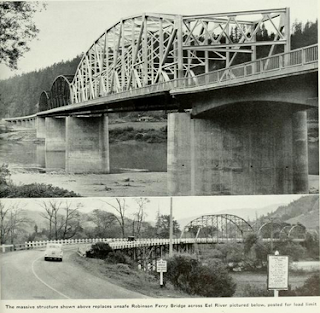 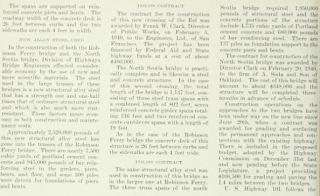 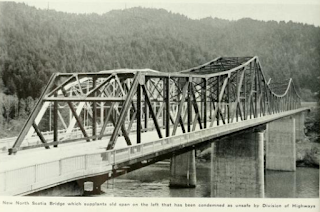 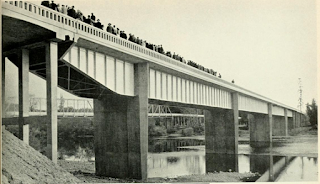 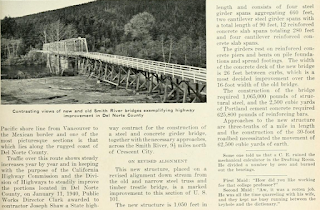 The planned freeway realignment of US Route 101 east of Rio Dell and Scotia is discussed in the January/February 1964 CHWP. 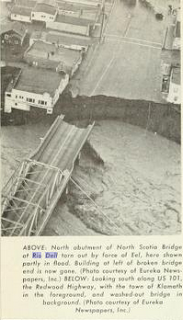 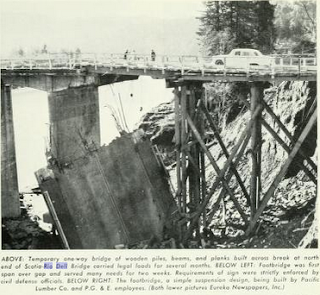 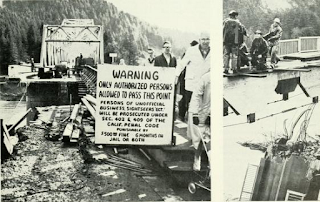 The March/April 1965 CHPW states that prior to the Rio Dell Bridge being reopened to automotive traffic the gap in the north span was temporarily bridged via a foot span.

According to the March/April 1965 CHPW the temporary one-lane north approach span to the Rio Dell Bridge was completed by January 13th 1965.  Blue Slide Road is stated to have been pressed into duty as temporary US Route 101.

The May/June 1965 CHPW cites the Rio Dell Bridge was anticipated to have been fully repaired by August 1965. 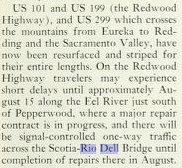 According to CAhighways.org CA 283 was defined by 1970 Legislative Chapter 1473 via transfer from US 101.  The original route definition of CA 283 was "Route 101 south of Rio Dell to the north end of the Eel River Bridge and Overhead in Rio Dell."  According to the North Coast Journal the US 101 bypass of Rio Dell was completed in 1973.  Unlike the Rio Dell Bridge the Robinson Ferry Bridge was retained as the northbound lanes of modern US 101.  The Rio Dell Bridge and Robinson Ferry Bridge were likely retained under state maintenance due to the considerable costs associated with repairing them during 1965.  CA 283 first appears on the 1975 Caltrans State Map. 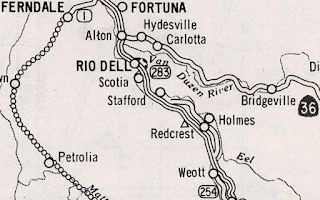 The Rio Dell Bridge was officially named the "Albert Stanwood Murphy Bridge" during 1977 according to CAhighways.org.  The modern name of the "Eagle Prairie Bridge" was adopted during 1990.  "Eagle Prairie" is a reference to a former name for the community of Rio Dell.

Our virtual drive on CA 283 begins in Rio Dell headed south on Wildwood Avenue approaching the Rio Dell Bridge.  At the intersection with Bridge Street a shield directing traffic to US Route 101 can be seen.  CA 283 begins at Post Mile HUM 0.356 just south of Bridge Street.  Wildwood Avenue is another reference to a former name of the community of Rio Dell which began as a logging town.  Note; the images below are taken from Google Street View. 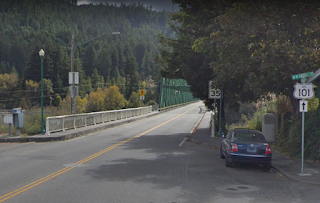 Below the northern approach to the Rio Dell Bridge can be seen looking south on CA 283.  It is hard to envision the foot span put in place following the 1964 Christmas floods on the Eel River. 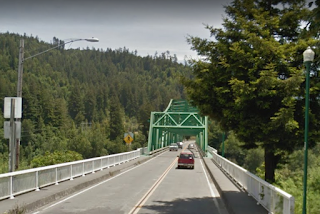 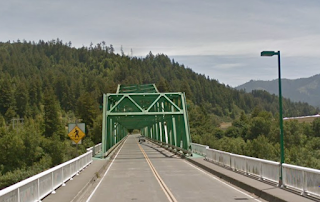 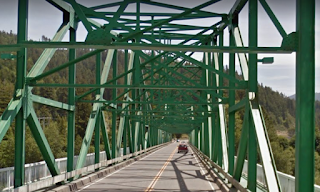 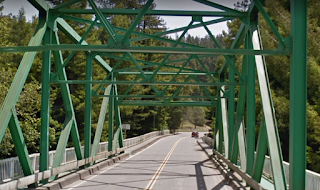 Upon crossing the Rio Dell Bridge CA 283 southbound takes a left hand turn onto Scotia Court and ends at modern US 101/Redwood Highway.  Former US 101 in Scotia can be accessed by staying on Wildwood Avenue which becomes Main Street. 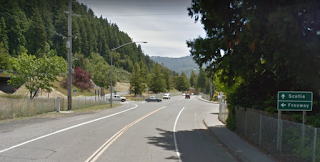 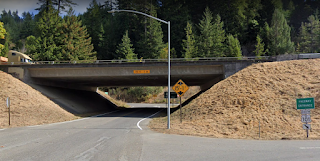