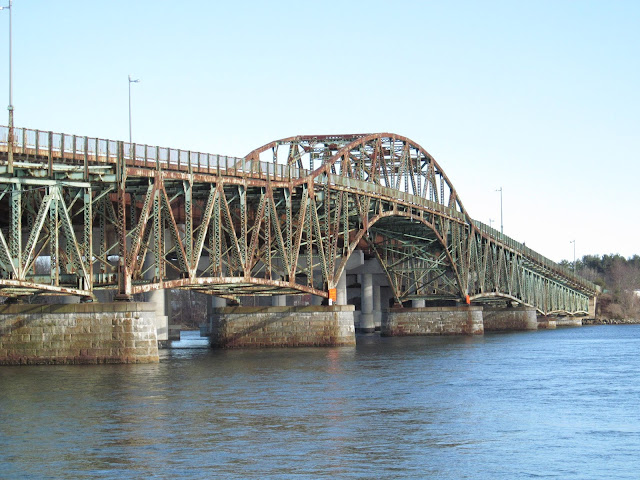 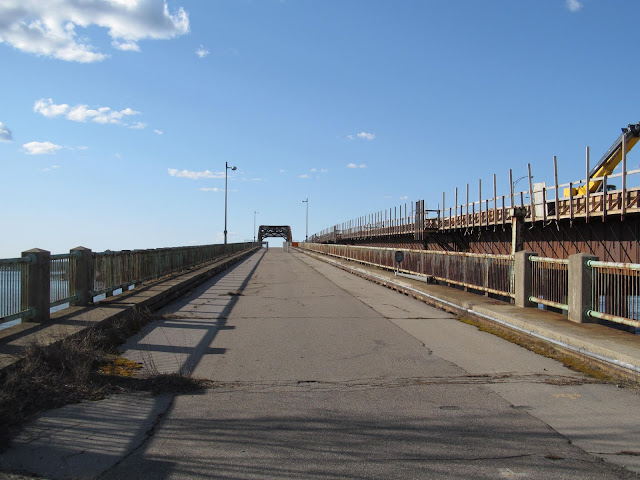 Starting to walk up the bridge from the Newington shore of the Great Bay. 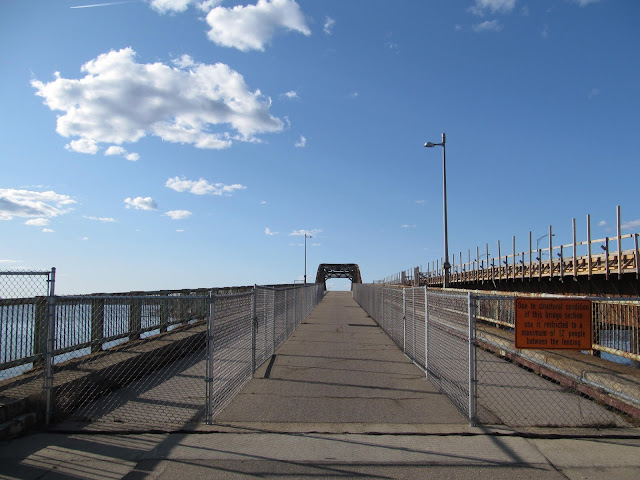 Fencing that was put up in 2010 to help protect the bridge. 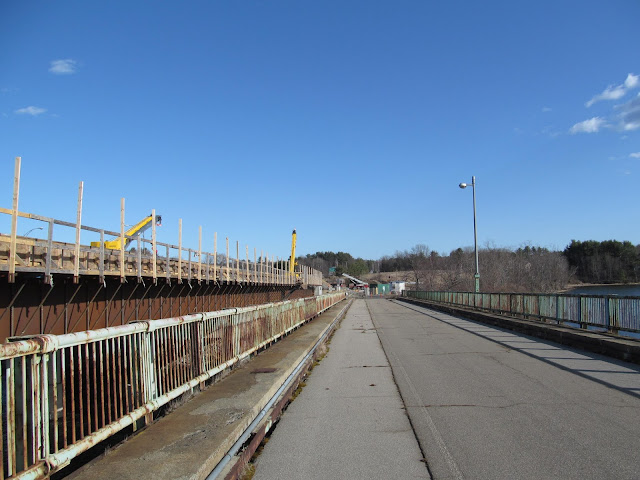 Looking back towards the Newington side of the bridge. There was construction taking place on the adjacent Little Bay Bridge at the time I visited. 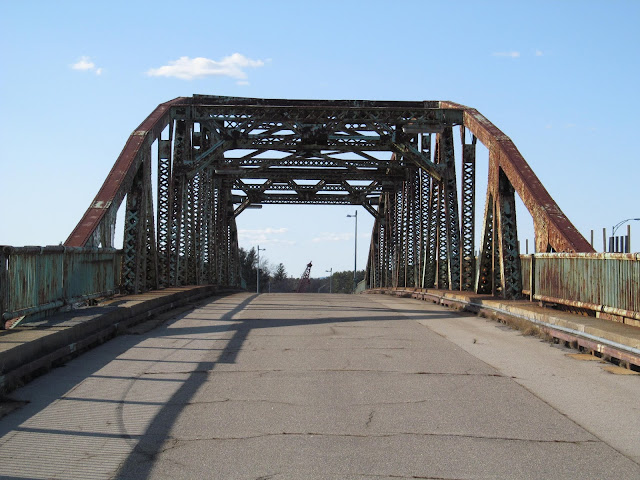 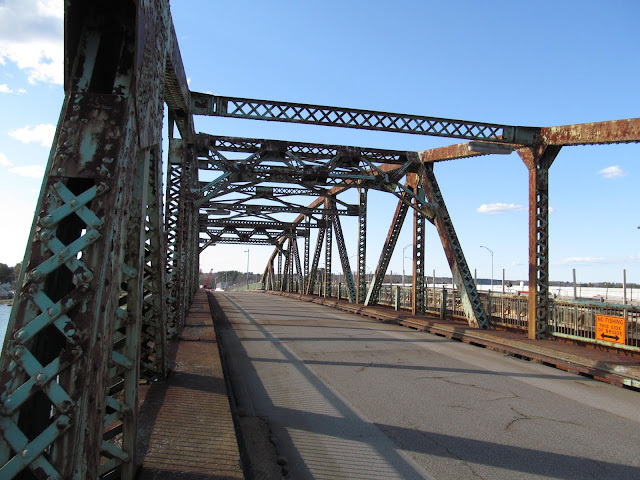 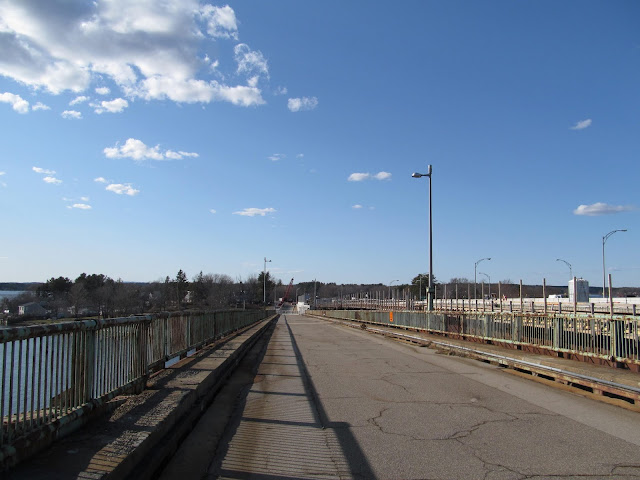 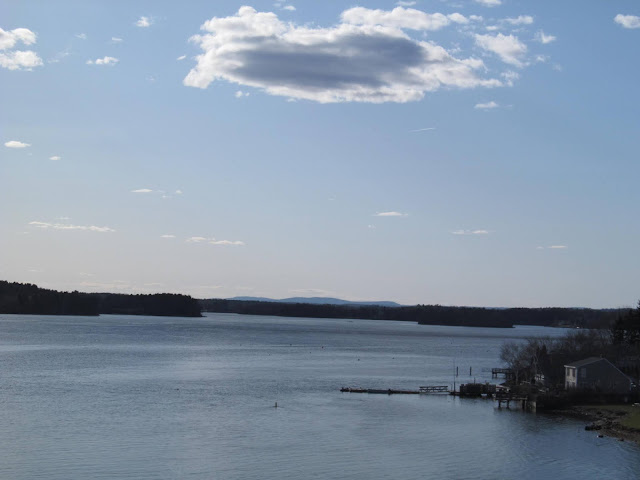 Looking out into the Great Bay. 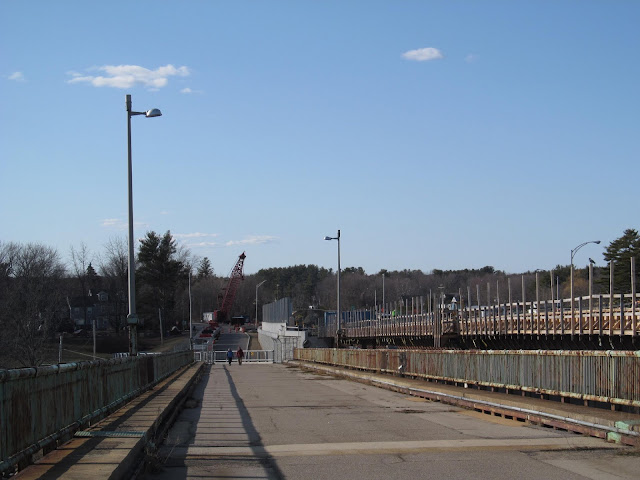 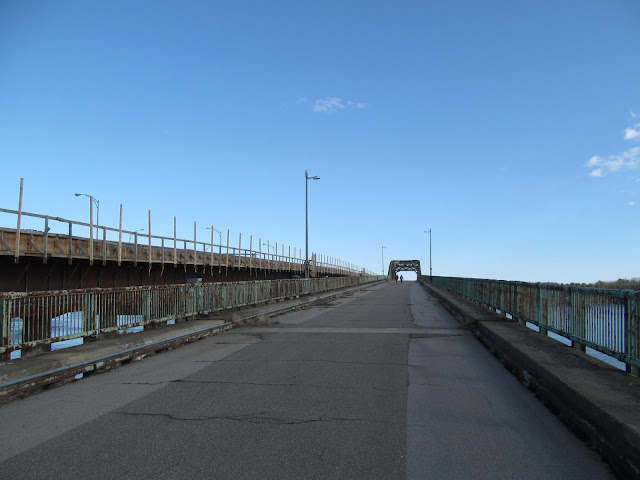 Walking back to Newington. 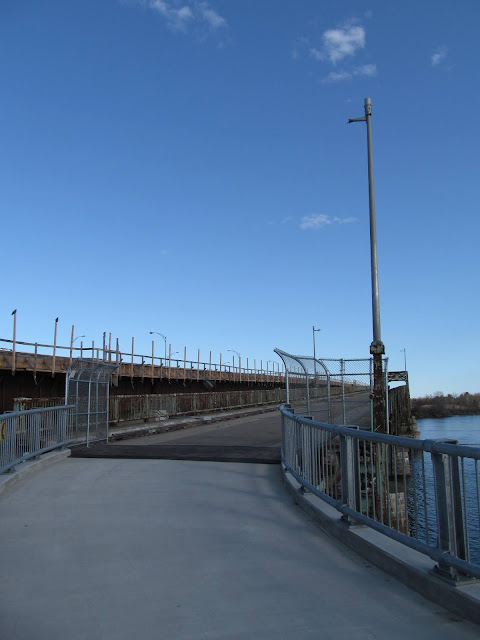 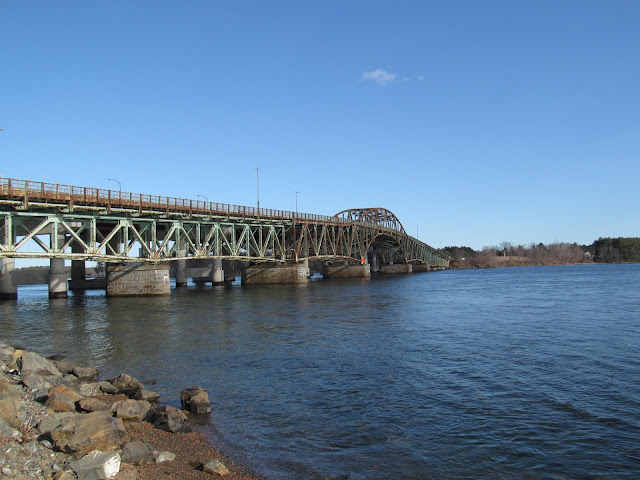 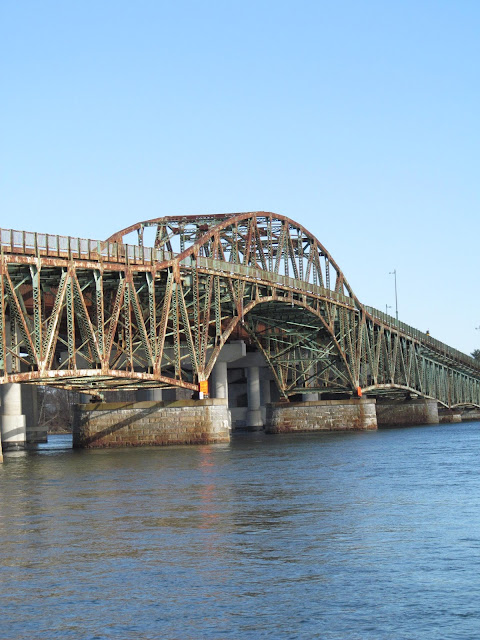 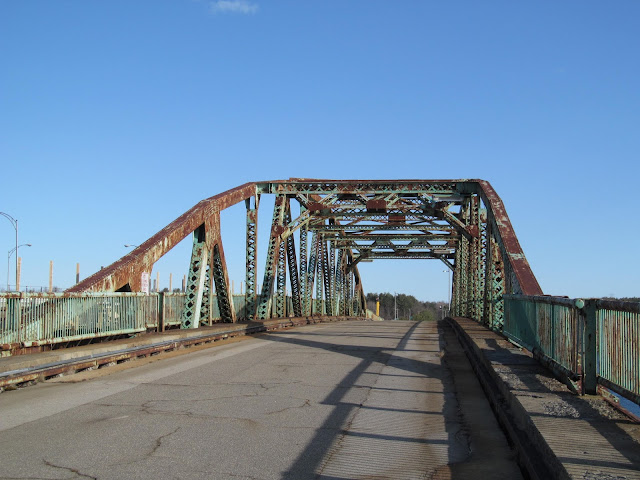 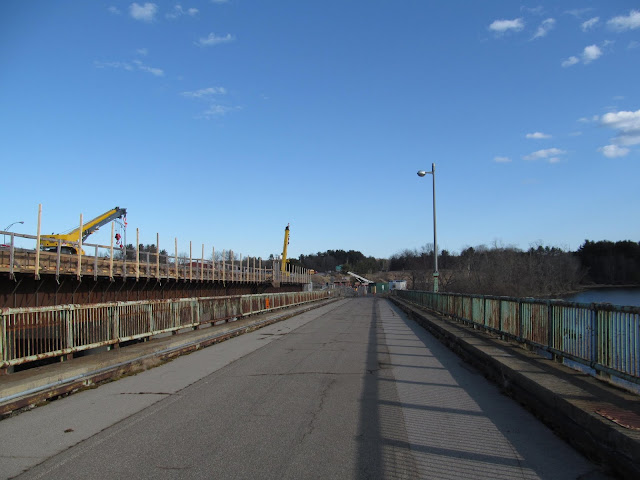