By Adam July 24, 2020
Back in August 2006, I visited Duluth, Minnesota on a work trip.  I blogged about it, but I never created any features or really shared the photos from it.  The next series of posts will make up for it.
The first feature is the Duluth Lakewalk.  This seven and a half mile multi-use recreational trail along the shores of Lake Superior is one of Duluth's top attractions.  I stayed along the shores of Lake Superior and the Lakewalk for two nights.  The afternoon of the first day - we had some free time to ourselves so I spent time along the trail.  The time spent along the Lakewalk that afternoon started out overcast but cleared up by the time we would all meet for dinner. 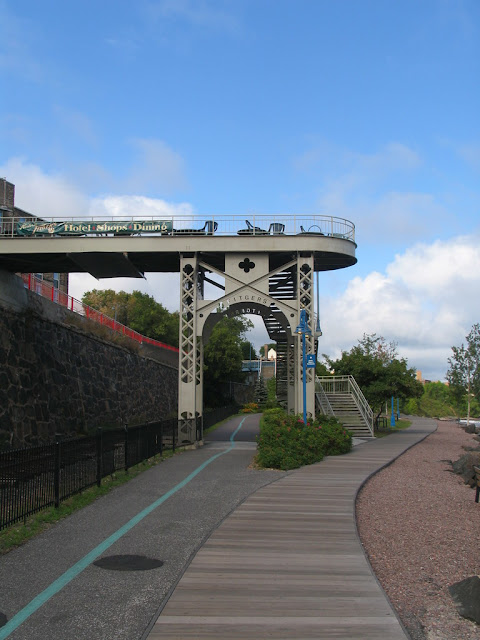 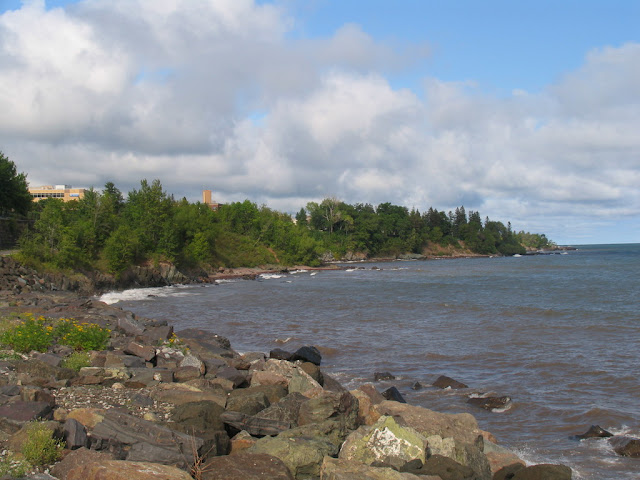 The trail starts at the Aerial Lift Bridge and ends at University Park in the Lakeside - Lester Park Neighborhood.   It connects to some of the city's major parks - Leif Erikson and Sister Cities - and some major attractions - The Lake Superior Marine Museum, the Northland Vietnam Veterans Memorial, and the Duluth Rose Garden. 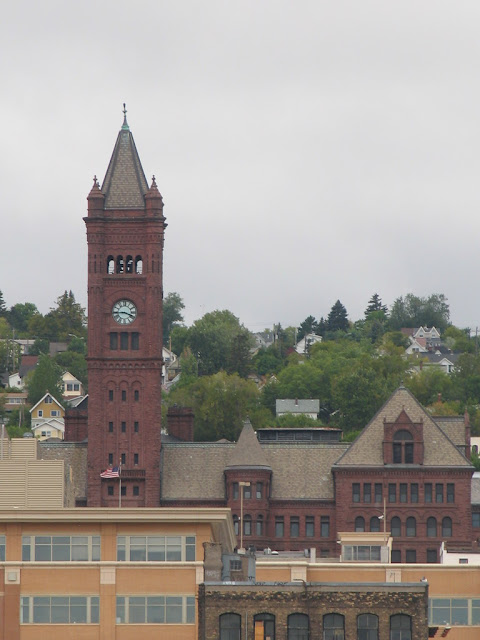 Along Lake Superior - the Lakewalk consists of a boardwalk for walking/running and a paved dual bike lane.  The Lakewalk was first constructed in 1986 covering only a half mile.  Numerous additions has resulted in the 7.5 mile total length existing today.
The next morning - I decided to get up early and catch the sunrise over Lake Superior.  The Lakewalk also connects to the Duluth North Pier Lighthouse which I wanted to capture at sunrise.  It was well worth the 5:00 am wake up call!
All photos taken by post author - August 2006.
Further Reading:
How To Get There: