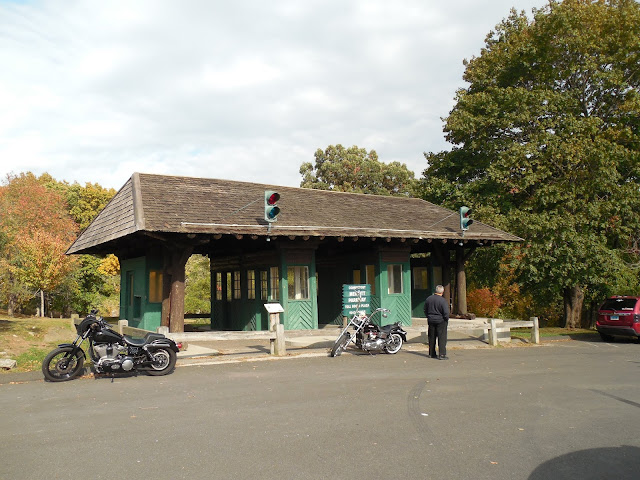 Among the eclectic mix of buildings and other structures at Boothe Memorial Park in Stratford, Connecticut is the last remaining tollbooth from when the Merritt Parkway was tolled between the years 1940 and 1988. It is said that the tollbooth at Boothe Memorial Park is from across the Housatonic River in nearby Milford, Connecticut, and then when tolls were discontinued on the Merritt Parkway, the tollbooth was brought to Stratford to live its retirement among the clock tower, the supposed oldest homestead in America and other unique things that have been found its way onto the 32 acres of property once owned by brothers David Beach Boothe and Stephen Nichols Boothe. This is just a stone's throw away from the Merritt Parkway, so the tollbooth did not venture that far.

As for the tollbooth itself, it is the last remnant of the era of the Merritt Parkway when tolls were collected. There were tollbooths located in Greenwich, Milford and Wallingford, although Wallingford is on the Wilbur Cross Parkway, which the Merritt Parkway becomes east of Milford. They were designed by George Dunkelberger, who also designed the bridges of the Merritt Parkway. The tollbooths have a rustic feel to them, since after all, a parkway was originally meant to convey a park-like experience. It is certainly nice that this little piece of Connecticut history has been preserved for all to enjoy. 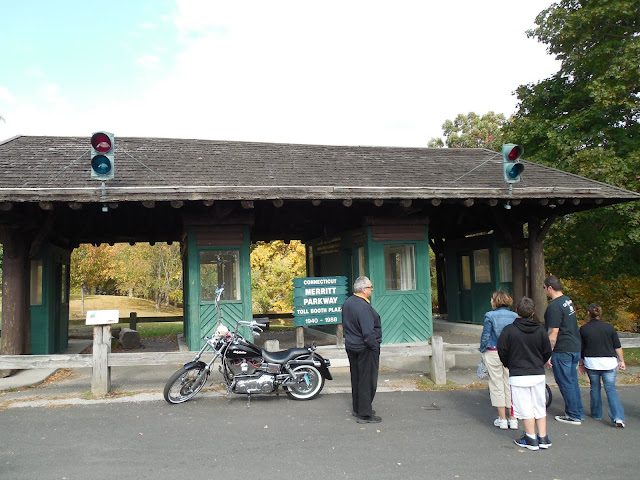 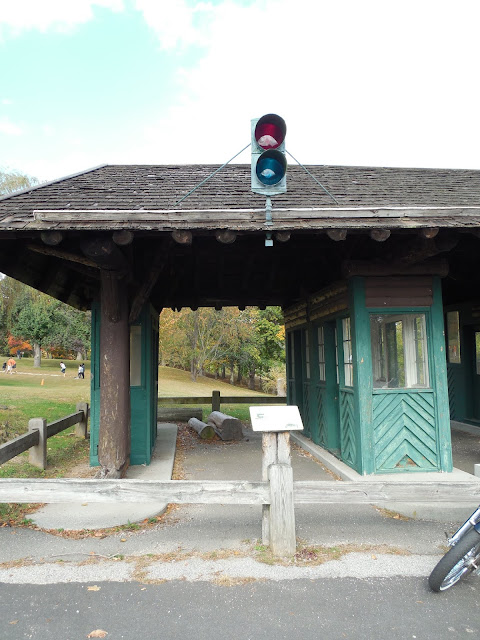 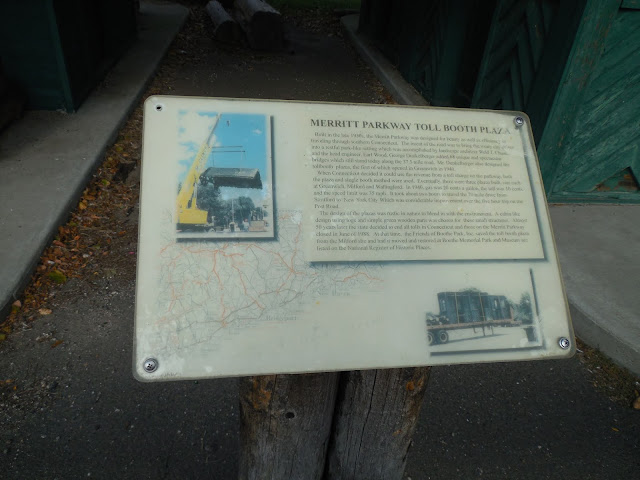 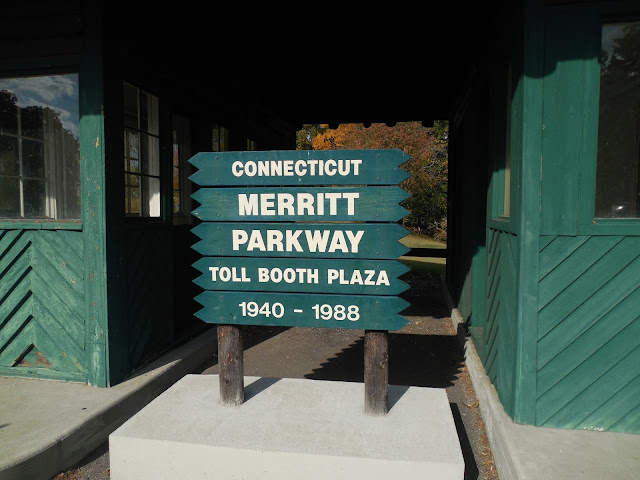