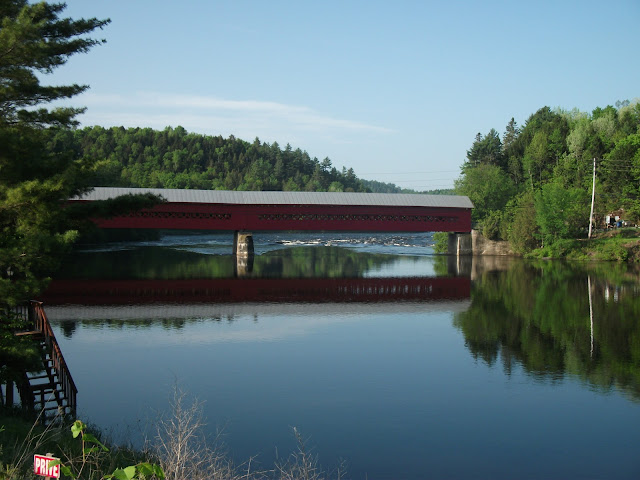 Not far north of the city centers of Ottawa and Gatineau lies the scenic Wakefield Covered Bridge in Wakefield, Quebec. Built as a modified Town Lattice Truss design and spanning 288 feet across the Gatineau River, the Wakefield Covered Bridge was built in 1997 to replace the Gendron Covered Bridge, which was built in 1915. The original bridge was burned by an act of arson in 1984, which led local residents to plan for a new covered bridge to be built in its place. The Wakefield Bridge is a pedestrian bridge, with nearby Quebec Route 366 serving vehicular traffic just to the north across the river.

During the early decades of the 20th Century, the Province of Quebec sought to encourage settlement and development of its hinterlands under the mandate of the Ministry of Colonization. This included locales along the Gatineau River north of Ottawa. One element of this program was to finance the construction of roads and bridges. As a result of the program, a few covered bridges were built. Initially, Wakefield resisted having a covered bridge built across the Gatineau River, but its council had a sudden change of heart and applied for funding for a covered bridge to be built. Wakefield's original covered bridge was named for their member of the legislative assembly at the time, a gentleman by the name of Ferdinand-Ambroise Gendron. The bridge was completed so quickly that it sat for some time in splendid isolation until it was linked into the local road network. It was not surprising that the Gendron Covered Bridge quickly became a key economic asset and was recognized for the beauty of its Town Lattice Truss design as well as its location that overlooked the La Pêche Rapids.

Road traffic on the old Gendron Bridge increased rapidly as the years went by, and heavier vehicles began to take their toll on the old bridge. The posted limit for the bridge for trucks was only 4 tons. There was apparently a different weight limit for a bus. which was 7 tons. This led to an empty bus being able to cross, but due to the weight limit, all the passengers on the bus had to be left off the bus so they could walk across the bridge. By the late 1970s, weight limits imposed for the bridge had become a major concern to local officials, which requested a modern bridge in addition to the covered bridge. By 1981 the old structure was deteriorating further and its sagging spans were cause for concern. Major repairs and alterations were completed in that year at a cost of $280,000.

Although a new bridge was planned, the load and height restrictions of the Gendron Bridge were evidently too much for some people, and close to midnight on July 10, 1984, it was burned by arsonists. A gasoline soaked car was pushed onto the east side of the historic wooden covered bridge and was then torched, turning the tinder dry, 70-year-old structure to a roaring inferno within minutes. It was an unforgettably sorry sight to see the famous landmark in flames and then drifting down the river and into history. As the newspapers of the day reported, the "heart was torn out of the village." Local residents had quickly gathered to watch in bewilderment as the spans crashed one by one into the river and floated downstream, still blazing, on the swiftly flowing water of the Gatineau River. Police had later recovered the burned-out hulk of the car south of the village from one of the still-floating sections of the bridge. All serial numbers had been filed off the vehicle, which made ownership of the car impossible to trace. No one was ever brought to justice for the arson of the bridge; the perpetrator and the motive will probably remain forever a mystery. For the residents of Wakefield, Quebec, and for the broader community which the bridge linked together, the loss was more immediate and personal, as the fire left only the ugly gray piers as a reminder of what had been.

Following the initial shock of the loss and the difficulties in awaiting a permanent replacement bridge, a few residents began quietly discussing the idea of rebuilding the covered bridge as a community project. One group even suggested a two-tiered version with provision for a restaurant and small stores, something akin to the famous fourteenth century London Bridge. The result was the Wakefield Covered Bridge Project, which had been started in 1987 and set about promoting the idea of reconstructing the original bridge, true to its original design, but only open to pedestrians and cyclists. In 1990, to gain stature and broader community support, the Committee began to work under the aegis of the established Historical Society of the Gatineau, whose executive supported the project.

With an estimated replacement cost of over $600,000 the task of fund-raising would obviously be a challenge for a small community. However, the good people of Wakefield, Quebec would not be deterred. To obtain the money needed to construct a new bridge, the committee sought donations of cash and goods and services from individuals, organizations, businesses and governments. This support was enhanced by community promotions and fundraising events. By 1994, there were enough resources to begin the actual building. Fundraising continued, and in 1998, when the bridge was officially opened, it was debt-free. All of the structural wood in the walls, roof and floor of the bridge is made of Douglas fir, milled from boom logs that were formerly used in the log drive on the Gatineau River. The exterior siding of the covered bridge is made of pine. The wall and roof trusses were built on a site in the village of Wakefield. Before they were moved to the river, the walls of the covered bridge were raised upright and braced together to create two bridge spans, each of 144 feet in length.

Today, the Wakefield Covered Bridge is a fine destination for photographers and covered bridge enthusiasts alike. It is also a popular location for people using the Gatineau River as a local swimming hole during the summer months.. The nearby Fairbairn House Heritage Centre is also worth a visit if you are checking out the Wakefield Covered Bridge. If you are coming from Ottawa or Gatineau, it is accessible by a quick drive up Autoroute 5, and the covered bridge is fairly close to the northern end of the highway. 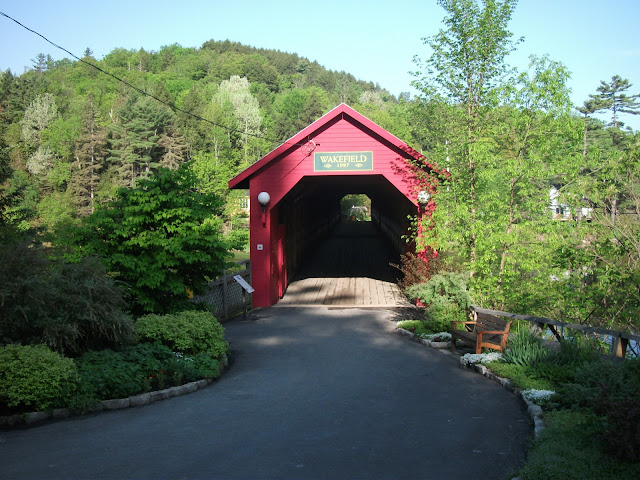 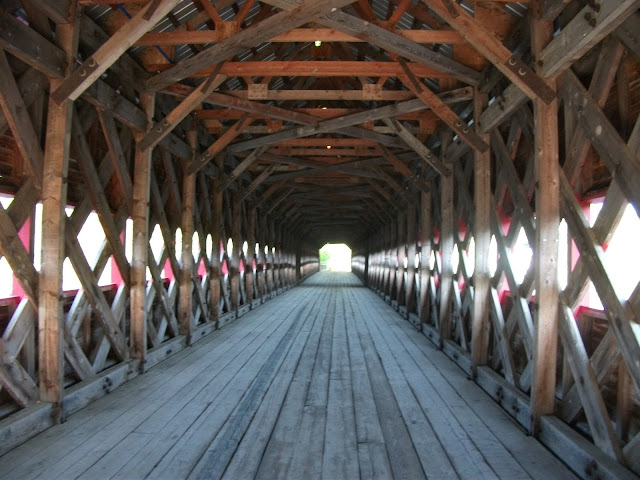 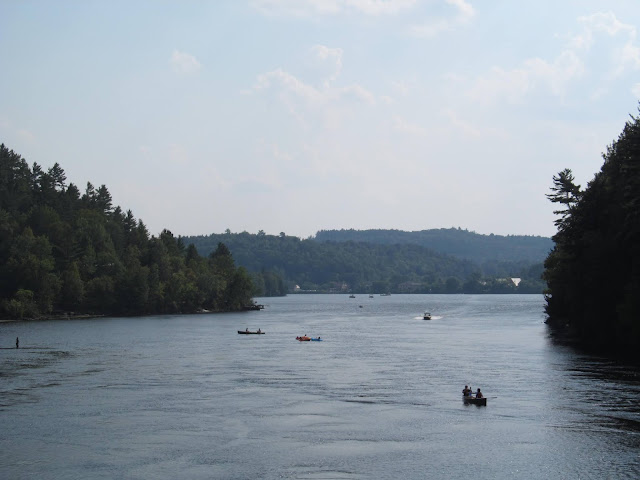