Bridge of the Gods over the Columbia River 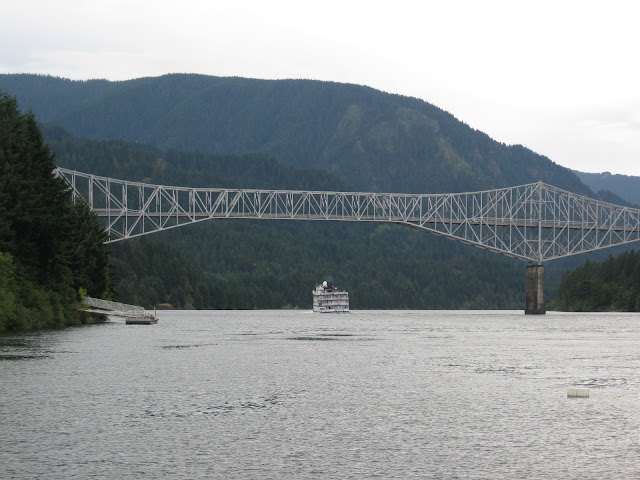 The Bridge of the Gods is a tolled 1,858-foot-long steel cantilever truss bridge that spans the Columbia River at Cascade Locks, a town located roughly forty miles east of Portland, Oregon along I-84. The bridge was built in 1926 at a length of 1,131 feet and then in 1938, the bridge was raised by 44 feet and extended to its current length to accommodate the rising pool behind the Bonneville Dam, just a few miles downstream on the Columbia River. In 1920, the United States Department of War issued a construction permit for the bridge to the Interstate Construction Corporation. Construction went rather slowly. By 1925, the company had managed only to construct one pier. In October of 1926, Wauna Toll Bridge Company then purchased Interstate Construction Corporation's interest in the bridge at a cost of $602,077 and was tasked to complete the bridge's construction. In 1953, the Columbia River Bridge Company acquired the Bridge of the Gods and after 8 years of discussion, the Port of Cascade Locks Commission purchased the bridge with $950,000 in revenue bonds, which were issued on November 1, 1961. Revenue from the bridge pays for maintenance, painting, inspections and port operations. Annual traffic crossings average about 1.6 million vehicles and the annual value of goods that cross the bridge is approximately $35 million per year.

The Bridge of the Gods derives its name from a much larger Bridge of the Gods that covered a part of the Columbia River with estimates ranging from a few hundred years ago to almost a thousand years ago. The earlier land bridge was a blockage that caused by the Bonneville Landslide, which headed on the southern escarpment of the 3,417 foot high Table Mountain on the Washington State side of the river and cascaded downward towards the Columbia River, burying the valley with more than five square miles of debris up to 400 feet thick. After blockage by the Bonneville Landslide, the Columbia River formed a great lake behind the debris dam, perhaps 300 feet deep and extending as far as Wallula Gap, about 170 miles upstream. The Columbia River eventually topped over the southern edge of the landslide, forming the Cascade Rapids, also known as the Cascades of the Columbia. It was a set of rocky rapids which descended more than 22 feet over about 600 yards and then another 30 feet over the next 8 miles. The rapids are the remnant debris of the landslide dam. The rapids were first mapped by Lewis and Clark during their expedition and it is said that the name of the mountain range Cascades comes from this natural dam caused by the Bonneville Landslide. The 1896 completion of Cascade Locks and Canal finally permitted uninterrupted navigation along the Columbia River between The Dalles and the Pacific Coast. The constricted river valley at the downstream end of the landslide provided an obvious location for the construction of Bonneville Dam, and at the upstream end of the landslide, for the modern day version of the Bridge of the Gods.

The Bonneville Landslide almost certainly gave rise to the Klickitat legend of the Bridge of the Gods as well. Oral tradition of the Klickitat people tells how people "could cross the river without getting their feet wet." The legend also speaks of the creation and destruction of this natural bridge. The people of the Columbia River had great difficulty crossing the Columbia River. Manito, the Great Spirit, was sympathetic and built a land bridge for them. This land bridge was cast into the river when Tyhee Sahale, the Supreme Being, became angry with his two sons Wy'East and Pahto (also known as Klickitat), who had quarreled over the beautiful Loowit, the guardian of a sacred flame on the land bridge. The two sons and the girl, crushed in the destruction of the bridge, whose debris created the Cascades, were resurrected as Mount Hood (Wy'East), Mount Adams (Pahto), and Mount St. Helens (Loowit). This legend is described by Frederic Homer Balch in his 1890 romance novel, The Bridge of the Gods: A Romance of Indian Oregon. 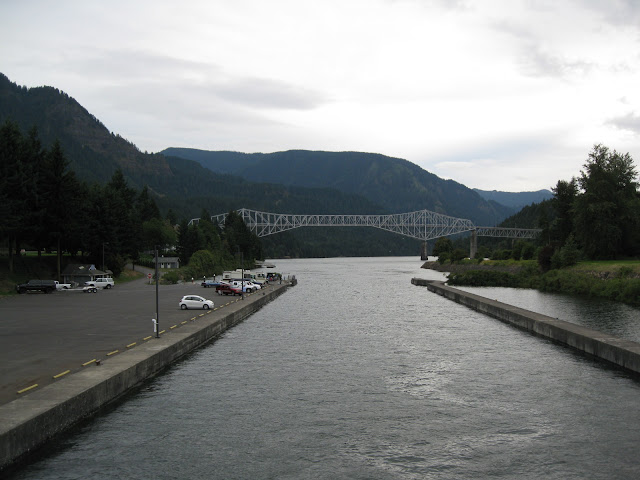 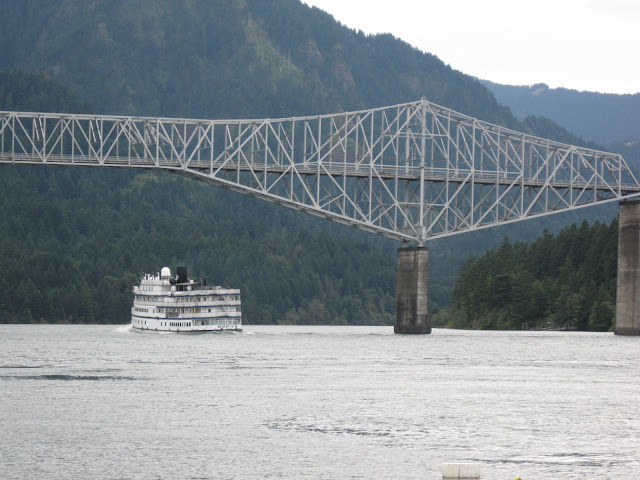 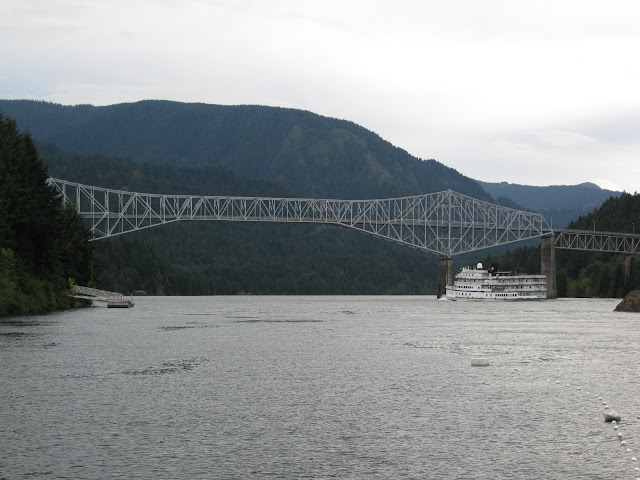 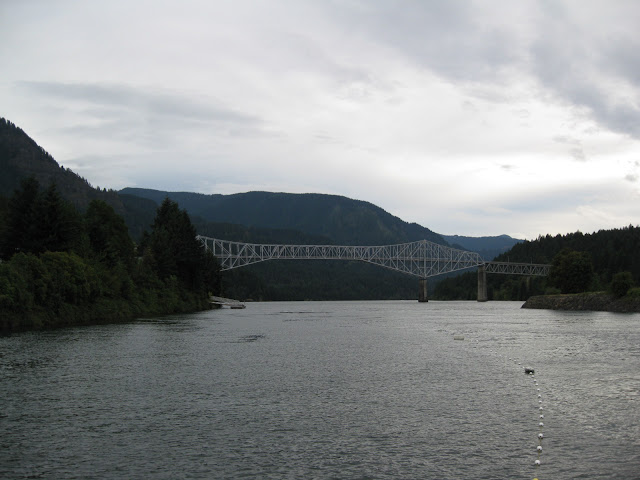 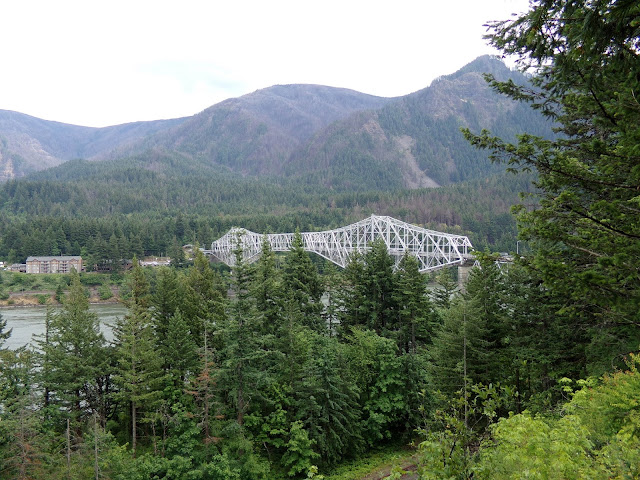