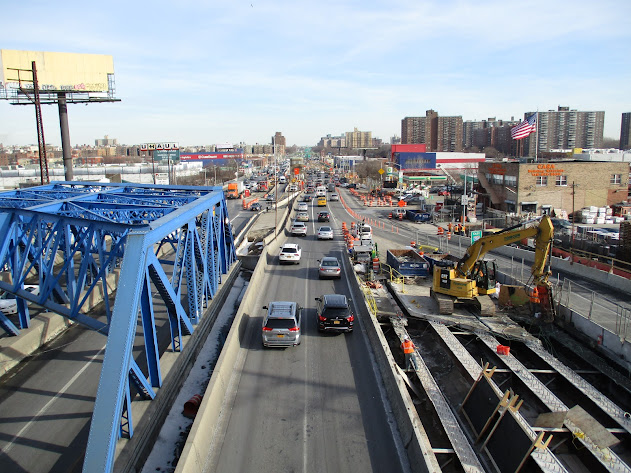 When I last spoke about construction projects in the City of New York, we discussed the new connector ramp between the RFK Bridge and the Harlem River Drive, a much-needed piece of the transportation puzzle that filled a glaring “missing link” in the whole network. A short distance away from there, in the Hunts Point section of the south Bronx, a much larger project of similar intent is now underway that promises to improve traffic circulation in a part of the City that has been lacking logical connectivity for decades.
The Hunts Point Cooperative Market is a massive whole sale food market complex built on 60 acres of prime real estate along the Bronx River. The campus operates 24/7 and is the largest food distribution center of its kind in the world, earning combined annual revenues of over $2 billion. Yet there’s always been one major problem with it all – the Market has always lacked direct & logical connections to the area’s expressway network, which has constantly resulted in heavy commercial traffic overburdening the local street grid in the neighborhood. The long-proposed and currently-underway “Hunts Point Interstate Access Improvement Project” is aimed at providing these missing connections to the nearby Bruckner Expressway (Interstate 278) and Sheridan Boulevard (NY Route 895), enabling the surface street grid of Hunts Point to function properly once again. 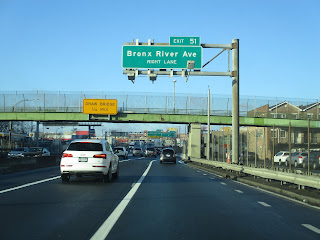 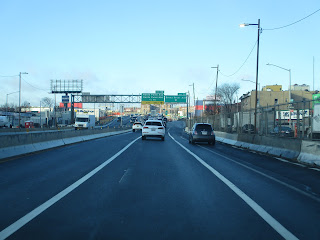 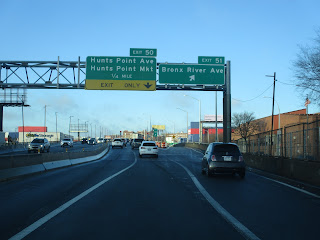 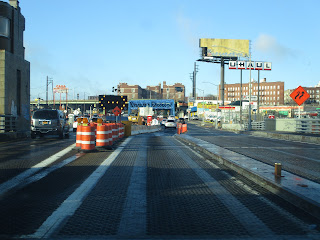 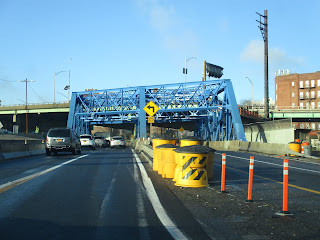 The above photos detail a trip along the westbound  side of the Bruckner Expressway (I-278) through the Hunts Point Project work area. Temporary unconventional traffic shifting and realignments will be necessary in the coming years as construction proceeds in the vicinity.

The scope of this project includes the reconstruction of the Bruckner Expressway/Boulevard mainline between Bronx River Avenue and Hunts Point Avenue, including the replacement of bridge decks and the widening of mainline roadways through the area. New flyover ramps are to be constructed that will directly connect the eastbound Bruckner/southbound Sheridan corridors with the truck entrances to the Hunts Point Market, and connect the Market with the northbound Sheridan, taking that substantial commercial traffic off of local streets and streamlining access to Market Terminals. The project’s timeline and staging are complicated by a variety of factors. Amtrak & CSX Railroads own & operate busy trackage, both along the Northeast Corridor (which runs directly through the project area), and on a separate active siding that connects the NEC mainline with the Terminal Markets. The vital Bruckner & Sheridan transportation arteries must be kept open through the project’s duration, meaning that special considerations related to work staging and traffic management are to be utilized. 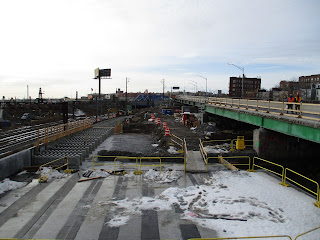 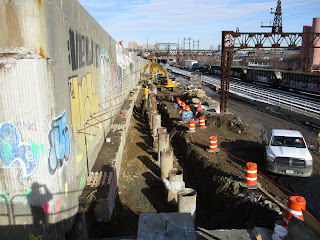 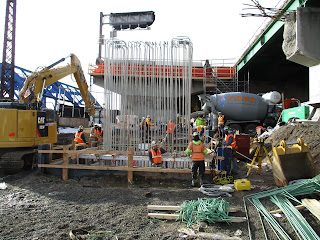 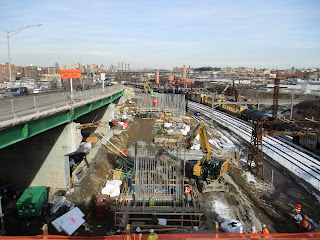 New support structures, bridges, and retaining walls are part of the scope of improvements necessary along the Sheridan Boulevard arm of the project; many of these improvements are well underway.

This $460 million design-build contract is being executed by a joint venture contracting team led by Skanska and ECCO III Enterprises and substantial completion of the project is anticipated by the end of 2022. This is the first of three planned contracts aimed at renewing the entire Bruckner Expressway corridor between the RFK Bridge and Bronx River Parkway; the following two contracts will further address travel deficiencies in the area by adding additional ramps along the Bruckner corridor, and rehabbing the existing elevated viaduct through Hunts Point. All in all, about a decades-worth of work lies ahead for a long-neglected area of the City that will finally be getting a semblance of the modern transportation infrastructure it deserves. 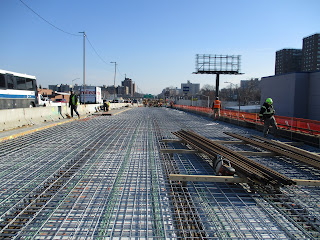 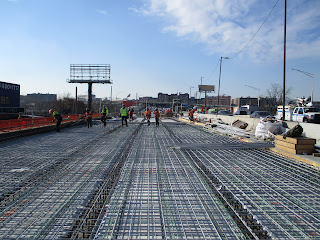 Unknown said…
The HuntsPoint construction work is a complete and utter disaster for the people of the neighborhood and the Hunts Point Market.
I have worked in The Point for over 30 years. I have never experienced such congestion and lawlessness on the streets. The people responsible for this project including the political people should move there offices down here and experience the disaster they have created.
7:13 AM

Unknown said…
It’s unbelievable that a 15 min drive in the morning turns to 45 min to a 1hr drive. Going home …well I leave work at 5:30 and I get home between 6:30or 7:00. This is an absolute disgrace and these politicians should be sitting in these dangerous congested traffic. Frustrating people trying to get home. Please do something… at least come and see what’s going on. For startes have the lights alternate as you go down hunts point to the bruckner. This is crazy with all the technology, politicians we can’t figure something out? Please do something you owe it to the community, you owe it to the workers you owe it to the Hunts Point Market. Very frustrated driver!
5:12 AM