Florida State Road 300 and the St. George Island Bridge from the air

By Challenger Tom January 21, 2019
This past weekend my flight into Tampa flew directly over the St. George Island Bridge carrying Florida State Road 300 over Apalachicola Bay. 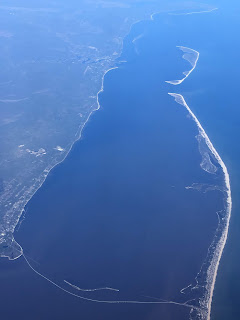