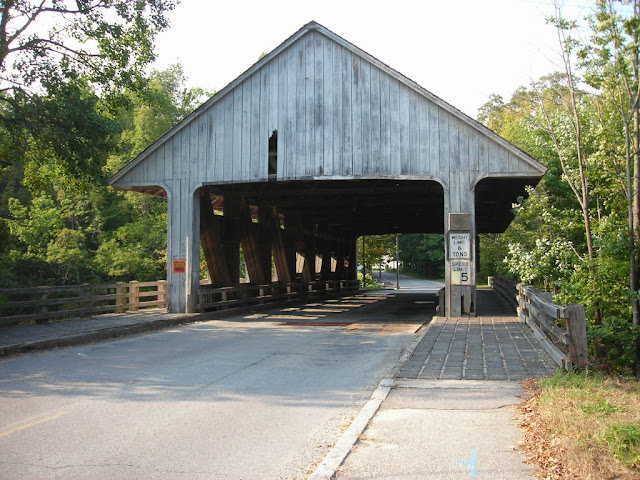 This spot on the Nashua River now spanned by the covered bridge has a lot of history to it. Even a brief history of the covered bridge in Pepperell must include an event that took place there just a couple of days after the British regulars marched into Lexington and Concord on April 19, 1775. As a result of this action, local Minutemen from Pepperell, Groton and Hollis responded by the dozens, leaving their families to deal with the children, the farms and any situation that might arise in their absence. The bridge located at this spot in Pepperell during the American Revolution was known as Jewett's Bridge. About 70 years later, at an 1845 town meeting, it was voted to build a new covered bridge at this location. The bridge was to be named after Captain Levi Parker and was to be constructed exactly like Runnell's Bridge, which was located just over the state line in nearby Hollis, New Hampshire. After over 100 years of service and with technological improvements over age that led to heavier vehicular traffic, the covered bridge was closed in 1958. As a result of the bridge closure, it was through the work of Chester Waterous and others that a new covered bridge was built in place, which led to the Chester Waterous generation of covered bridge in Pepperell. 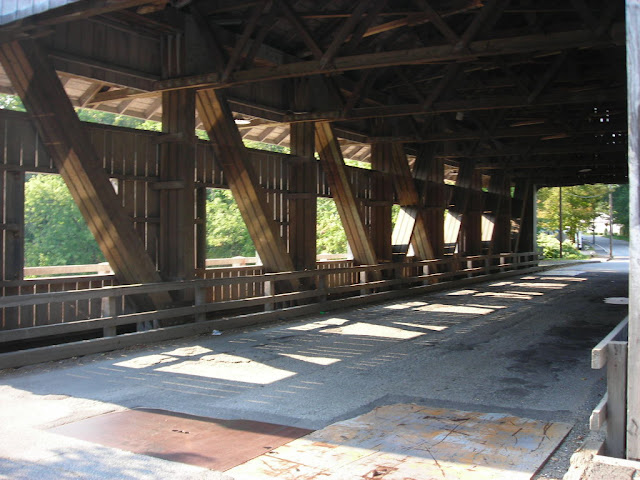 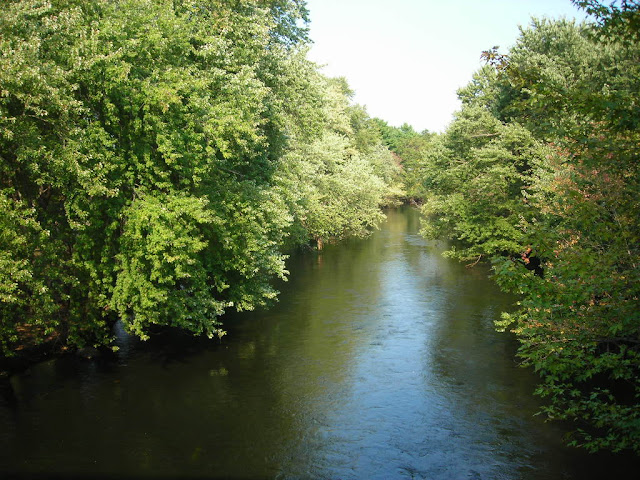 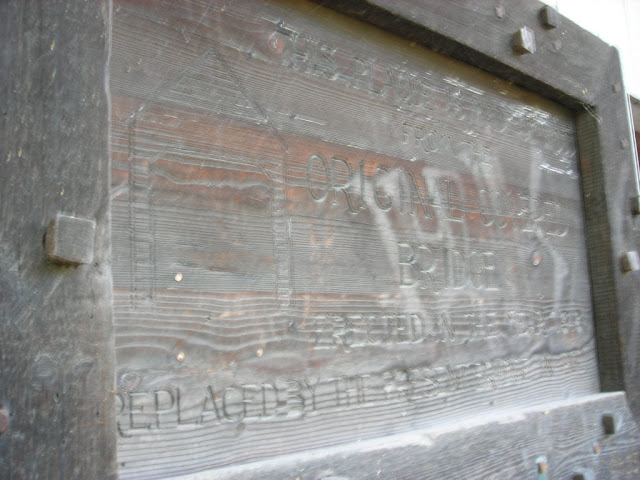 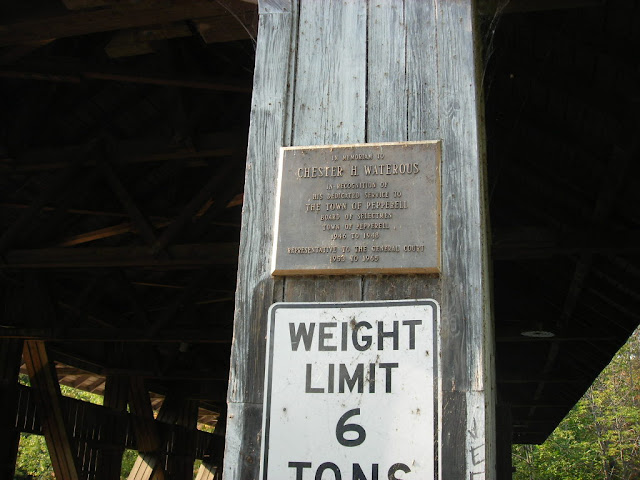 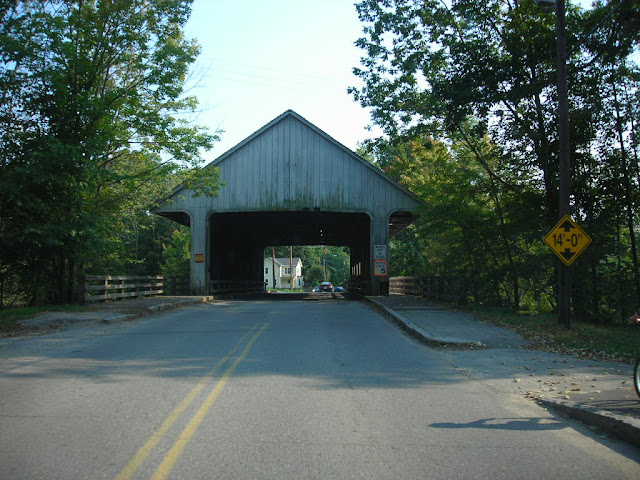