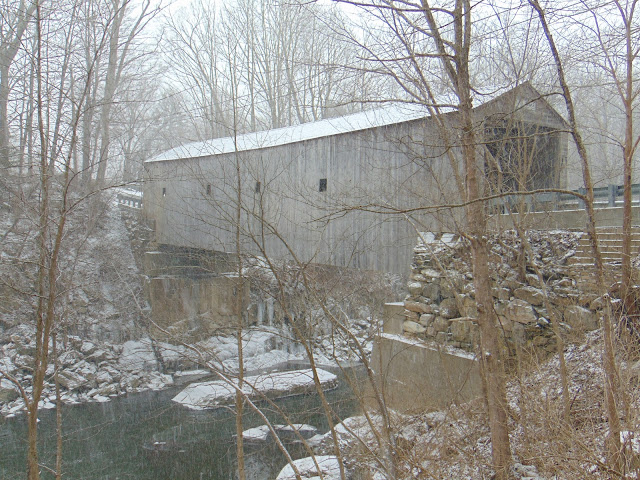 The Bulls Bridge is one of three covered bridges in Connecticut, spanning 108 feet over the Housatonic River in the town of Kent, Connecticut. The road at Bulls Bridge intersects the road from the hamlet of South Kent, Connecticut (just west of US 7) to nearby South Dover, New York. Bulls Bridge (or Bulls Covered Bridge) takes its name from Isaac and Jacob Bull, who were brothers that had started an ironworks business in the area in 1760. The Bull brothers also built the first of at least five wooden bridges that have crossed this rocky, wooded gorge of the Housatonic, as there were no other bridges crossing the Housatonic River in the area and the hope was to attract traffic and business from the New York City area. There is a bit of American history surrounding the bridge, as the bridge was used to move supplies to the Continental Army in the Hudson Valley during the American Revolution. It is also said that one of George Washington's horses may have fallen into the river near the site of the Bulls Bridge. Washington kept a very detailed expense book in what he paid for out of his pocket, and what he wished to be reimbursed for during the war. In the book, Washington writes as an expense that a horse was taken out of the river at Mr. Bull's bridge.

The present bridge span was built in 1842 using the lattice truss covered bridge design that was first created by the famed Ithiel Town in 1820. Owing to its early history as the only bridge in the area that crossed the Housatonic River, the Bulls Bridge also carries what was once a major through route between Hartford, Connecticut and Newburgh, New York. The covered bridge was added to the National Register of Historic Places in 1972.

Bulls Bridge has undergone many changes since its initial construction in 1842. The queen-post trusses that surround the Town lattices may not be original to the bridge. Between 1901 and 1903, the Bulls Bridge was raised higher above the river as part of the development of a nearby hydroelectric station just north of the bridge. The Connecticut State Highway Department replaced much of the lower chords and all of the tree nails in 1949. In 1969, large girders were installed beneath the bridge to carry the weight of automobile traffic, with the exterior sheathing having been extended to conceal the girders from view in order to maintain the character and charm of the covered bridge. Despite these alterations, the character of the original covered bridge is still plainly evident, a reminder of the age when Americans relied on wood as their chief building material.

The area around Bulls Bridge is also a paradise for waterfall chasers and outdoor recreation enthusiasts alike. Just north of Bulls Bridge are the Bulls Bridge Cascades. As you pass through the covered bridge, you can look north through its windows to see views of the lower cascades. About 50 feet west from the bridge, take a right and follow a trail that heads downhill at first but then gradually climbs uphill to a closer view of the cascades. There are cascades directly below a dam (this would be the lower cascades) and also some upper cascades a short distance upstream. There is also a hiking trail network nearby that includes the famed Appalachian Trail. There is parking just east of the bridge (but just west of US 7) so people can enjoy the covered bridge, waterfall and hiking. 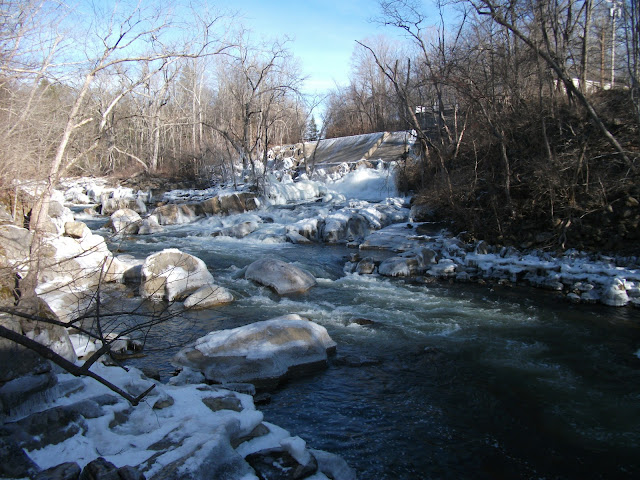 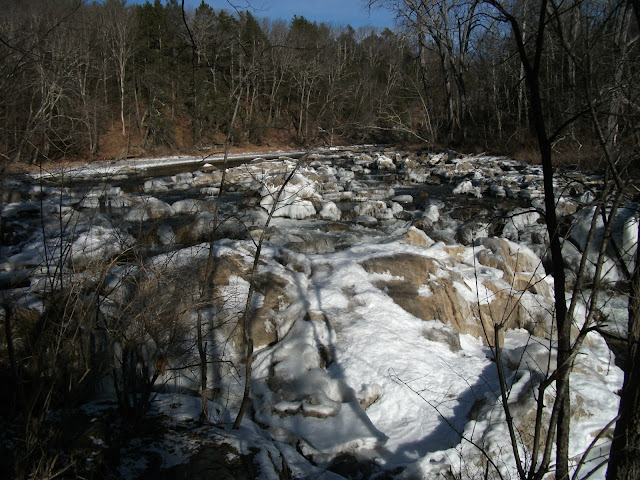 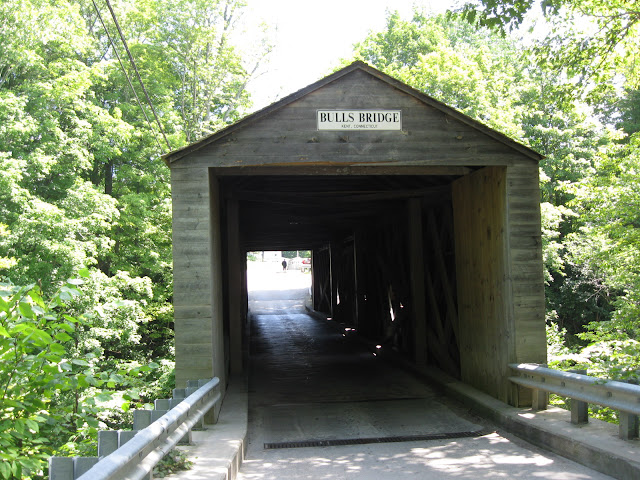 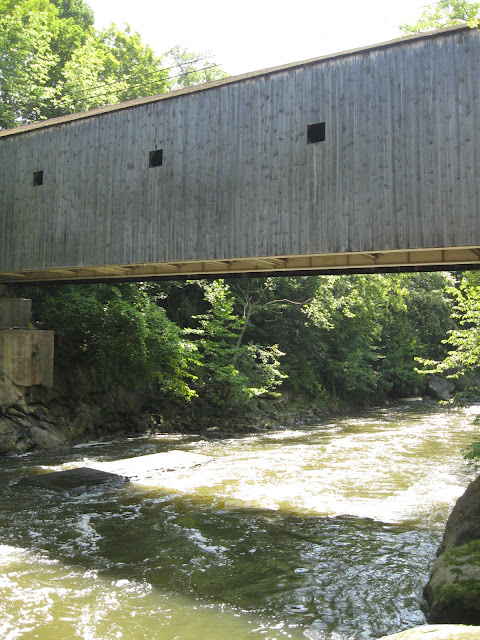 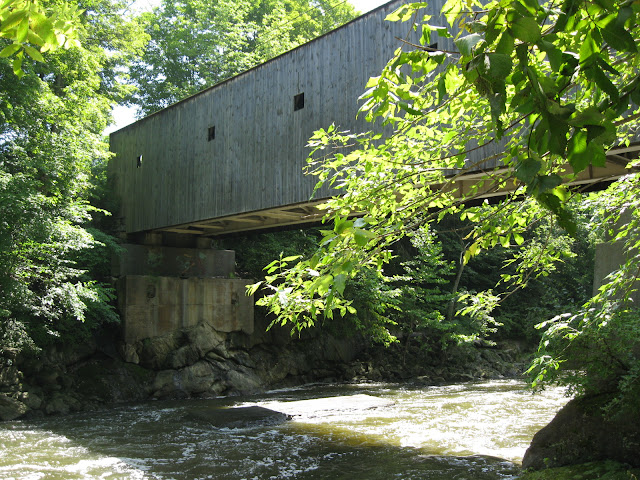 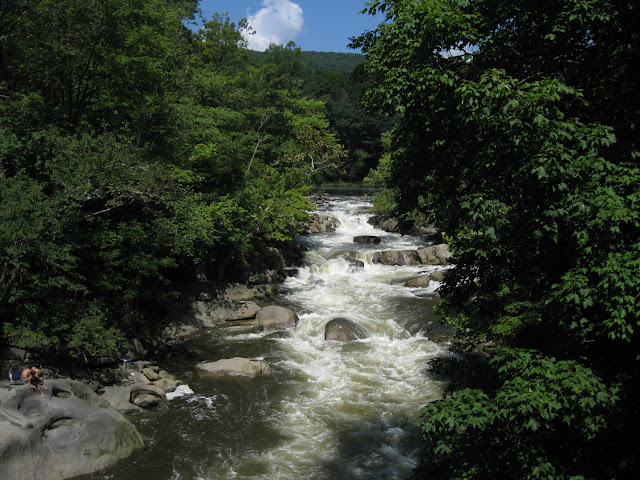 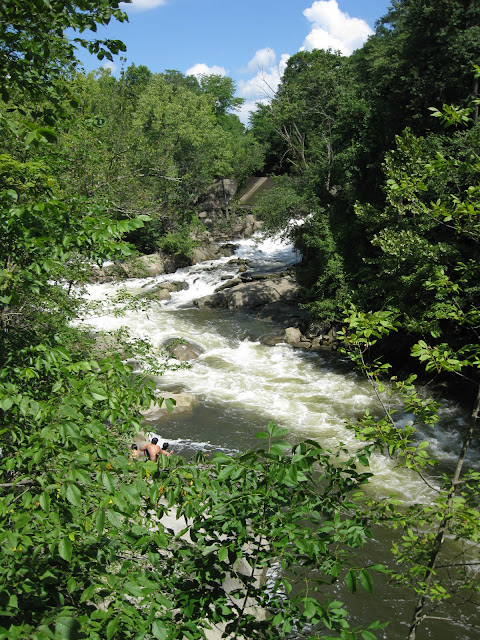 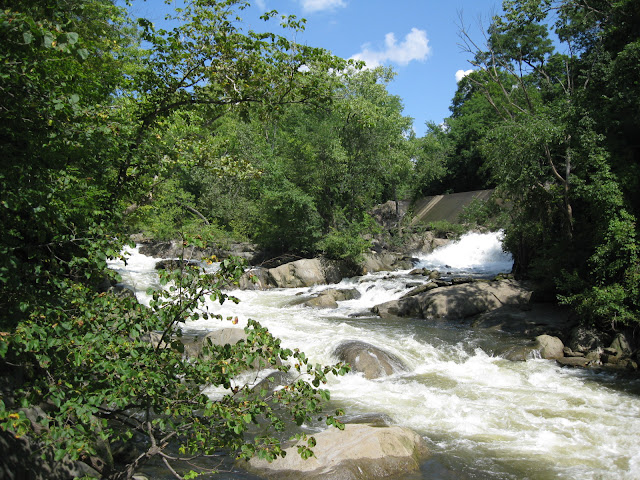