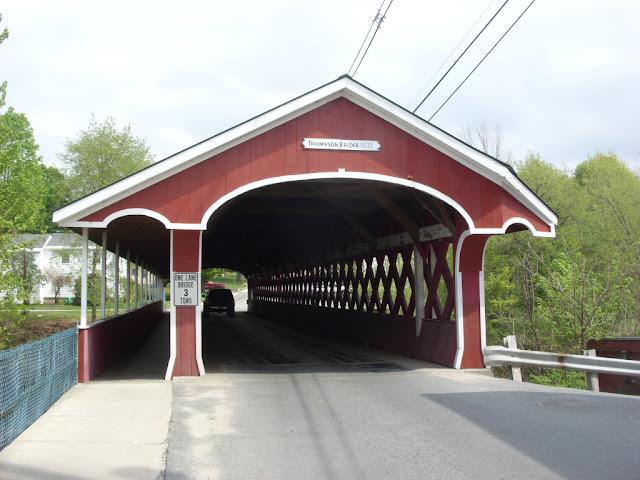 Also known as the West Swanzey Covered Bridge, the Thompson Covered Bridge connects the two halves of West Swanzey, New Hampshire over the Ashuelot River. The covered bridge was originally built in 1832 by Zadoc Taft for the grand sum of $523.27, which might seem like chump change by today's standards, but that was a nice payout in 1832. Utilizing a through truss design with lattice work, the bridge has two spans as it goes 151 feet across the river. The Thompson Covered Bridge is listed in the World Guide of Covered Bridges (WGCB) as number 29-03-04, is also listed as New Hampshire Covered Bridge # 5 and is on the National Register of Historic Places. The bridge has its home next to a mill of some sort, which is a monument to New England's industrial history. There is also a covered sidewalk on the north side of the bridge, which allows pedestrian traffic to enjoy the bridge without dodging cars.

By the time the 1970s rolled around, it was a whole new world of change and the covered bridge was showing its age after years of wear and tear. In 1973, when the bridge was posted for a six ton load limit, school buses were allowed to cross the bridge, but only if empty. I have come across similar factoids from other covered bridges I've researched, so maybe that was the solution at the time. When a bus full of students came to the bridge, the students would get off the bus, walk across the bridge, and board the bus again on the other side. In 1976, a new concrete and steel bridge was built nearby to carry heavy vehicles, just south of the covered bridge, at a cost of $376,914.61. The covered bridge was closed to vehicular traffic since the fall of 1990 after a report by state inspectors indicated the bridge was unsafe, and as a result, a committee was quickly formed in 1990 to develop proposals for the rehabilitation of the town's covered bridges. The Thompson Covered Bridge was ultimately reconstructed in 1993, so future generations can enjoy this local treasure. 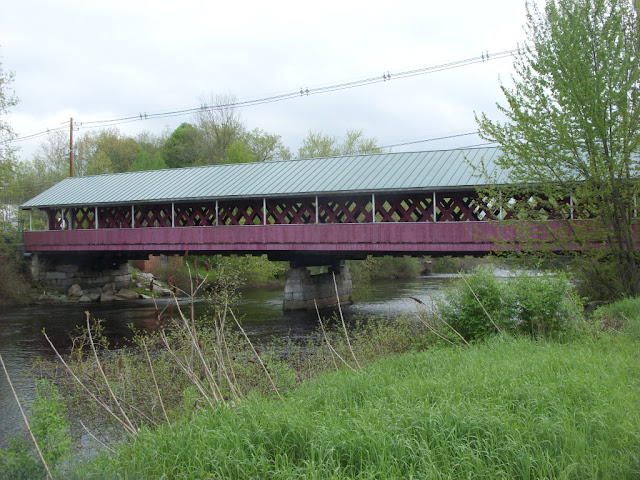 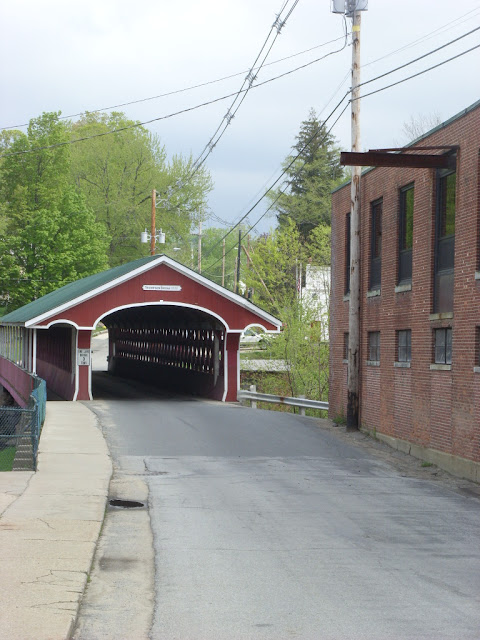 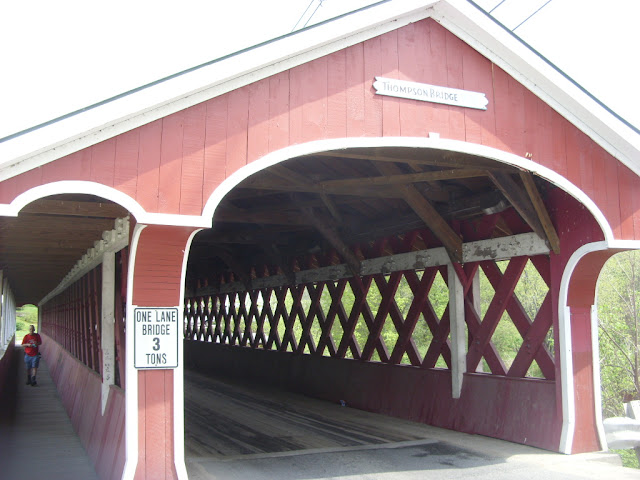 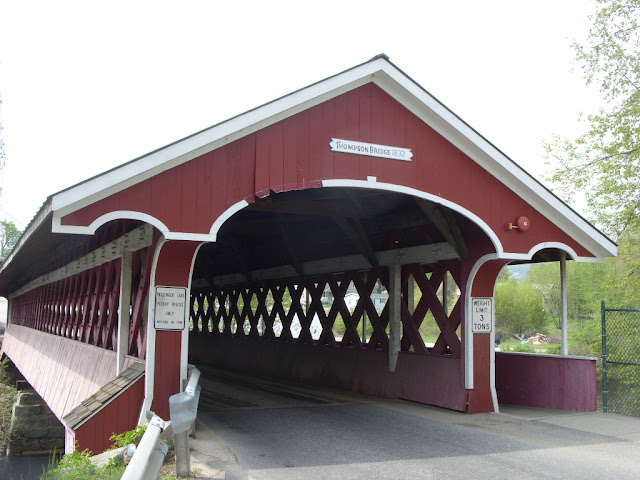 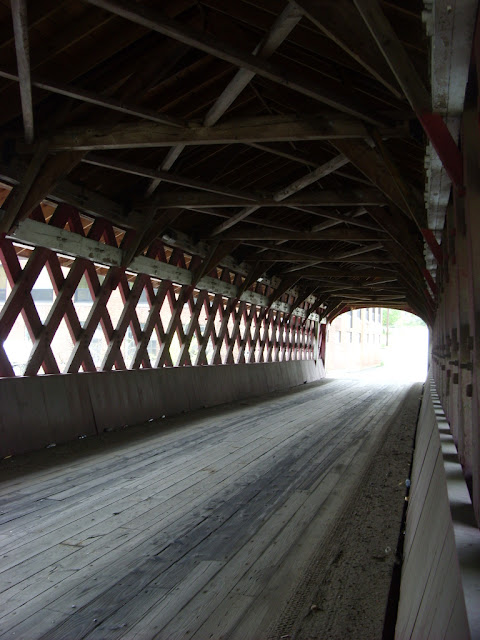 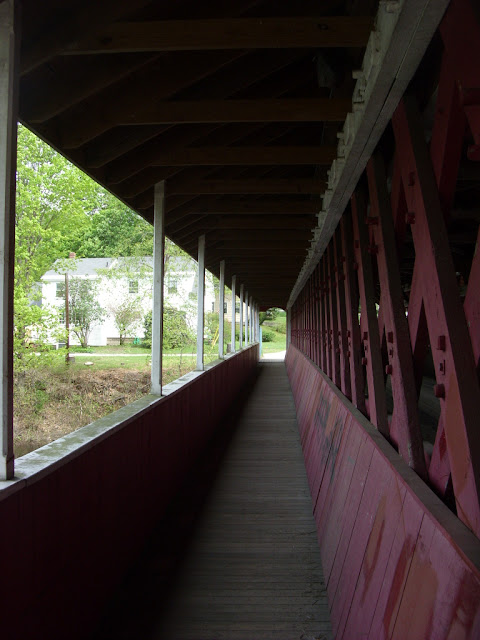 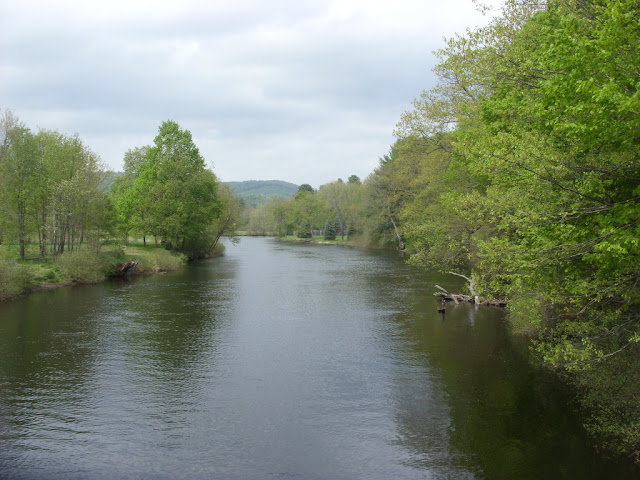 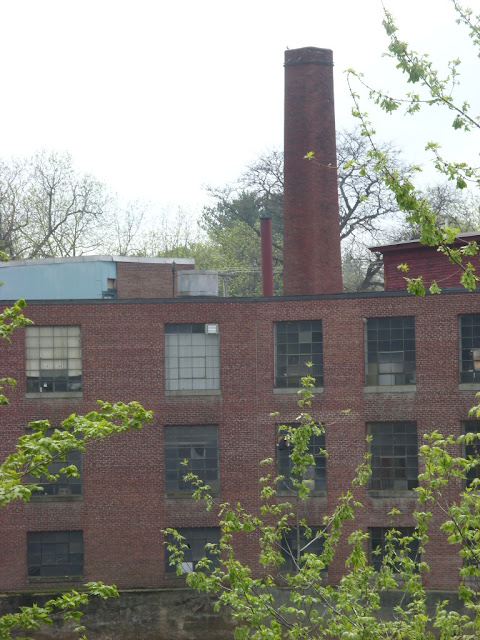 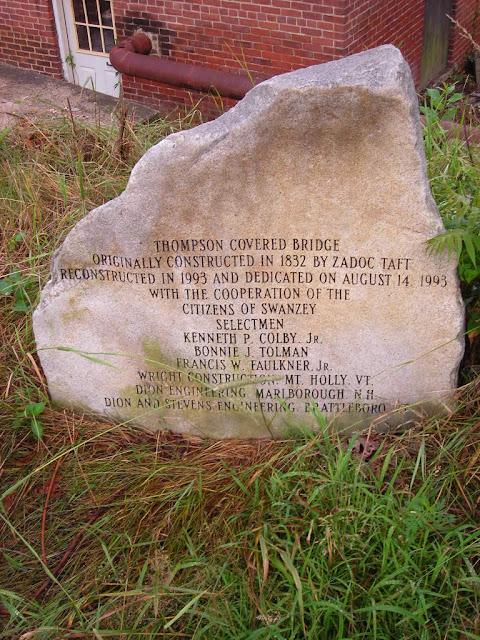 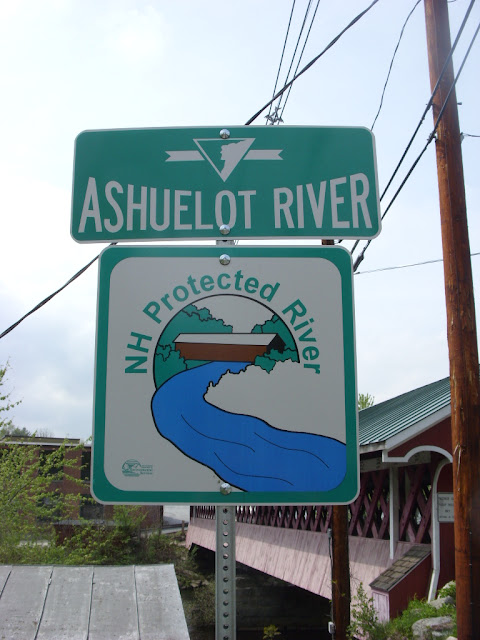