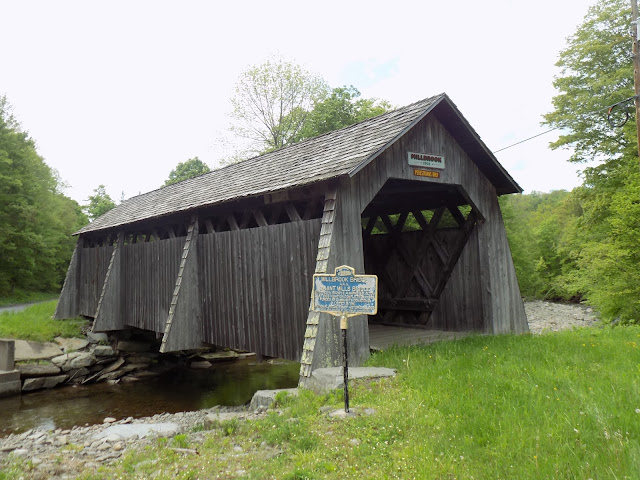 The bridge was built by Edgar Marks, Orrin Marks and Wesley Alton in 1902 at a total cost of $1,027, using a Town lattice truss design for this 66 foot long covered bridge which is quite similar in dimensions and design to other covered bridges found in the Catskills. The bridge took only a few months to build, as local officials were accepting bids to build a covered bridge over Mill Brook in the summer of 1902, and the bridge was finished that same November.

Like many covered bridges, the Mill Brook Covered Bridge did not respond well over the years to the heavier traffic, in terms of weight. In May of 1964, the bridge was evaluated for its load strength and was initially proven to be strong enough to accommodate the load of a school bus. But by September of that year, an adjacent road bridge was built and the covered bridge was then made inaccessible to all but pedestrians. In the coming years, the Town of Hardenburgh was interested in preserving the bridge and passing ownership of the bridge on to private interests who intended to rehabilitate the bridge for historical purposes.

The Mill Brook Covered Bridge was rehabilitated in 1991 by Bob Vredenburgh, who was a great-grandson of Edgar Marks, one of the original builders of the bridge. To assist in the funding of the rehabilitation of this bridge, trunnels were sold to individuals with the stipulation that their names would be imprinted on them. You can look for the names on trunnels when visiting the bridge. I did not know this when I visited the covered bridge at first, but still enjoyed my visit nonetheless. 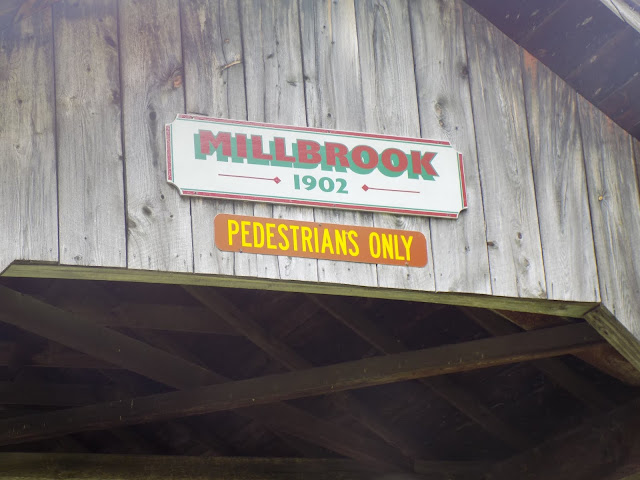 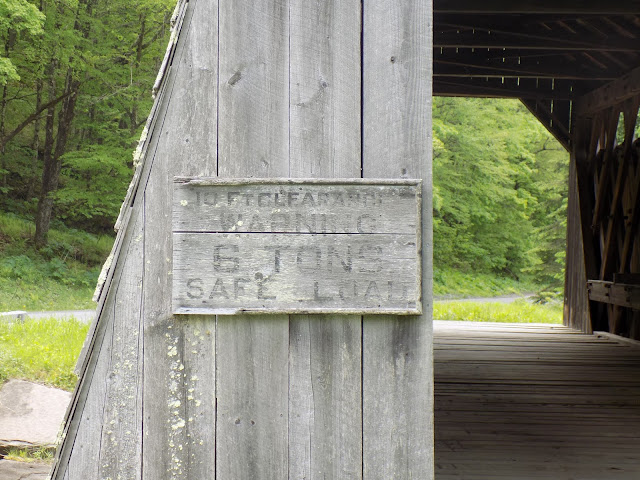 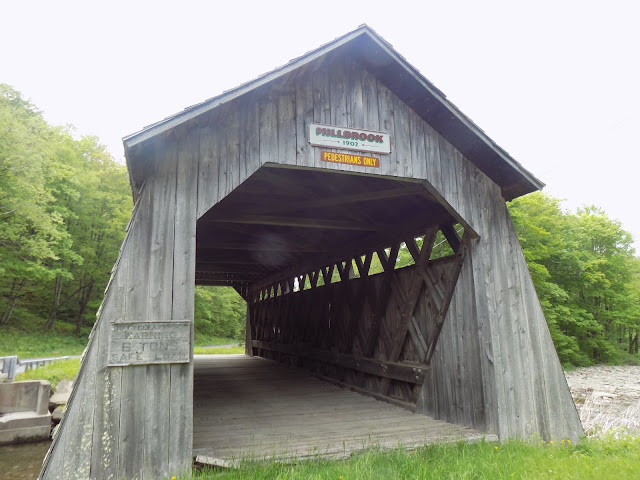 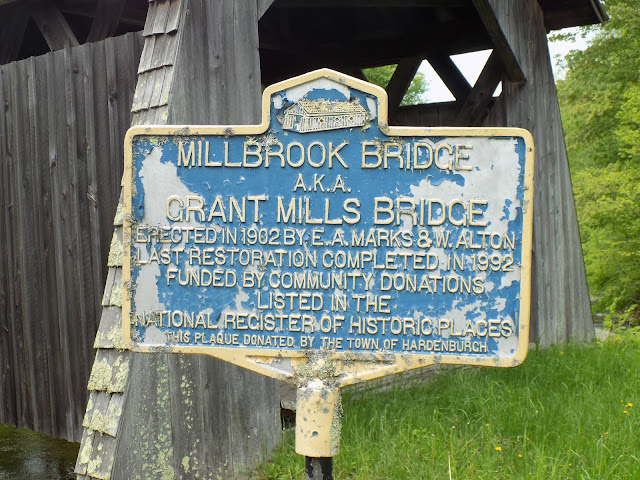 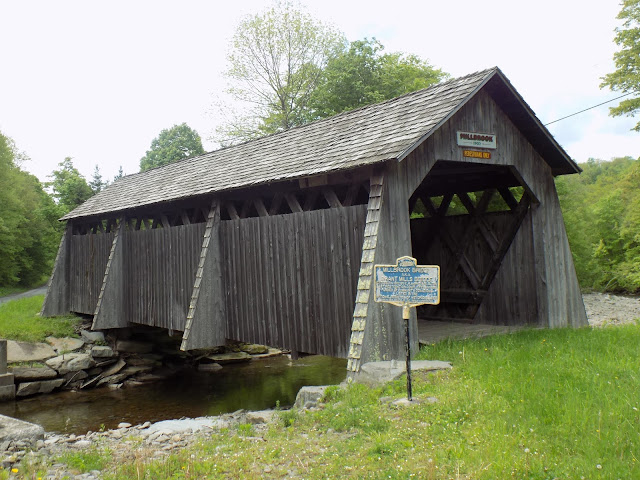