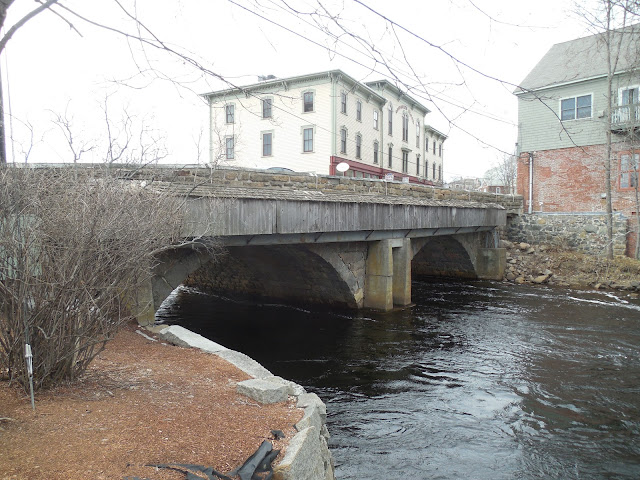 The Choate Bridge was built in 1764 and is the oldest documented two span masonry arch bridge located in the United States. Named after Colonel John Choate, the builder who supervised the bridge's construction, the bridge is located on South Main Street (MA Routes 1A and 133) in downtown Ipswich, Massachusetts and spans over the Ipswich River. Originally, the bridge measured 80 feet, 6 inches in length and 20 feet, 6 inches in width. In 1838, the bridge was widened to 35 feet, 6 inches on the east side in order to accommodate another lane of traffic, while retaining its original length. Remaining unchanged in the bridge's 1838 expansion was the west side and the parapet of the bridge, along with a stone that has an inscription to Colonel John Choate.

Since 1641, there has been a bridge at this location over the Ipswich River in what is now downtown Ipswich, with the previous bridges being constructed with timber. In 1638 the General Court of the Massachusetts Bay Colony ordered that the Bay Road to be laid out between present day Boston, Massachusetts and Portsmouth, New Hampshire, and the road was to be constructed by each town along the way. When the road was built in Ipswich, a bridge had to be built over the river to accommodate the Bay Road. The longevity of the timber bridges were not great and they needed repair or replacement over time.

In 1764, the volume of traffic over the existing bridge had become so great that a wider replacement was needed as the bridge was deemed to be too narrow. A committee was appointed and they determined that the existing wooden bridge needed to be replaced with the recommendation that a stone masonry bridge be built. Essex County agree to bear half the expense of the construction of the new bridge and it was built at a total cost of £996 (this was before the American Revolution, after all). The bridge features of two elliptical arches with a nine inch rise between the spring line and crown. The bridge also features granite ashlar blocks in its construction.

Colonel Choate was supposedly unsure of how sturdy the new bridge would be, so he had a horse positioned to take him north to Canada in the event that an angry mob came after him if the bridge had collapsed upon the removal of the falsework. Little did Choate know that the bridge would not only stand that day, and even safely carry a significant amount of cars and trucks well into the 21st Century. He didn't need that horse after all.

Plans for widening the Choate Bridge were started in 1834, but questions arose regarding the location of the expansion, along with the expense of the project. The town of Ipswich petitioned the Massachusetts legislature in March 1837 to be not held liable for any part of the cost of the bridge which was over the tidewater, but that petition failed and the town was ordered to allow construction to proceed. The town was assessed $1037.50 for its share of the work, which ended the contention and the bridge was widened to 35 feet 6 inches on the bridge's east side. Major restoration work to the bridge was done in 1989 and additional base support work was necessitated after the a storm in 2006.

Today, the Choate Bridge meshes seamlessly within the landscape of downtown Ipswich. The bridge is a Massachusetts historic landmark and was added to the National Register of Historic Places in 1972. There is a small open area on the east side of the bridge where I took the photos of the bridge. 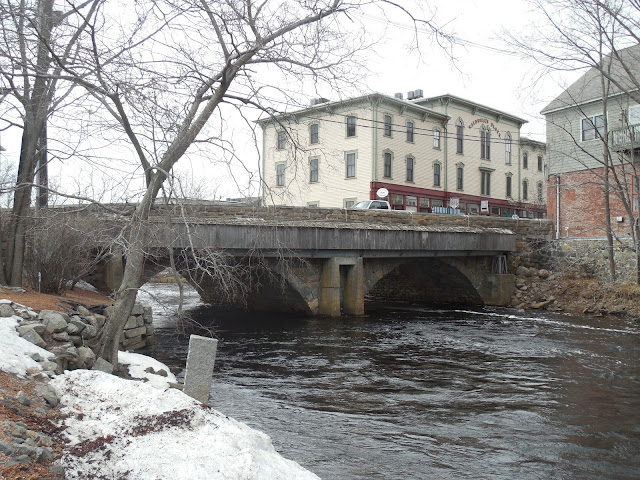 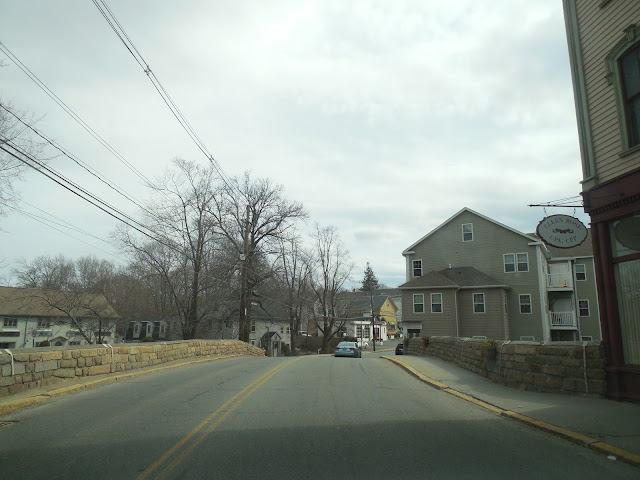 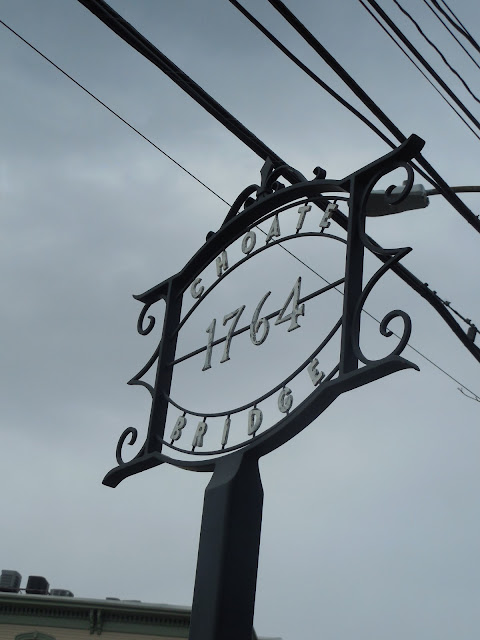 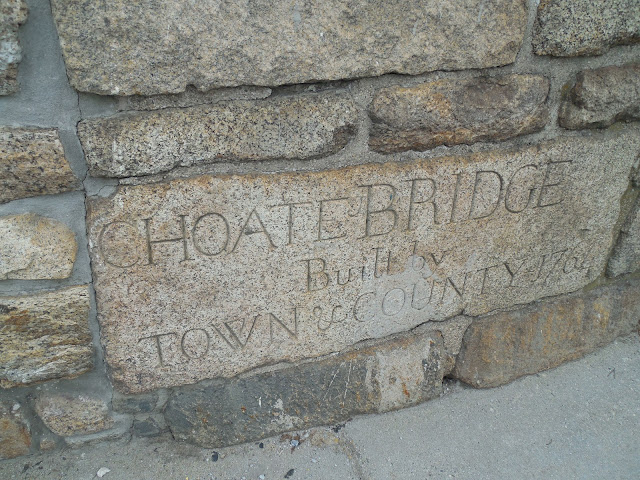 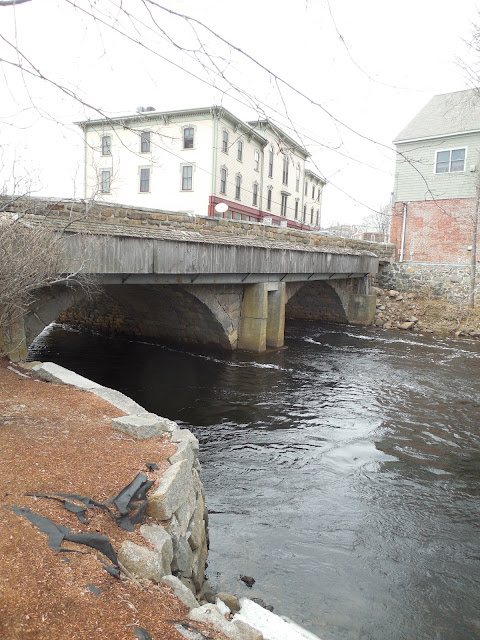