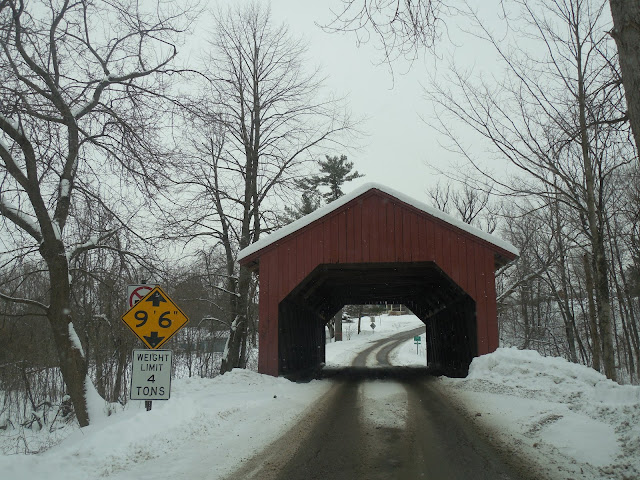 The Maple Street Covered Bridge was almost lost due to flooding in early November 1927, following a very wet October in northern New England. During the late morning and early afternoon on November 3, 1927, rainfall records were set for both hourly density and single storm totals. It was estimated that a cubic mile of water had been lifted off the Atlantic Ocean and deposited on Vermont as a result of a dissipating tropical storm. Four of the five covered bridges that were located in Fairfax, Vermont were destroyed, with the only bridge being saved was the covered bridge on Maple Street. That bridge was taken off its abutments and drifted downstream, where it rested against some trees. After the bridge was brought back to its abutments after the flood, it was thought by some people that the bridge was reinstalled with its original east end facing west, which makes it seem to lean. Perhaps the idea was to get the bridge operating again quickly, given that all of the other covered bridges in town had been destroyed.

The covered bridge was rehabilitated in 1990 and 2002 by Jan Lewandowski of Restoration and Traditional Building, who has worked on several covered bridges across Vermont. Repairs were made to the upper chord, truss web, king posts, roofers, and rafters in the 2002 restoration, which was deemed necessary after a truck driver caused damage to the bridge. With that restoration, the bridge's lean was also repaired. Today, you can find the Maple Street Covered Bridge in an idyllic setting that meshes well within the village center of Fairfax. 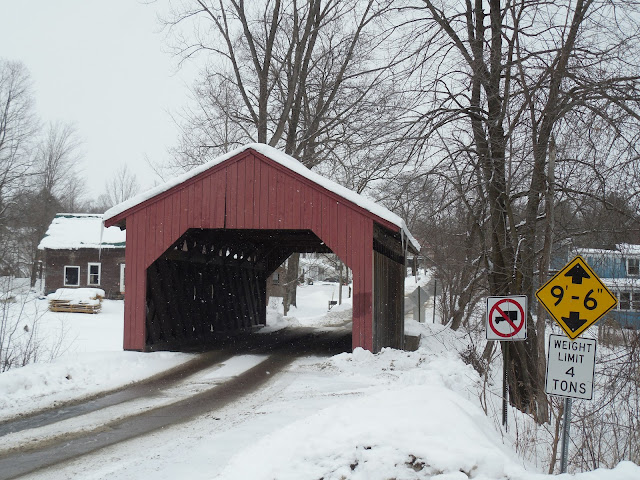