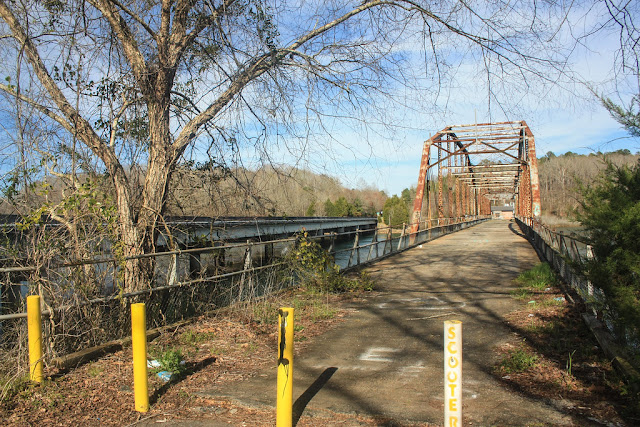 The Smith-McGee Bridge is an abandoned camelback bridge that crosses over the Savannah River in Georgia and South Carolina.  The bridge once carried South Carolina and Georgia 181, a highway that runs from Hartwell, GA to Starr, SC. 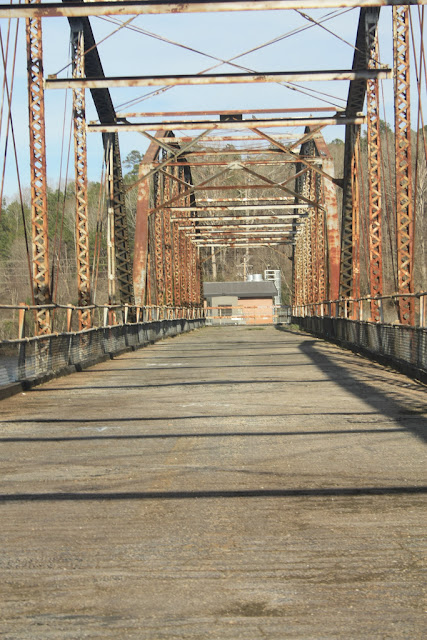 The former three span bridge was built as a private toll bridge in 1922.  Four years later, both South Carolina and Georgia acquired the bridge removing the tolls.  The bridge remained in operation until 1983 when a new concrete bridge was built to its immediate north. 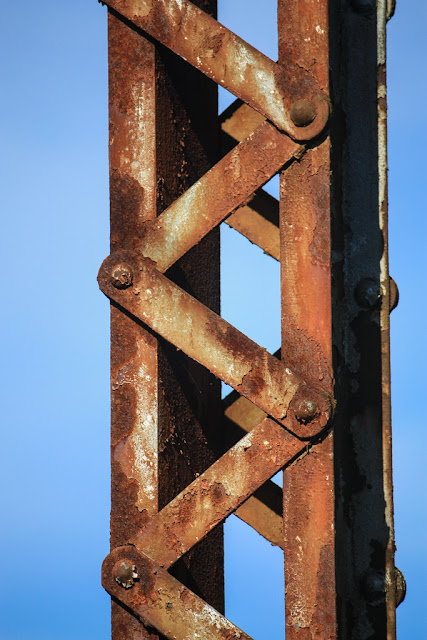 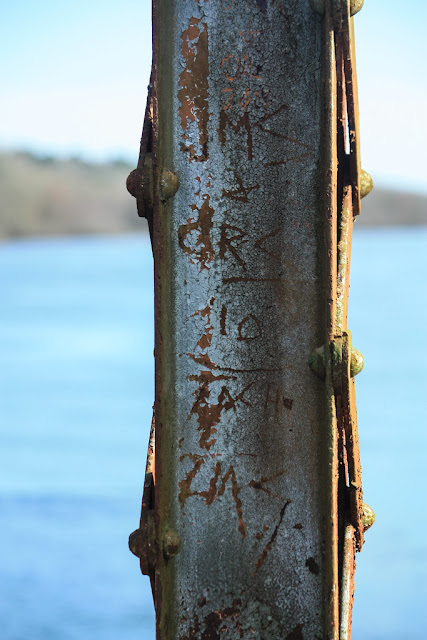 Fortunately, the old bridge was allowed to remain.  It is a popular fishing spot and offers great views of the Savannah River. 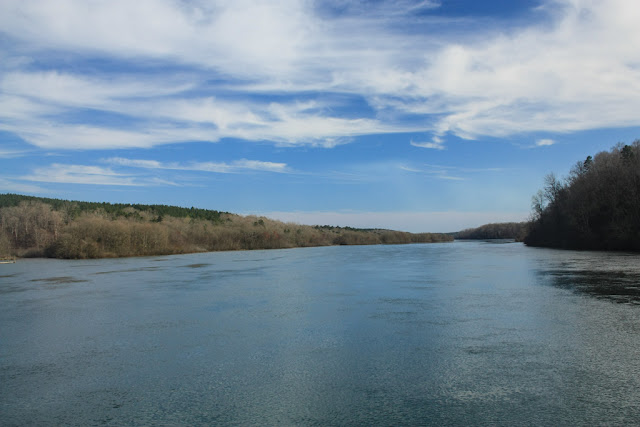