By Challenger Tom April 19, 2020
This edition of Paper Highways examines the history of the unbuilt freeways of the San Diego area; California State Route 157, 171, and 252.

Before the 1964 State Highway Renumbering numerous new route adoptions across California were added by the State Legislature during 1959.  The majority of the 1959 Legislative Route adoptions were intended to be urban freeway corridors.  The corridors of CA 157, CA 171, and 252 were all added for the San Diego area in 1959 with the following legislative descriptions:

As seen above the routing of LRN 285 was loosely defined as being routed between modern I-805 and CA 54.  On the 1963 Division of Highways State Map Insert LRN 285 is shown to have what appears to be a surveyed alignment and is shown being extended to LRN 282 (future CA 125) near Sunnyside. 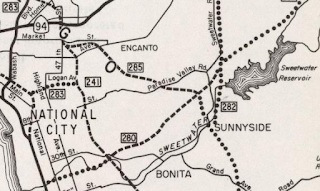 During the 1964 State Highway Renumbering LRN 285 became CA 157.  CA 157 is shown to have a planned revised planned east terminus at CA 54/CA 125.  This new planned alignment of CA 157 can be seen on the 1964 Division of Highways State Highway Map City Insert. 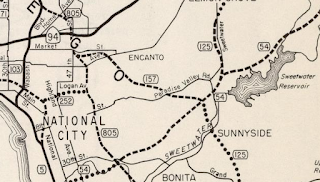 According to CAhighways.org the planned routing of CA 157 was relaxed in 1972.  CA 157 remained on the State Inventory until it's Legislative definition was deleted in 1994.  The last time CA 157 appears is on the 1990 Caltrans State City Insert. 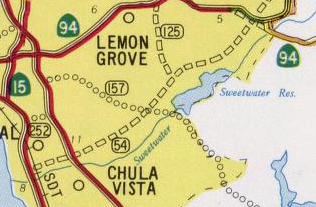 As noted above the loose route definition of LRN 284 would have aligned it from I-5 in downtown San Diego towards the junction of I-805 and CA 15/I-15.  Interestingly the initial map of LRN 284 in 1960 showed it going through much of southeast Balboa Park to reach Switzer Canyon (a move which was sure not please anyone). 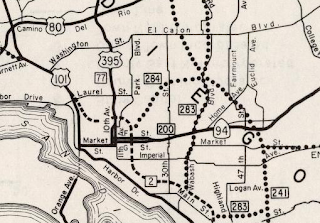 During the 1964 State Highway Renumbering LRN 284 became CA 171 which can be seen on the Division of Highways Map from said year. 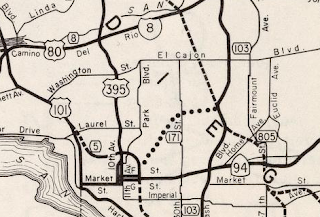 Switzer Canyon was the subject of numerous proposals by the San Diego City Council to be added to the City Park System beginning in the late 1970s.  This culminated in 1987 when the City of San Diego purchased Switzer Canyon which effectively blocked the planned route of CA 171.  Nonetheless CA 171 would linger on the books until it was Legislatively deleted in 1994 according to CAhighways.  The last time planned CA 171 appears on a State Map was the 1990 Caltrans edition. 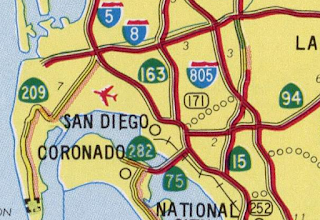 Exit 15B on I-5 towards Perishing Drive/B Street is a left over stub of the freeway-to-freeway connector that was intended for CA 171. 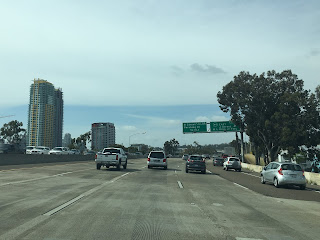 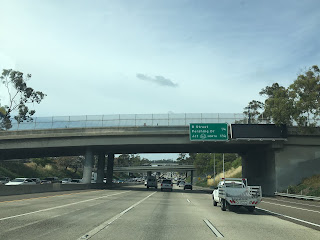 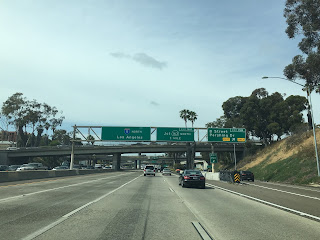 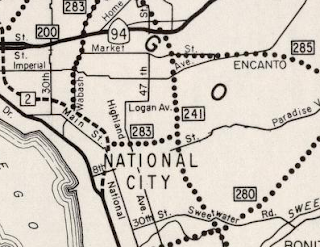 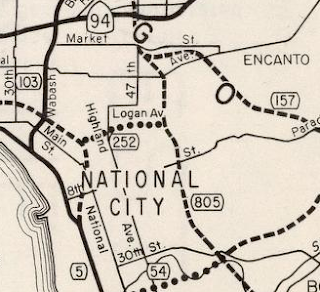 The 1966 Division of Highways Map City Insert shows the planned route of CA 252 moving into the southern City Limits of San Diego. 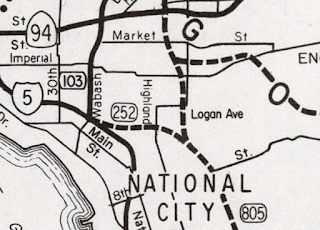 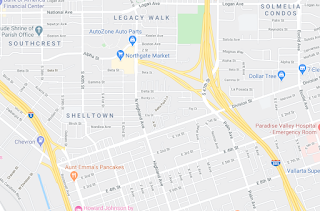 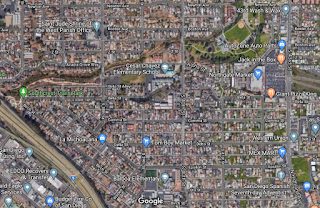 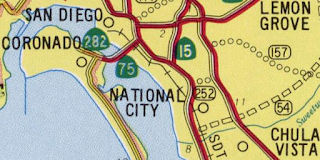