By Challenger Tom August 28, 2018
The 1928 Lake Okeechobee Hurricane was the second most deadly in U.S. history behind the 1900 Galviston Hurricane.  The Category 5 Hurricane first hit Puerto Rico before moving to Florida with winds sustained at 160 MPH.  The path of the hurricane took it directly over Lake Okeechobee which is the largest lake in Florida and headwaters of the Everglades.  The Lake Okeechobee Hurricane raised the water level by at least 20 feet and wiped out many of the surrounding communities.

In total it is estimated that there was at least 2,500 fatalities related to the Lake Okeechobee Hurricane in Florida.   A general list of the communities destroyed by the Lake Okeechobee Hurricane include; Port Mayaca, Sand Cut, Canal Point, Pahokee, Belle Glade, South Bay, Okeelanta, Bean City, Ritta Island, Lake Harbor, Chosen, and Kreamer Island.  Some communities like Belle Glade eventually were rebuilt but others became ghost towns largely wiped clean.

In response to the Lake Okeechobee Hurricane the Herbert Hoover Dike was built around the lake to a modern height of approximately 20 feet.  The Dike was eventually expanded to almost completely encircle the lake which allowed only shipping to occur via flood control locks.  Most of the communities destroyed by the Lake Okeechobee Hurricane were in the sugar fields on the south side of the lake in Palm Beach County in the sugar cane fields of the Everglades watershed.

Okeelanta was located approximately at the junction of US Route 27 and Palm Beach County Route 827.   At it's peak by 1920 Okeelanta had an approximate population of 200.  A rebuilding attempt in Okeelanta was attempted but ultimately failed due to a lack of investors.  There is a sugar refining facility located near the Okeelanta town site which bears the name of the community.  The only other structure of interest is the abandoned Gatorama on US 27. 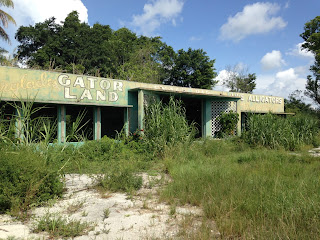 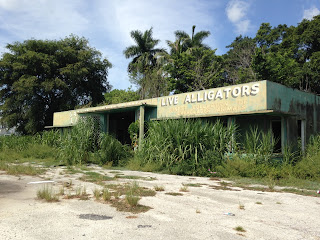 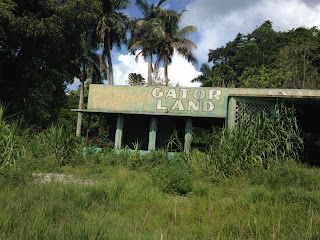 Port Mayaca was located east side of Lake Okeechobee in Martin County on what became US 441/98.  Port Mayaca ultimately became the location of the most burials following the 1928 Lake Okeechobee Hurricane due to the slightly higher elevation over the lake.  US 441/98 used to run on Old Conners Highway through Port Mayaca but it was raised to a new alignment following the completion of local locks.  Port Mayaca regrew enough that it warranted Post Office service until 1958.  The white home pictured below was once the community hotel called the Cypress Lodge. 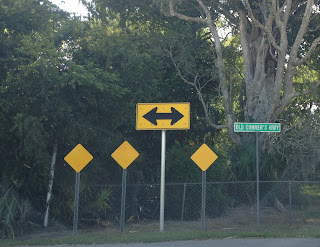 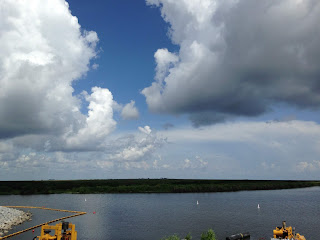