By Challenger Tom August 22, 2018
After taking Nevada State Route 159 from NV 160 to I-15 I took Main Street south to my hotel which was the Stratosphere. 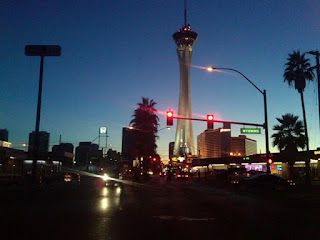 The above photo of the Stratosphere was one I took from Main Street in 2012, I actually forgot to take an exterior picture in 2016.

Incidentally this blog serves as a continuation of the 2016 Fall Mountain Trip Series, Part 5 can be found here:

Some of the more notable sites I thought worth noting were as follows:

Las Vegas Boulevard looking southbound, this would have been US Route 91 and US Route 466. 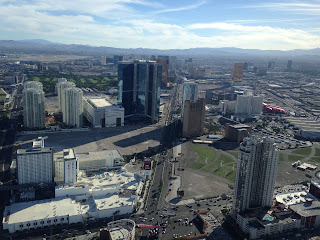 I-15 looking southbound from the NV 589/Sahara Avenue Interchange. 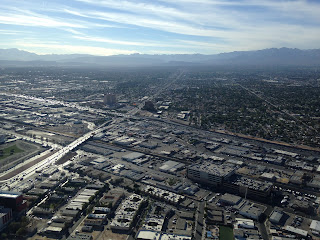