By Bob Malme June 09, 2012
Last weekend I took by first return to NC road trip to southern Durham and Wake Counties to take my first trip on the Triangle Parkway section of NCTA's Triangle Expressway and to view progress in completing the rest of the toll road to the west and south.

Triangle Parkway
Since Adam has posted photos from the Parkway section, I'll only post a few that are most interesting to me. First, what I never thought I'd see on a NC highway sign: 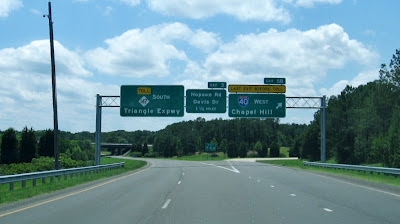 Toll banners, with other projects underway, there will be more of these. I like the way the bridges are designed... 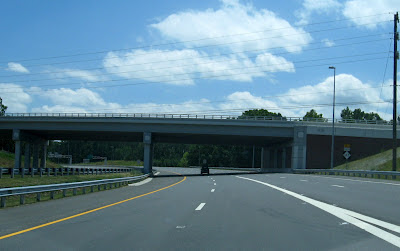 Brick face on the sides and the roadway number or name carved into the concrete. Upon leaving the parkway, there appears a sign that is temporary: 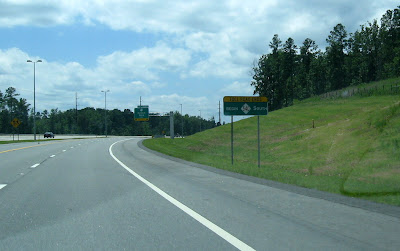 Since in a few month the toll road will not end. Given this is on the offramp from the Parkway, does this mean NC 540 South starts on the ramp, while NC 540 South still exists on the mainline? 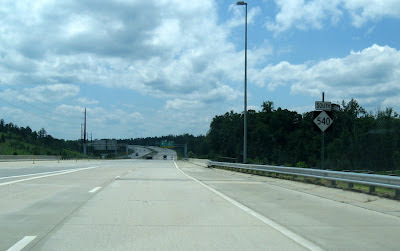 The unopened portion of the road looks close to completion, and is almost ready for the next Triangle Expressway Run in August. The view from McCrimmon Parkway to the south-- 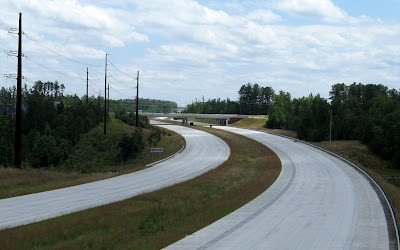 The final layer of cement is down, there are guardrails and signs up, the only thing that appears missing are lane markers. This is a view looking backward towards the NC 55 exit-- 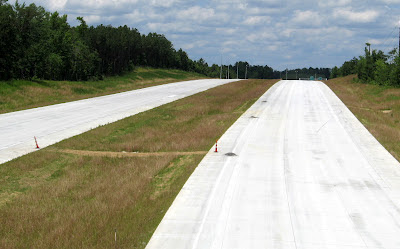 If one looks closely enough, one can see the new overhead signage for the NC 55 exit in the distance. The next bridge carrying Carpenter Fire Station Road over the TriEx is open: 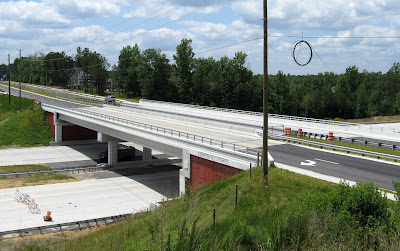 There is still some road work going on here. A view back toward McCrimmon shows exit signs in place: 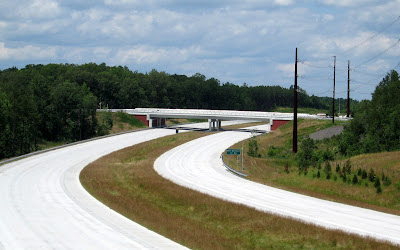 Along with power distribution lines taking advantage of the new corridor. The view to the south looks toward the first new interchange exit sign and Green Hope School Road: 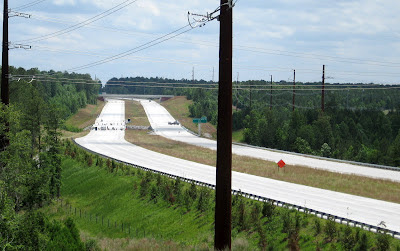 There is some work still going on toward the center of the picture. A closer view of the text in the sign above is below from just before the Green Hope School Road Bridge-- 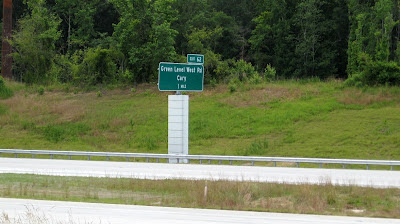 This is standard design for single exit signage, guess a simple ground mounted sign was not seen as good enough. The number for the exit is 62. 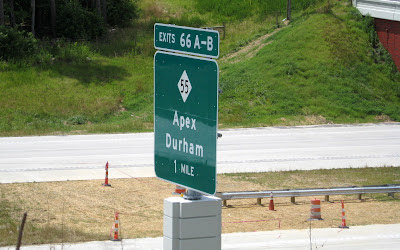 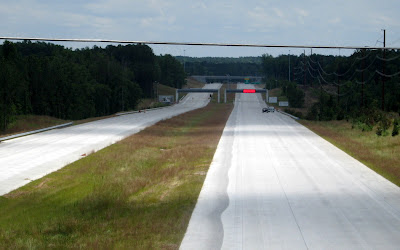 A closer view of this interchange (and the US 64 interchange signage further in the distance) will have to wait until the next road trip. Here's closeup on the Green Hope School Road Bridge where the above photo was taken: 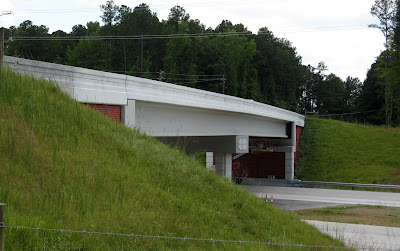 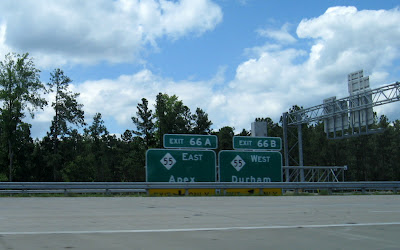 These should be put up soon, the existing signs I guess could not be easily modified to have exit only tabs attached.

From back on the open portion of the TriEx -- 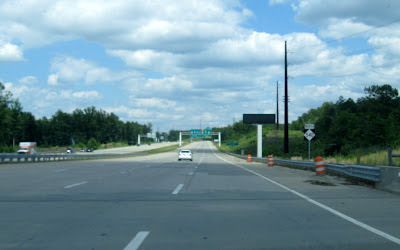 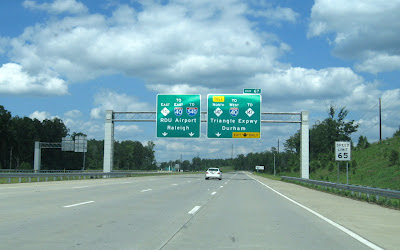 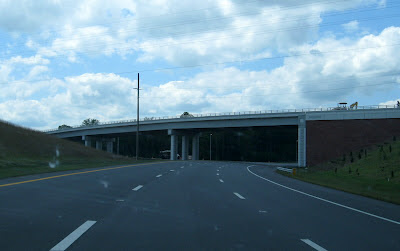 The TriEx opening is still planned for August, I hope to get more photos before then.