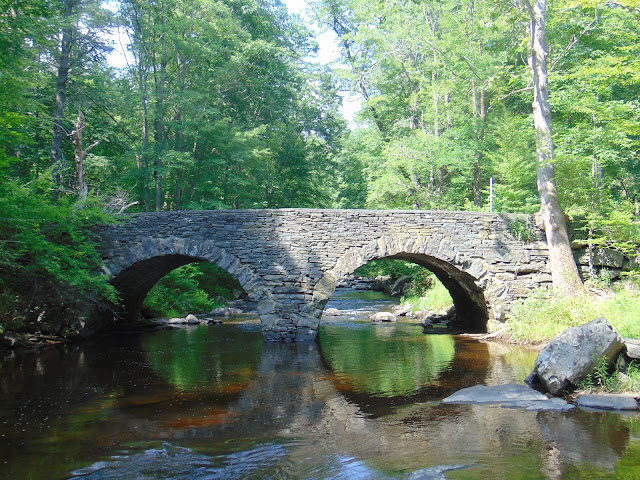 The Tusten Stone Arch Bridge which was constructed in 1896 by William H. Hankins (who was commonly known as Uncle Billy), a local timber raftsman, stone mason and postmaster. The beautiful stone arch bridge crosses the Ten Mile River just northeast of its confluence with the Delaware River. The two arch bridge was constructed using native bluestone, is roughly 40.7 feet long, 15 feet wide, is included on the National Register of Historic Places. and continues to operate as a single lane vehicle bridge for local traffic as well as foot traffic for a nearby hiking trail. The bridge and the surrounding town is named in honor of Dr. Benjamin Tusten, an American militia volunteer and physician. Dr. Tusten was killed as he tended to wounded soldiers at the Battle of Minisink on July 22, 1779, less than ten miles to the south of this settlement. The bridge and the surrounding land have been owned since 1927 by Greater New York Councils of the Boy Scouts of America for their use an educational camp as part of the Ten Mile River Scout Camps. Through an agreement with the National Park Service, the bridge is publicly accessible along the beginning section of the 3 mile Tusten Mountain Trail, a hike with outstanding scenery of the Upper Delaware Valley.

To visit the bridge, I veered off of NY 97 (a scenic byway in its own right) in the Town of Tusten and followed the Ten Mile River Road down to the bridge and found a place to park. On the hot July day I visited, the Ten Mile River was busy, but not super packed, with people enjoying the natural environment as well as the bridge itself. I was more content with getting a few pictures, soaking in my surroundings for a few minutes and going on my merry way. 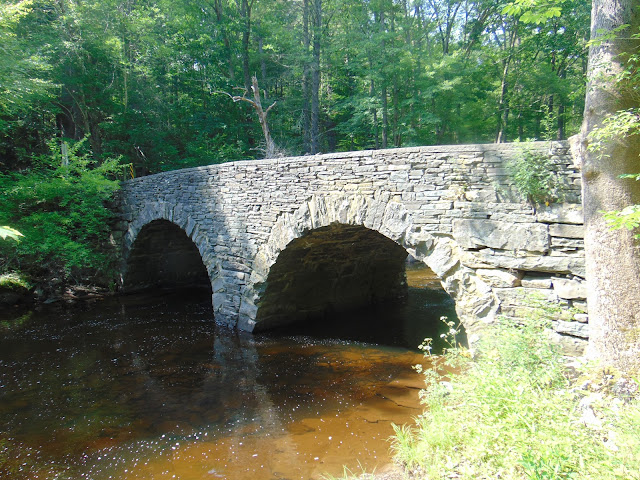