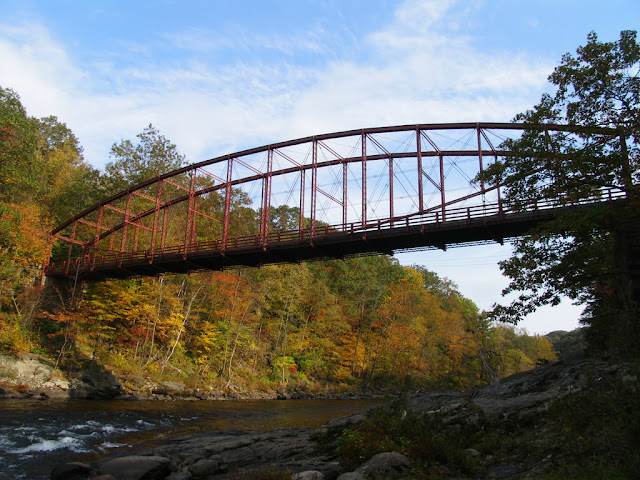 In October 2006, I took a roadtrip through Western Massachusetts.  On my way back home towards Albany, I had stopped at a covered bridge near Conway to take some photos and started up a conversation with an artist that was doing a painting of a church across the street.  I told him about my trip and what I had seen that day.  The gentleman then told me of a historic bridge over the Deerfield River that was nearby.  He told me that I needed to take a few backroads but it was worth the drive. 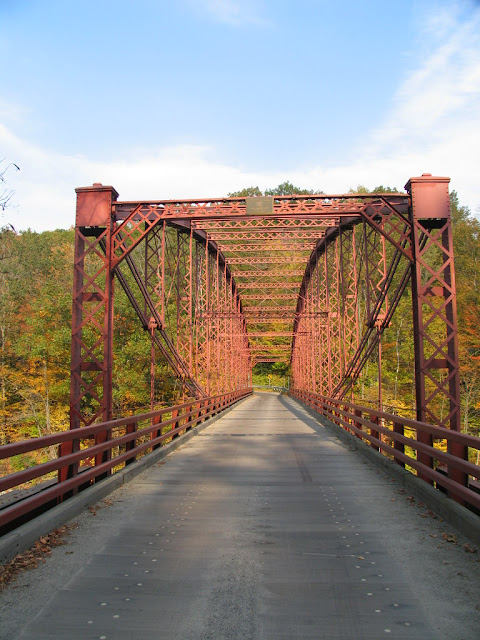 He was correct.  At the bottom of a quiet country road was the Bardwell's Ferry Bridge.  A historic lenticular truss bridge that was built in 1882 and replaced a wooden bridge that once crossed here.  The 230 foot long pin connected bridge was a beautiful sight mixed in with all the colors of fall. 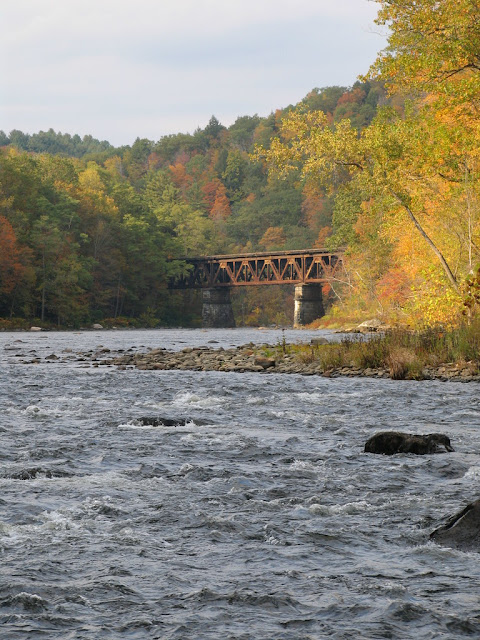 The largest span of the bridge is just under 193 feet and from there are magnificent views of the Deerfield River and of a Springfield Terminal rail bridge. 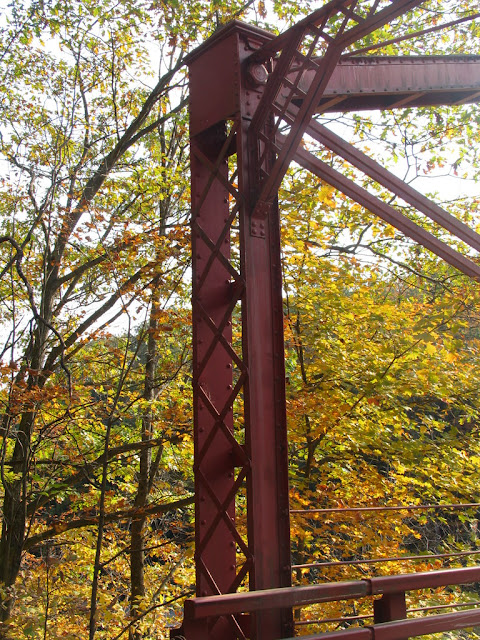 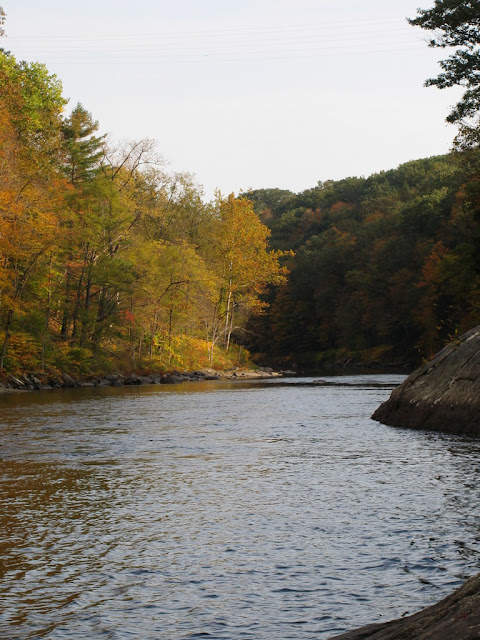 Bardwell's Ferry is also a popular launch spot for kayakers and other paddle boats.  This unplanned detour is one of my fondest memories of my time living in the Northeast.  I easily could have stayed here for hours enjoying the soothing sounds of the Deerfield River, the smells of the leaves, and just the overall peaceful setting.  I hope to get back here again someday.