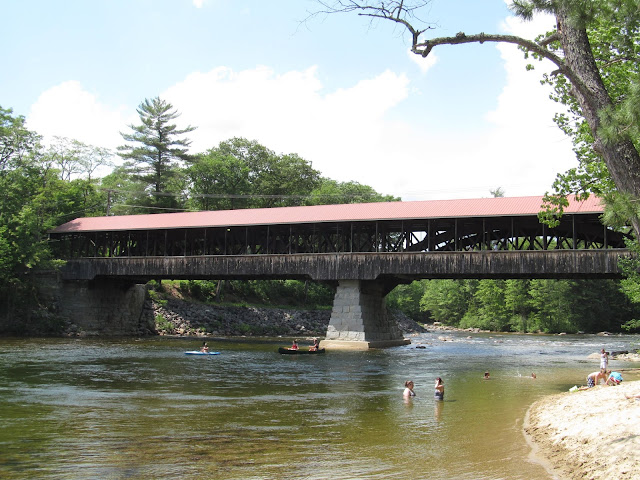 The current Saco River Covered Bridge was built in 1890 by Charles Broughton and Frank Broughton and restored from 1987 to 1989. It is located on East Side Road in Conway, New Hampshire and is easily accessible from NH 16 and NH 153. On the day I went, it was pretty hot out, so there were a number of people using a small beach near the covered bridge as a swimming hole or for paddling along the Saco River. It is a pretty neat covered bridge to visit or drive through, I would say.