By Challenger Tom December 30, 2017
After completing CA 59/J59 I took a westward swing on CA 108/120 to get back to San Joaquin Valley.  Along the way I encountered a historical marker for Knight's Ferry above the Stanislaus River. 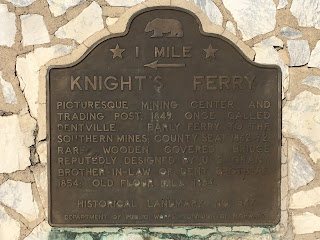 During the 1848 at the beginnings of the 1849 California Gold Rush Knight's Ferry was established as a crossing of the Stanislaus River.  The ferry at Knights Ferry was in operation only until 1852 when it was replaced by a bridge.  A second covered bridge was constructed in 1862 on higher grounds after a flood and was in operation until the 1980s along Shuper Road.  Knights Ferry was the County Seat of Stanislaus County from 1862 to 1871 when it was replaced by Modesto.

Unfortunately I didn't have any cash on hand to go see the 1862 wooden covered bridge but I was able to check out downtown Knights Ferry along Sonora Road.  Sonora Road crosses the Stanislaus River on a modern bridge and traffic is greeted by a sign announcing you have entered Knights Ferry. 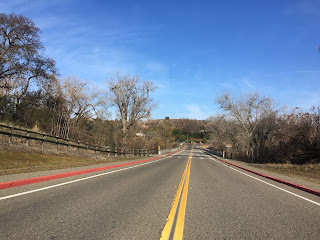 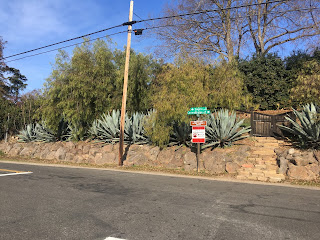 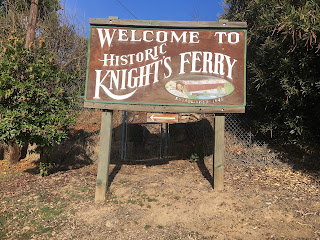 I really enjoy Gold Rush Era towns as they are probably the best example of what the West Coast was like before it became heavily populated in the 20th century.  Knights Ferry has an old fire department building along with a general store among many other structures that was worth checking out.  Really I was hoping for a little more than just route clinching so it was nice to find a classic Californian Gold Rush town I hadn't been to previously. 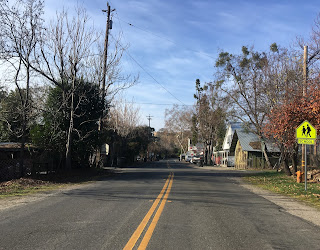 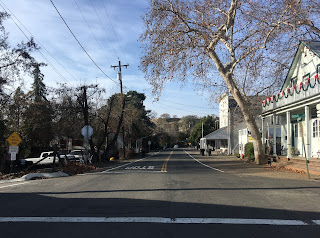 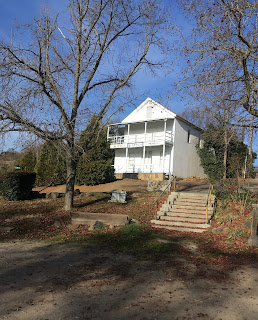 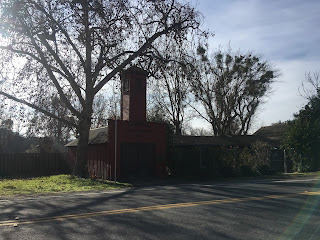 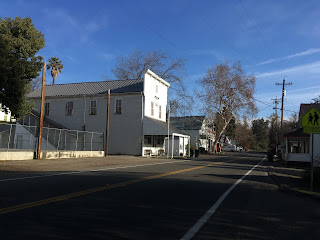 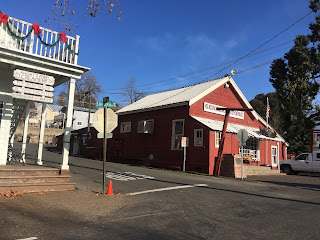