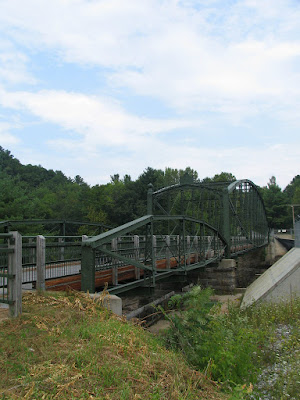 The parabolic truss bridge in Highgate Falls, Vermont is a state owned historic bridge located in Franklin County.  The historic bridge, which was built in 1887, is one of the few remaining examples of this once very common style.  Built by the Berlin Iron Bridge Company, a Connecticut-based company that built hundreds of bridges in New England and the United States in the late 1800s, the nearly 300 foot span crosses the Missisquoi River.

The bridge was added to the National Register of Historic Places in 1974.  An agreement between the Federal Highway Administration and the Vermont Agency of Transportation in 1998 created the Vermont Historic Bridge Program that allowed for the rehabilitation and preservation of the Highgate Falls and numerous other bridges throughout the state. 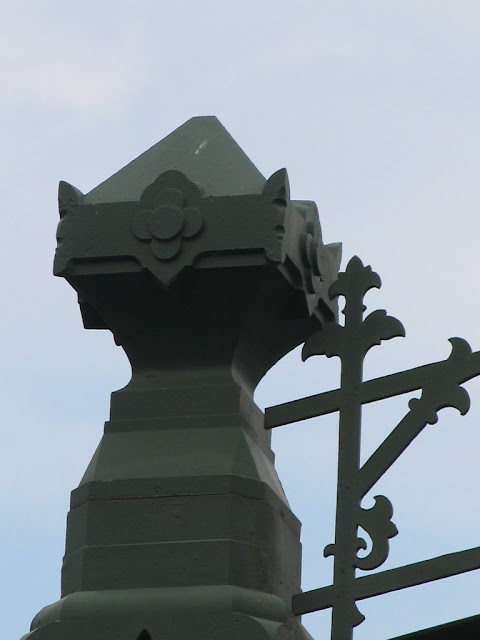 The bridge carried vehicular traffic until 1976 and would be re-opened for pedestrian use in 2000. (1)  One of the notable features of the bridge is the many ornate details. 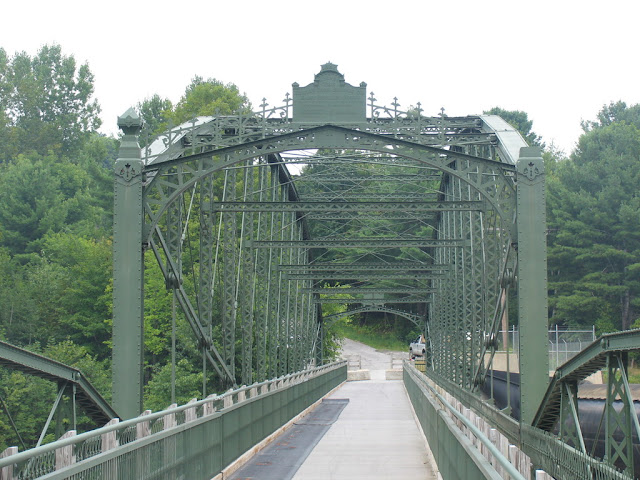 The parabolic or lenticular design was developed by William Douglas.  In 1878, the Berlin Iron Bridge Company purchased the rights to Douglas's patent and began to standardize and pre-assemble parts for numerous bridges throughout New England and the United States.  The main parabolic/lenticular span runs 215 feet while a pony truss bridge on the south approach runs 80 feet. 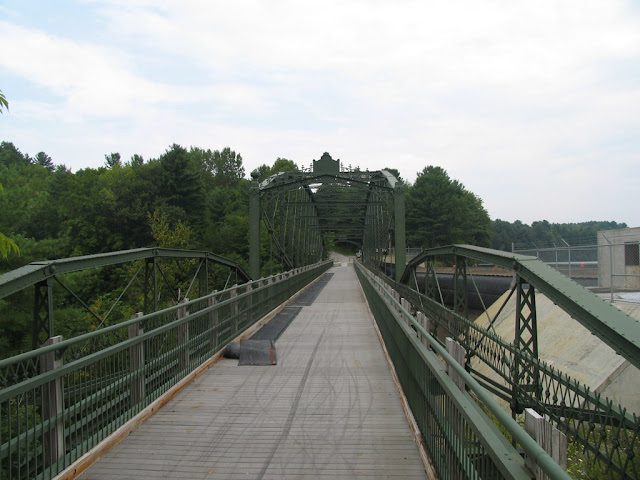