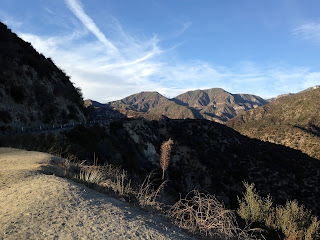 CA 2 as a State Highway was created in 1934 from several Legislative Route Numbers:

CA 2 has been heavily altered over the years and has had several notable multiplexes.  The present highway is gradually being truncated from Santa Monica towards the Hollywood Freeway at it's west terminus and presently has an east terminus at CA 138.  The focus of this blog is on the Angeles Crest Highway/LRN 61 portion of CA 2.  The histories of the other sections of CA 2 can be found on these previous blogs.

Construction of LRN 61 reported didn't start until 1929.  LRN 61 was extended Legislatively in 1931 eastward to the route of LRN 62 (future CA 39) in San Gabriel Canyon. LRN 61 and LRN 62 can be seen as a mostly unimproved Secondary Road looping through Angeles National Forest on the 1932 State Highway Map (both were far from complete in reality).

The 1938 State Highway Map shows CA 2 for the first time on LRN 61 and the highway closing in from both sides towards LRN 62 at San Gabriel Canyon.

Not much change is shown aside from surface improvements on CA 2/LRN 61 on the 1940 State Highway Map.  Work on the Angeles Crest Highway would shutter in 1941 due to World War II and wouldn't resume until 1946.

CA 2/LRN 61 on the Angeles Crest Highway opened in 1956.  The completed highway over the ridge of the San Gabriel Mountains can be seen on the 1957 State Highway Map.

The planned realignment of CA 2/LRN 162 onto the Glendale Freeway over the Los Angeles River first appears on the 1961 State Highway Map City Insert.

On the 1963 State Highway map CA 2 is shown realigned onto the southern segment of the Glendale Freeway and Glendale Boulevard from Fletcher Drive to US 101/US on the Hollywood Freeway.

1963 was also notable since it was the first year CA 39 reached CA 2 via San Gabriel Canyon.

During the 1964 State Highway Renumbering all LRNs were dropped and CA 2 was truncated to CA 138.

The future route of CA 2 on the Glendale Freeway to La Canada Flintridge appears first on the 1965 State Highway Map.

A portion of the Glendale Freeway is shown complete south of La Canada Flintridge on the 1975 State Highway Map.

Conversely the 1977 State Highway Map shows the Glendale Freeway/CA 2 complete from I-5 north to CA 134.

CA 2 on the Glendale Freeway is shown complete to I-210 and La Canada Flintridge on the 1979 State Highway Map.

With the above history of the Angeles Crest Highway in mind back in 2016 I approached CA 2 from CA 138 west in western San Bernardino County. 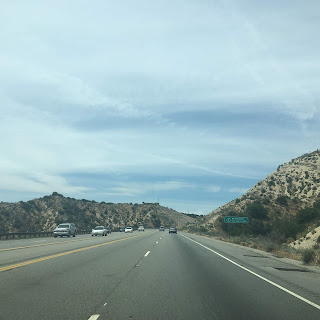 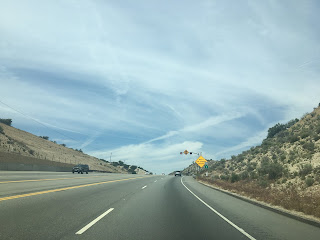 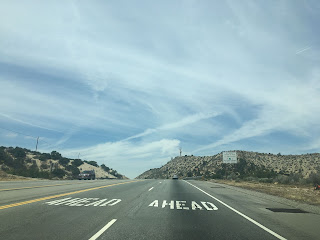 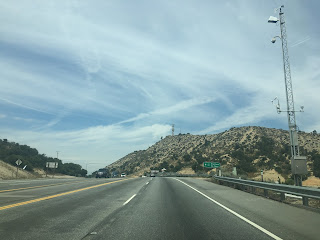 CA 2 west on the Angeles Crest Highway ascends into the San Gabriel Mountains passing through Wrightwood before entering Los Angeles County.  The first major overlook on CA 2 west of Wrightwood is Blue Ridge at 7,381 feet above sea level. 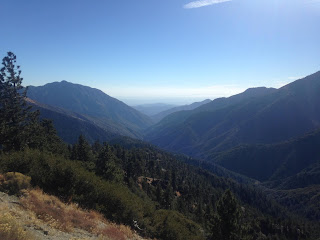 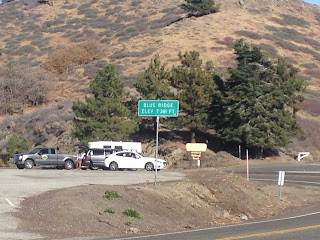 West of Blue Ridge CA 2 briefly descends to the overlook at Vincent Gulch Divide located at 6,565 feet above sea level. 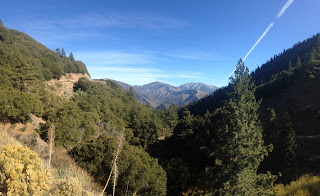 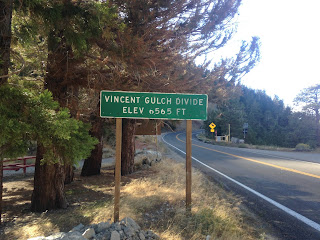 West of Vincent Gulch CA 2 begins to run along a ridge line facing the Mojave Desert.

At Dawson Saddle CA 2 and the Angeles Crest Highway peak out at a high elevation 7,901 feet above sea level. 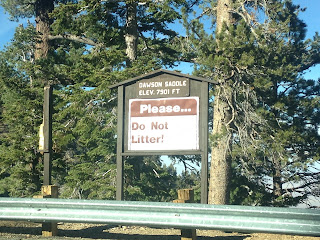 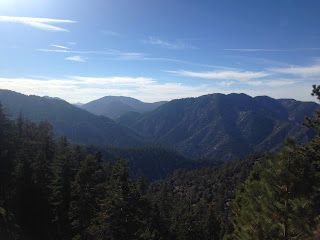 CA 2 west on the Angeles Crest Highway meets the closed portion of CA 39 on San Gabriel Canyon Road at 6,680 feet above sea level at Islip Saddle. 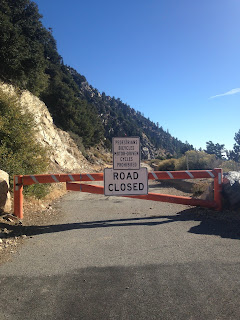 Suffice to say the view south through San Gabriel Canyon on the closed portion of CA 39 is pretty breath taking.

CA 39 in Islip Saddle has been closed since rock slides in 1978, more information can be found below. 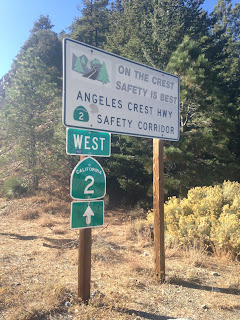 CA 2 west of CA 39 passes through the Angeles Crest Tunnels which were completed by 1950. 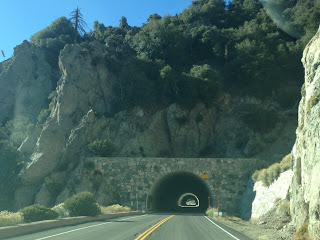 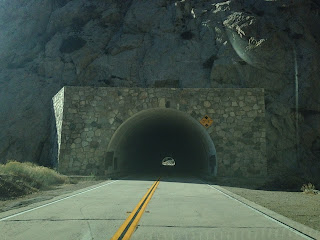 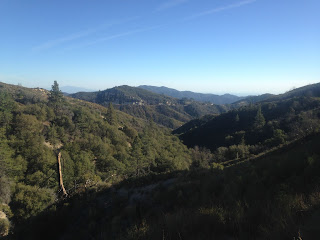 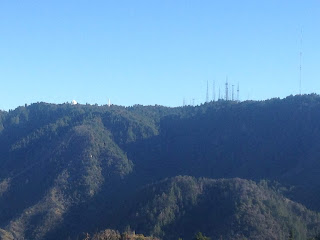 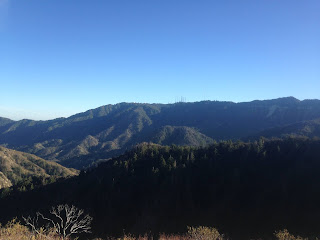 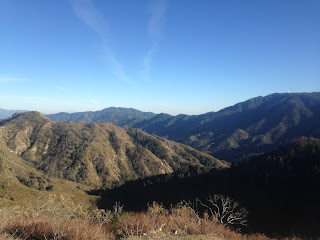 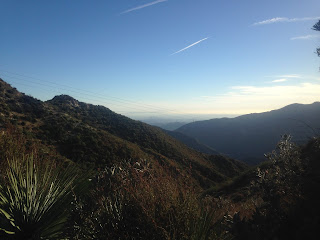 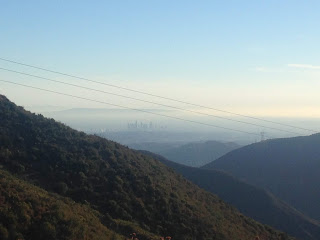 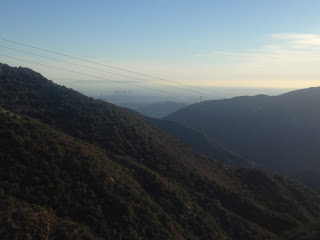 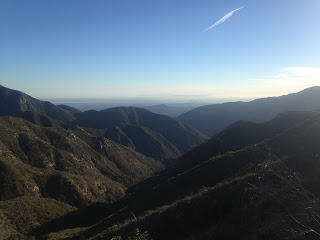 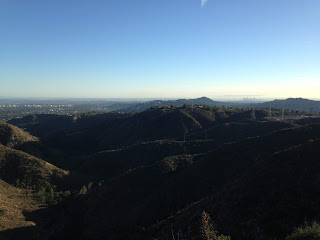 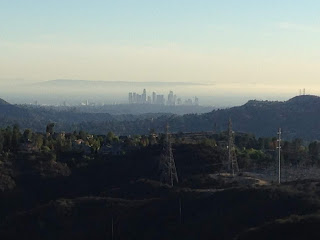 Looking northward through Dark Canyon offers a nice view of the eastbound climb of the Angeles Crest Highway. 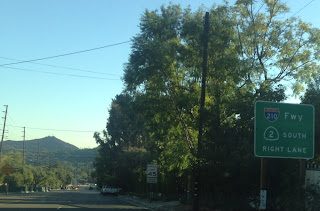 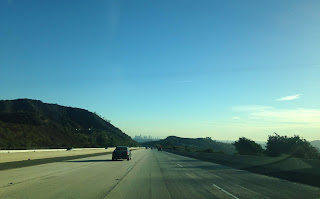 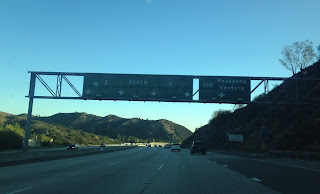 More regarding the history of the Glendale Freeway can be found below: