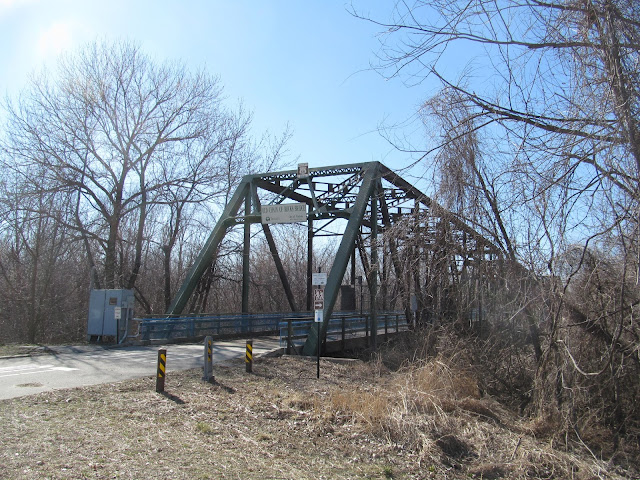 One of the more interesting features that you can still explore along the former routing of old US Route 66 is the old Chain of Rocks Bridge. The old Chain of Rocks Bridge spans 5353 feet across and about 60 feet over the Mississippi River between St. Louis, Missouri, and Madison, Illinois. Constructed in 1927 and 1928, the bridge opened in 1929 and is named for the rocky shoals along this part of the Mississippi River. Because of these rocky shoals, the bridge has a 22-degree bend to accommodate boaters who had to navigate the Chain of Rocks around two water intake towers nearby. It was argued that navigation would have proven to be difficult if the original design for a bridge in a straight line had taken shape. The bridge had opened up in July 1929, over budget at $2.5 million, complete with beautiful landscaping on both ends of the bridge and a toll booth on the Missouri side of the river. By 1936, US 66 was routed onto the bridge.