By Challenger Tom March 13, 2018
Back in 2014 I found myself returning home to Florida from Hot Springs National Park.  While passing through East Carroll Parish in Louisiana on US Route 65 I noticed an abandoned school on the side of the highway in a community called Transylvania. 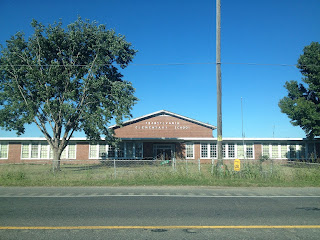 Supposedly Transylvania was founded in the early 19th century and was named after the University of the same name in Kentucky.  Supposedly Transylvania has about 700 residents according to the 2000 Census but you wouldn't know it from the total lack of occupied structures.  The earliest map reference I can find showing Transylvania present in East Carroll Parish is from 1878.

Article Regarding the Transylvania Elementary School