Down to Fayetteville to check on NC 162

Accomplishments: NC 82 clinched and clinched what pretty much is opened of NC 162 along with what will become NC 162. 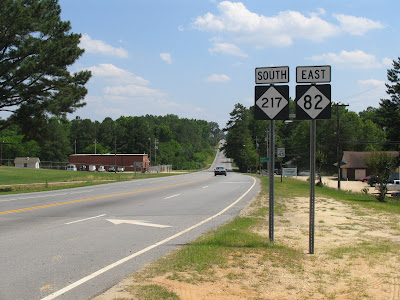 NC 82 actually has a unique alignment. It has a handful of turns onto different roads making the drive not as boring as one would think. NC 82 also travels through the Averasboro Battlefield. The battlefield museum is located right one NC 82. This stretch of NC 82 is part of the NC Scenic Byways and also NC 82 may have the most historical markers per mile of highway for a primary route. The battlefield grounds are small and being the history buff that I am, I plan on doing a Averasboro and Bentonville Battlefield tour sometime in the future.

Near the eastern end of NC 82 there are two NC 82 shields that are recycled shields of another route. On one, the number '2' covers up another designation. And on US 13 South, the '82' completely covers up a different number. Here's a close up of the '82' cover up. 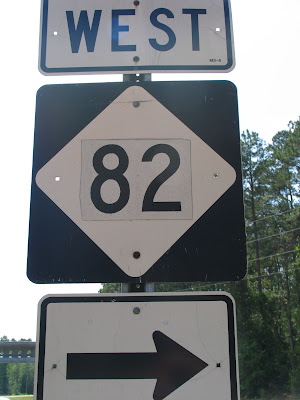 We both noticed something on NC 82 and later on NC 71 that we've never seen before. At intersections with secondary routes, there were actually numbers for the primary route on the small blocks of wood that are frequently found on the back of Stop Signs. 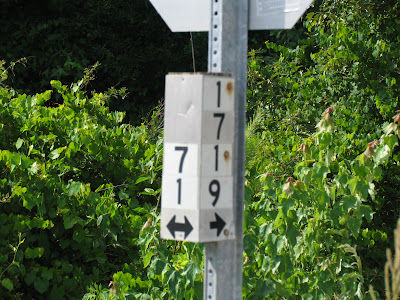 Now for NC 162, NC 162 will not start as I-95 Business/US 301 as previously thought. First, Elk Street which the Hope Mills Bypass ties into runs about 200 feet shy of I-95 Business/US 301 ending at a frontage road. However, there is grading for an eventual tie into Green 95/US 301 at some future date.

As of today, the Hope Mills Bypass is not completely open. At Legion Road and Elk Street, NC 162 begins. But right now it runs about an 1/8th of a mile to a subdivision entrance. 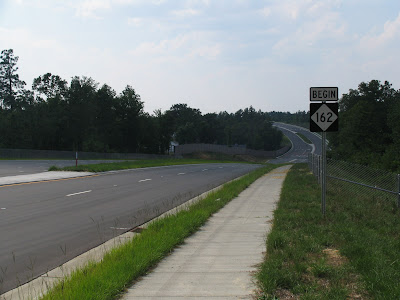 NC 162 begins again at Camden Road. It is fully signed. It is also signed where it crosses NC 59 and beyond that. However, there are no signs beyond Fisher Road where a new four lane bridge is being constructed over Beaver Creek. From then NC 162 will go on what is currently Bingham Drive, which is currently being widened. 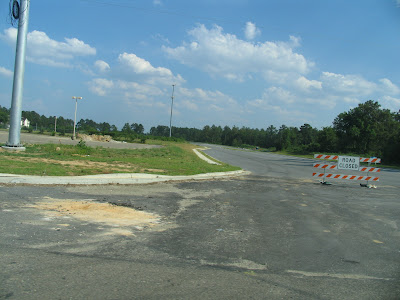