By Adam June 29, 2006
The New York State Thruway re-opened today sometime before noon. However, the ramps at Eixt 28 and 29 would remain closed. The Thruway was still closed when I headed into work at 7:30 this morning. The eastbound Guilderland Travel plaza was packed with trucks as was the shoulders on the ramps on I-88 Exit 25 and on NY 7. Many of the truckers would bed down their overnight. Truck traffic was suggested to take the Thruway south to I-84 into PA and take I-81 North to Syracuse. Here are some photos from the drive in this morning.

VMS Advising travelers about the closed Thruway on I-90 West just prior to Exit 25. 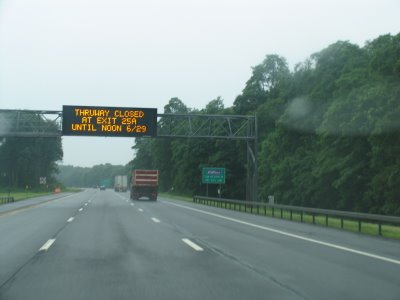 Traffic being funneled to exit at I-88. 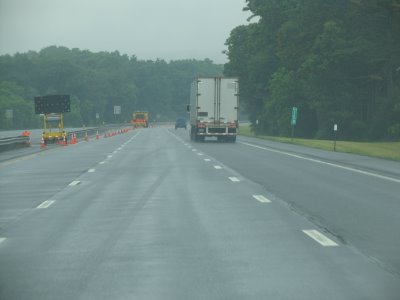 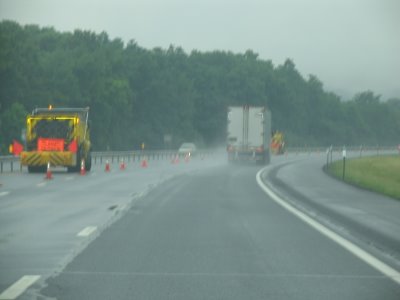 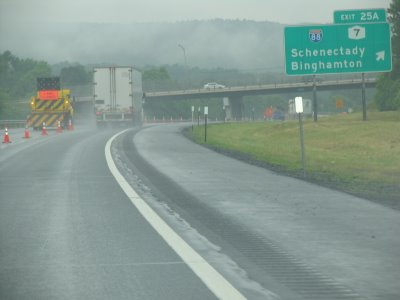 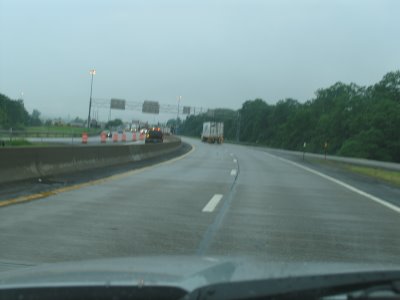 VMS informing about the detour use I-88 West to Exit 24 and some of the pulled over trucks. 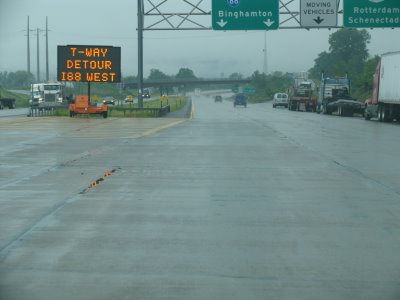 Finally some of the trucks that pulled over for the night on the I-88 Exit 25 ramps and on NY 7. 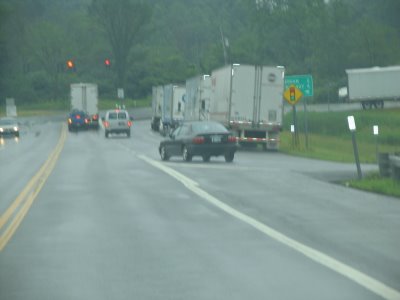 Acording to the NYSDOT, the I-88 culvert was scheduled for a routine inspection later this year. The culvert and that section of I-88 was built in 1973. The culvert was last inspected in August of 2004 and received a five of seven (or good) rating. For more see WSYR Article.