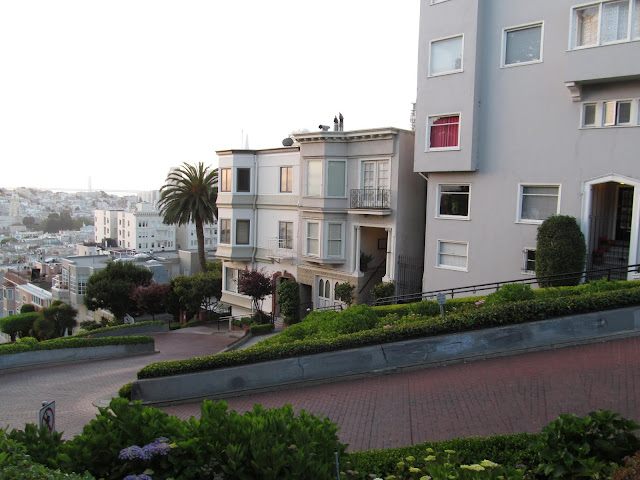 One of the most famous streets in the United States is Lombard Street in the Russian Hill District of San Francisco, California, and particularly the short section between Hyde and Leavenworth Streets that has been deemed as "The Crookedest Street in the World". Truth be told, Lombard Street is not even the most crooked street in San Francisco. That title technically belongs to the section of San Francisco's Vermont Street between 20th and 22nd streets on Potrero Hill. But nonetheless, Lombard Street has become a popular tourist attraction in this city by the bay. Every year, millions of visitors walk or drive down Lombard Street's eight sharp hairpin turns, complete with perfectly manicured landscaping. It has also been a filming location for a number of movies and television shows over the years. Yet, the name Lombard actually has no link to history in San Francisco. Lombard Street is named after a street of the same name in Philadelphia, Pennsylvania.

During the 1920s, many residents on the street were interested in buying fine motor cars. The problem was they couldn't drive their cars down such a steep hill (27% grade). One of the residents had the idea to decrease the grade by creating turns in the road. This not only added to the street's scenic appeal, but made it safer for pedestrians as well. Thus, in 1922, the eight hairpin turns that make up this stretch of Lombard Street were built, allowing folks who had homes along this block to drive to and from their houses with less strain on the automobiles of the day. This also helps make Lombard Street one of America's most idiosyncratic roads. The steepness where it battles Russian Hill is not evenly replicated along its near three mile length. For about a third of its journey across San Francisco, Lombard Street is part of US 101. In other areas, the San Franciscan terrain is so unwelcoming that the planners abandoned the challenge entirely. There is a one-block gap where the road has to circumvent Telegraph Hill, directly underneath the Coit Tower. And so it swerves to the southeast, becoming Telegraph Hill Boulevard, before Lombard Street reappears on the other side of the bluff.

The popularity of Lombard Street has taken its toll as well, in multiple definitions of the word. Since it is an attraction that people want to drive down, traffic jams caused by people waiting to experience Lombard Street by motor vehicle are a common sight in the area. If you don't like waiting, it might be a better idea to go to Burlington, Iowa and drive down the similarly designed Snake Alley. There have also been proposals to collect tolls for drivers for this section of Lombard Street. A San Francisco assembly member by the name of Phil Ting had proposed a toll to drive this part of the street, as an attempt to appease area residents who resent having to deal with so many sightseers near their homes. Ting introduced a bill to address the issue, citing a need to constrain "over two million annual visitors and daily queuing for up to 10 hours" on the 1000 block of Lombard. A different proposal was considered by the San Francisco County Transportation Authority, proposing that driving down the block would cost $5 on a weekday and $10 on weekends, but would remain free to city residents or to pedestrians. In order to implement a tool, San Francisco needed backing from the State of California for such a fare placed on a public street. However, in October 2019, California Governor Gavin Newsom vetoed the bill, citing social equity concerns.

During my own visit to San Francisco, I had to see Lombard Street for itself. I was perfectly fine being a pedestrian as I explored this famous street. Since it was just a few blocks away from the hotel where I was staying, I took an early morning walk from the hotel to experience a quiet moment with Lombard Street and was able to quietly take my photos. Lombard Street is a peaceful place as the sun rises and other people are still in bed or enjoying their morning coffee. I really enjoyed my visit in the morning. It was nice not to have to dodge cars as I was walking around either, since the only cars I saw were parked in driveways. I returned to Lombard Street later in the afternoon after a ride on one of San Francisco's fabled cable cars and got to see the place a bit busier as well. 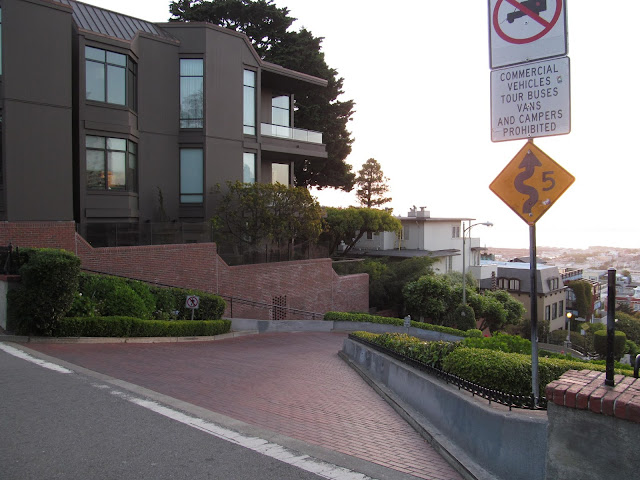 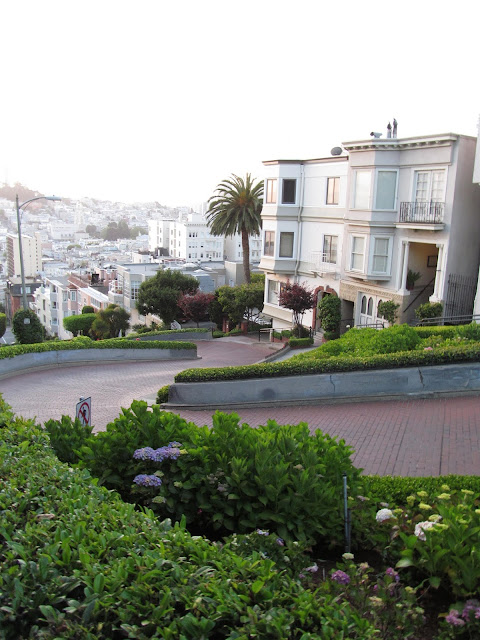 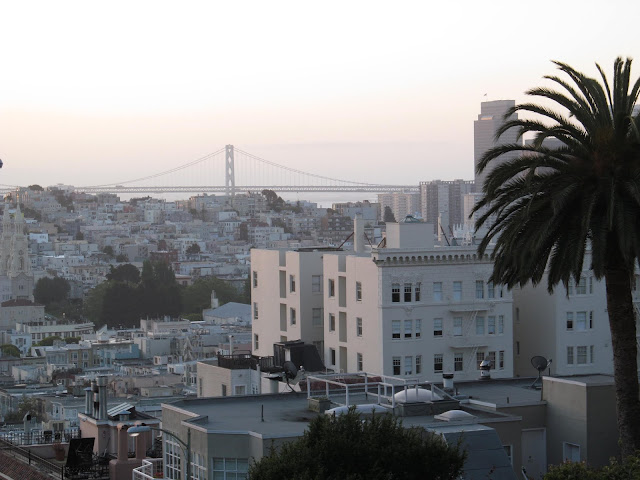 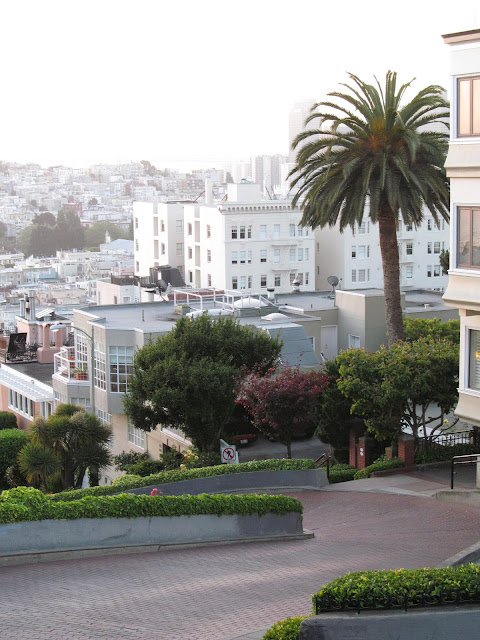 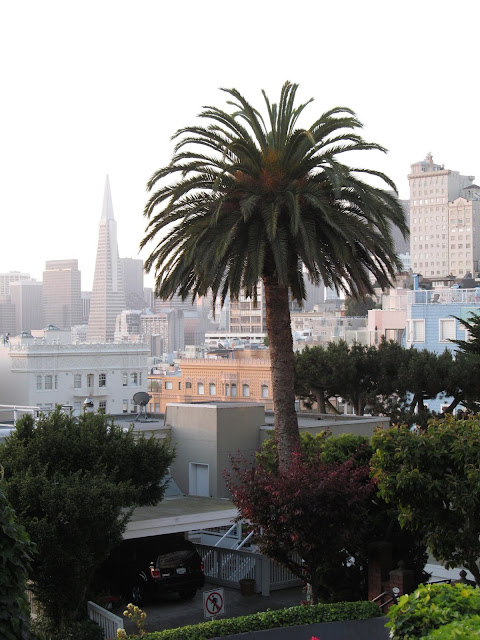 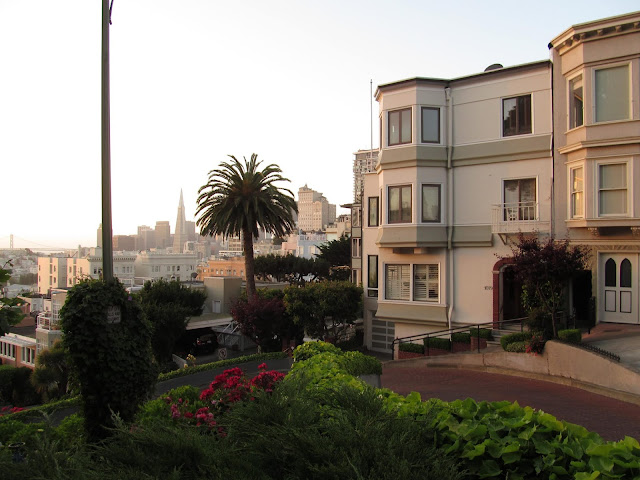 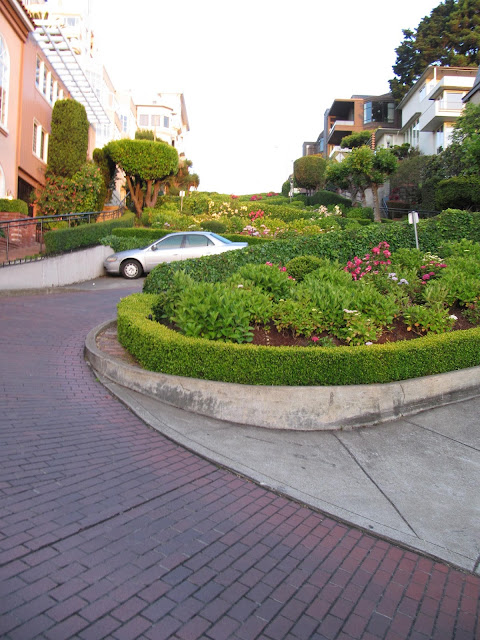 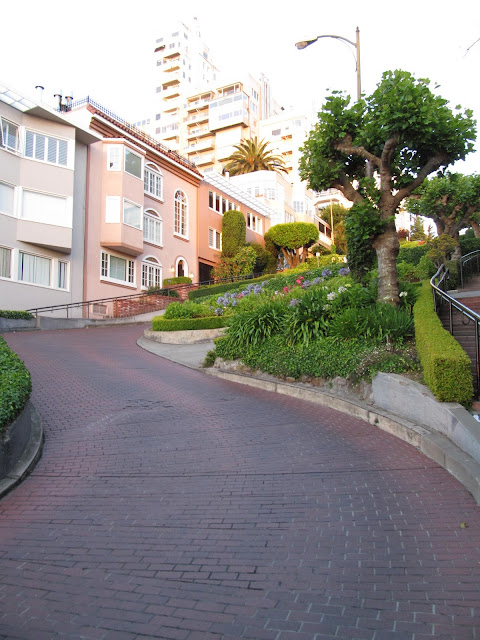 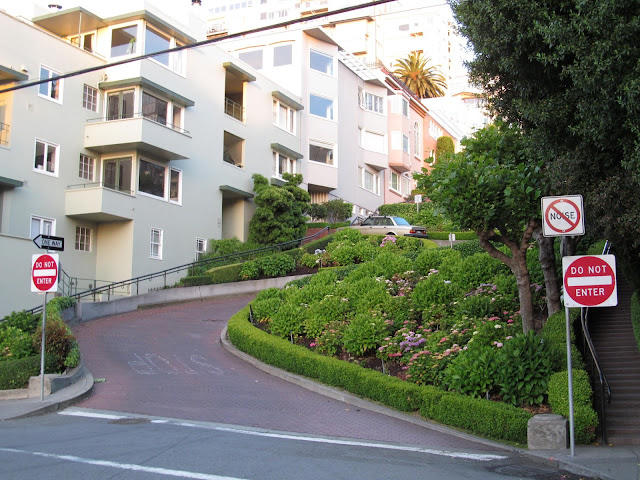 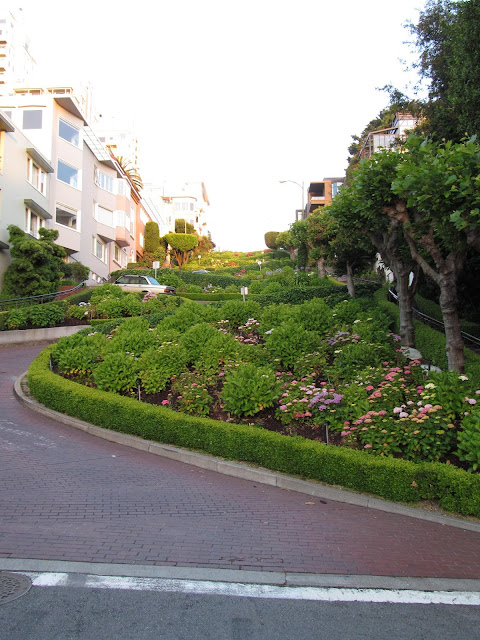 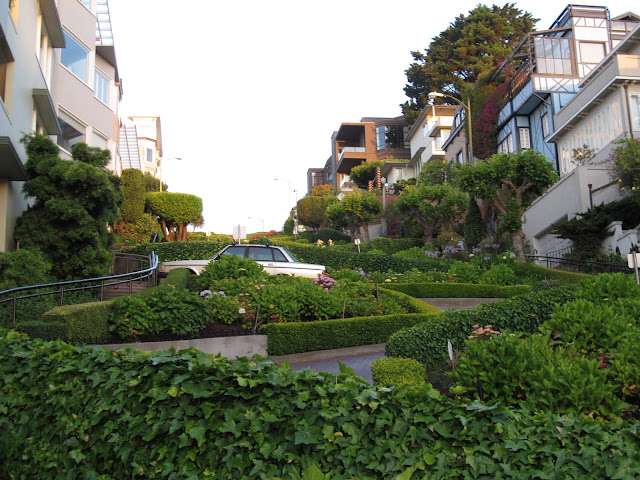 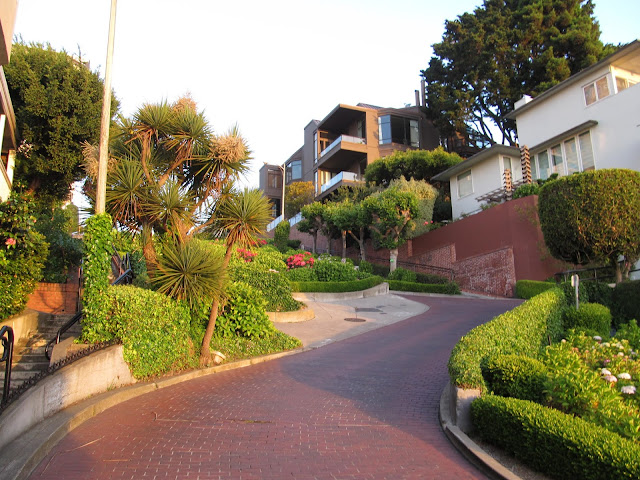 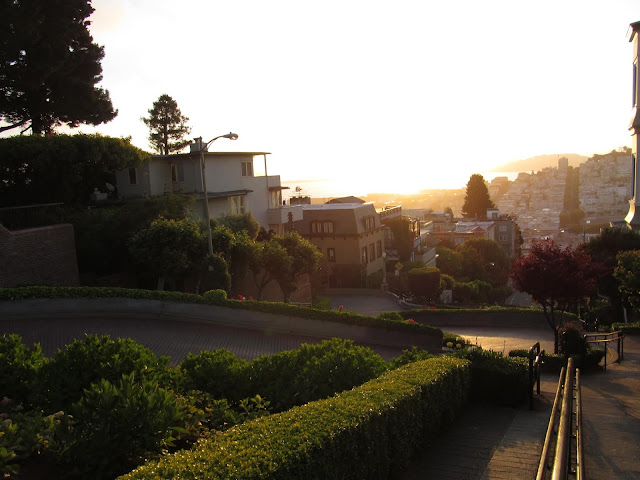 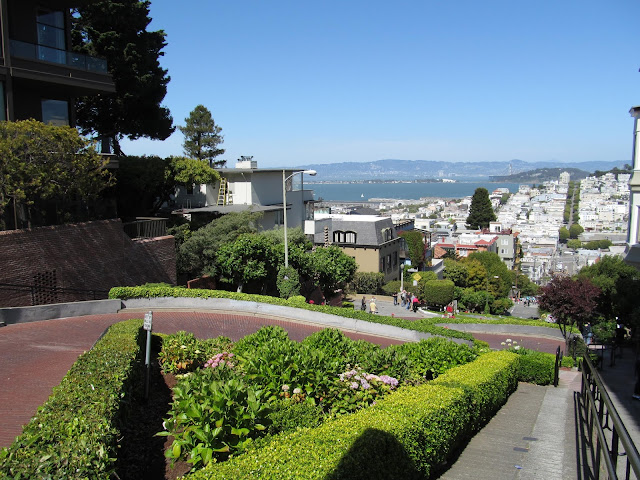 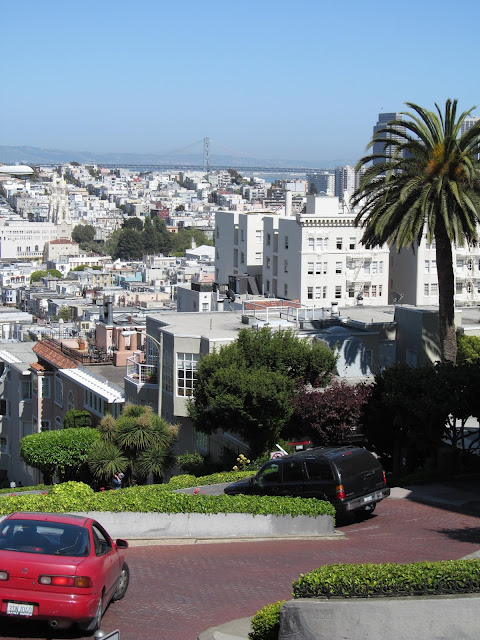