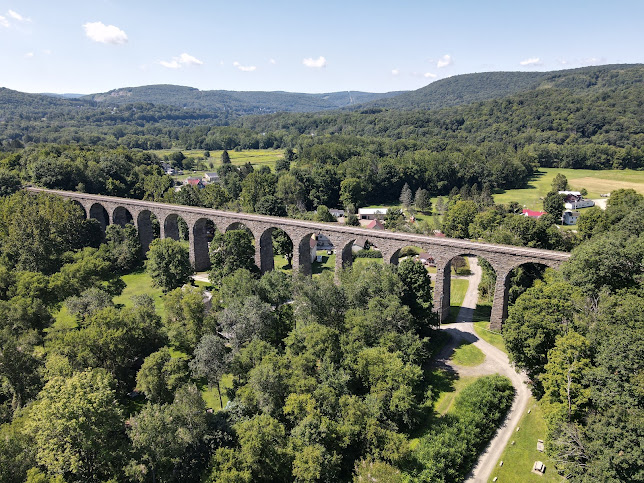 Nestled in the scenic hills of northeast Pennsylvania, the Starrucca Viaduct is a 19th Century railroad bridge known for its historic design and its impressive longevity. Opened in 1848, it was known as the world's largest stone-arch railroad viaduct as it carried traffic along the original New York & Erie Railroad. It has been suggested that this bridge was the first in America to utilize structural concrete in its construction, the material being utilized for the bridge’s foundations. In the mid-1800s, concrete was still an unknown quantity as a material and it was still considered to be experimental in nature at the time, making its use at this location a daring yet critical first step in the material’s evolution into a building block that modern construction could never be without.

This bridge’s size and design anticipated the construction of a more-famous stone arch railroad bridge built about 25 years later in England. The Ribblehead Viaduct in North Yorkshire, England is one of the most popular historic bridges for enthusiasts alike and its own proportions were likely inspired at least in part by its American counterpart here in Pennsylvania. As a result, the Starrucca Viaduct is sometimes known as the “American Ribblehead”, as it comes the closest to resembling its English rival in size and form. As for this structure, it spans the wide Starrucca Creek Valley, requiring a span of about a thousand feet in length. The whole structure above ground was build of locally-quarried ashlar bluestone and the entire project was put together in about one year – an impressive timeline for a structure of its kind. It measures 1,040 ft in length, stands (on average) about 100 ft tall, and consists of seventeen arch spans each measuring 50 ft long. While build wide enough for a dual-track deck layout, it has spent most of its life as a single-track crossing that has been structurally reinforced and upgraded in a subtle manner over the years. 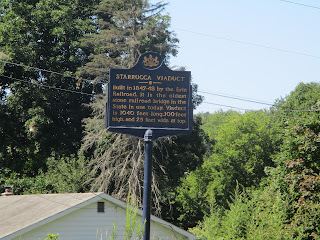 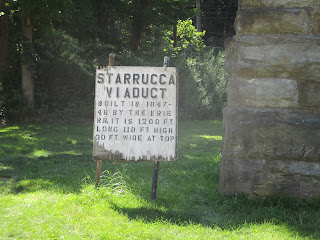 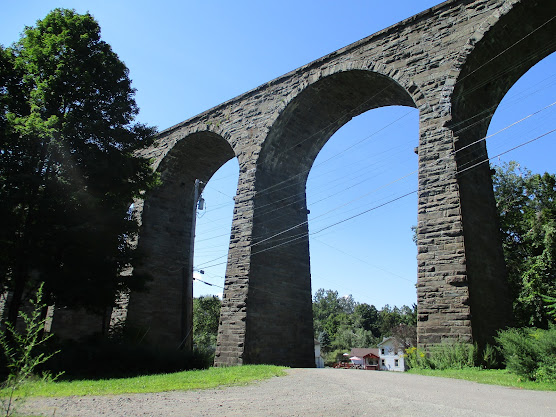 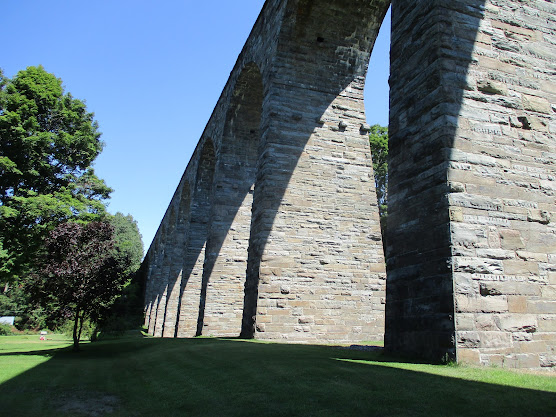 Above: A few ground-level views of the Viaduct, including a couple historic markers nearby

The Viaduct remains in active use today (owned by the Delaware-Otsego Corporation and operated by the New York, Susquehanna, & Western Railway on its Port Jervis to Binghamton service), more than 150 years after its construction, making it one of the oldest active railroad bridges in the nation. The American Society of Civil Engineers recognizes the historic significance of its design & construction with its designation as a National Civil Engineering Landmark, in addition to its place on the National Register of Historic Places.

Most people have no problem taking in the sight of this structure from ground level, but back in mid-2020 I had the opportunity to go one step further and see what it looks like from the air; this was a great location for a quick workout session with my quadcopter drone – the perspectives you get from the air add a whole new dimension to our understanding of this bridge’s proportions and its place within the scenic surrounding valley. If you’re ever in the area, or “just passing through” (as my podcasting alter ego would say), this one is worth stopping by to check out – it’s a rare American example of the stone arch design taken to greater lengths. It can be reached from Interstate 81 by taking Exit 230 and following PA 171 about 10 miles east, passing through the village of Susquehanna (along the river of same name) in the process. Who knows, if you end up visiting, maybe you’ll run in to me – I hope to come back here at some point to add to my portfolio at this location… 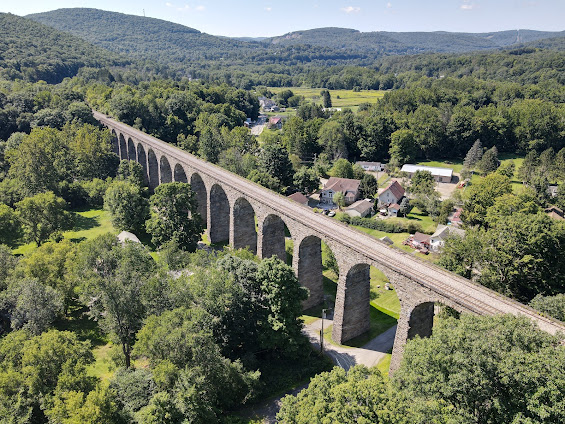 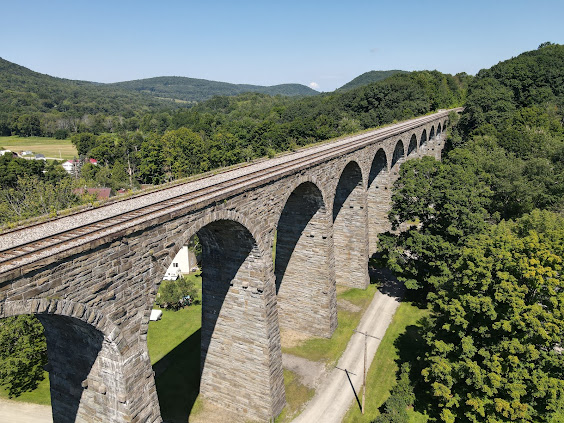 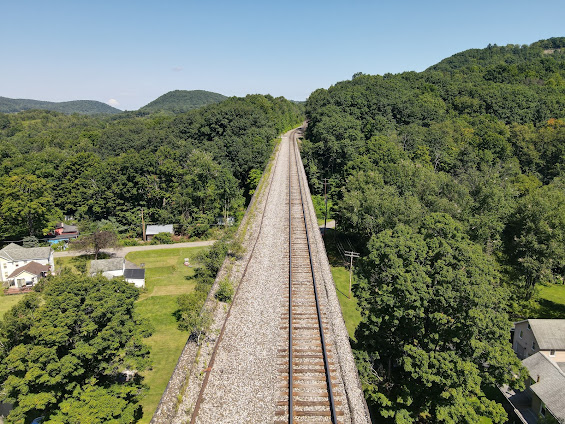 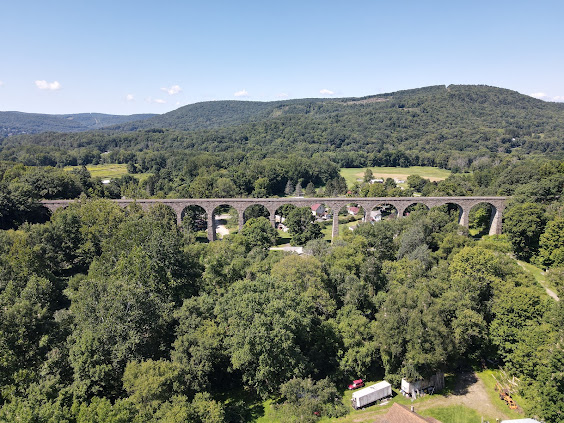 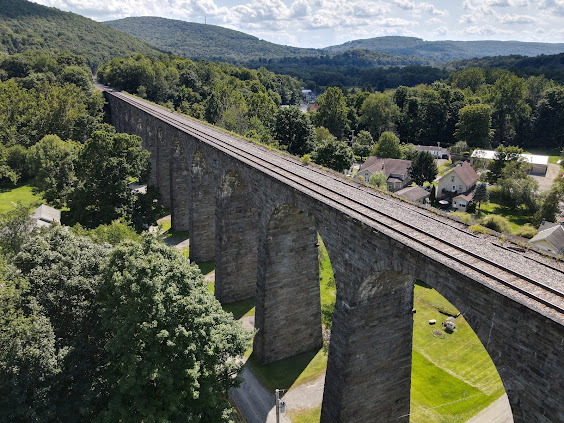 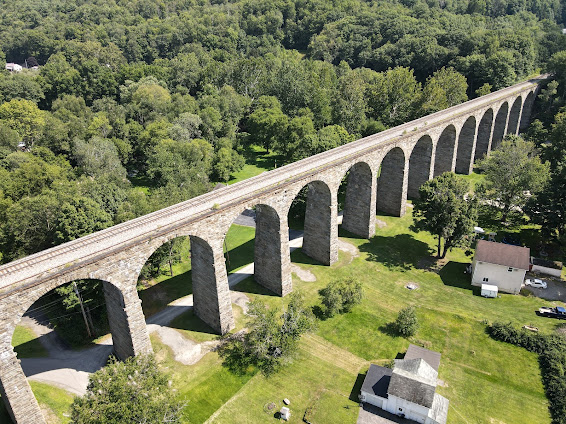 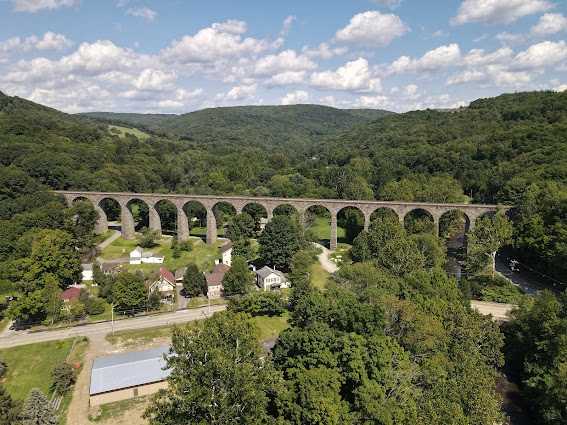 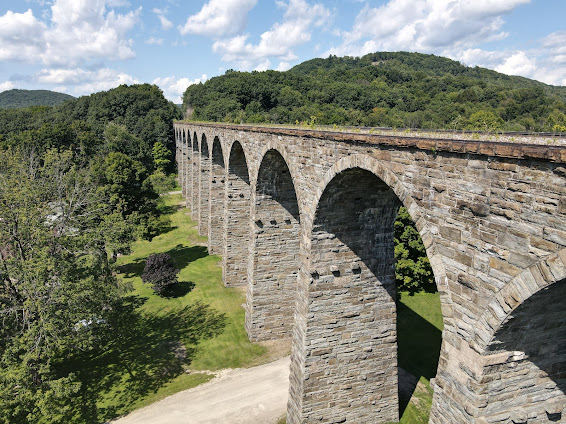 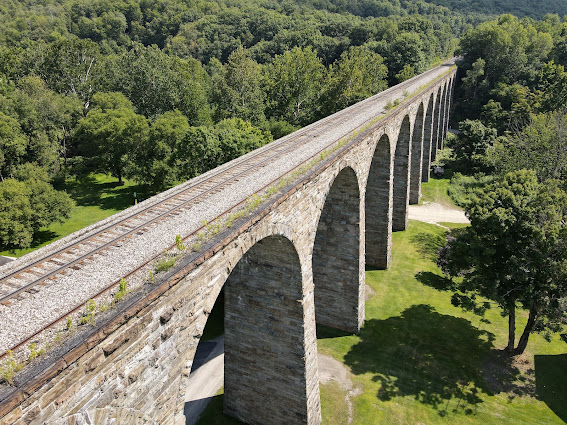 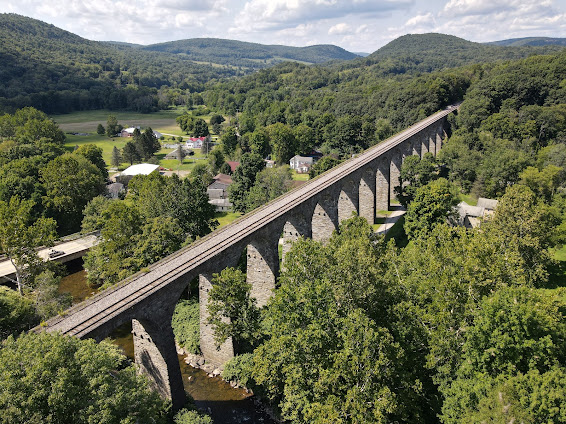 Above: Various aerial views of the Viaduct courtesy of my quadcopter drone. If you do bring a drone here, please be safe and fly responsibly!
How to Get There:

More information from Pennsylvania Center for the Book website