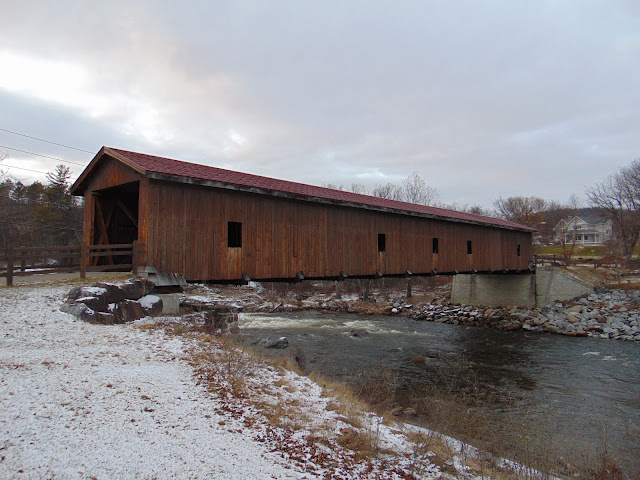 The 170 foot long Jay Covered Bridge spanning the East Branch of the Ausable River in the Essex County town of Jay, New York, was built in 1857 by George M. Burt. It is listed on the New York State Register of Historic Places and is the only remaining Howe truss designed covered bridge in the Adirondacks. Of the all covered bridges in New York, only two can be found in the Adirondacks and both happen to be located just downstream of waterfalls. The Copeland Covered Bridge in the Saratoga County town of Edinburg is the other one. The bridge crosses the river just below Jay Falls, a broad set of falls that that drop about 10 feet over several tiers.

The first covered bridge in this location was destroyed by flooding in 1856. There is an interesting history of the old covered bridge and what happened during the devastating flood. On September 30, 1856,  a violent thunderstorm brought a torrent of furious power. A man by the name David Heald (or Hale) had a cabin at Rainbow Falls and had been working on a dam. Later, he spoke of a cataract that he had seen while on Mount Colvin. It was a cataract 2,000 feet high and a mile wide. The dam went out after 10 pm and the water rose almost three feet in fifteen minutes in the Keene Valley. As a result, ten bridges crossing the East Branch of the Ausable River were carried downstream, with the exception of two bridges at Keeseville. Included among the bridges that were carried away in the floodwere the bridges located within the Town of Jay, the one which preceded the present day covered bridge.

George M. Burt built the present day covered bridge in 1857, but it wasn’t actually covered until 1858. It is one of only three Howe truss bridges in New York State. Original construction cost was $1,200. According to an account book kept by Burt, the contract to build the new Jay Covered Bridge was made on April 26, 1857. His book also contained a great number of entries about construction of other bridges in the area that were destroyed in the great flood of 1856, so it looks like he was keeping notes about what bridge may have best worked at that location.

The Jay Covered Bridge was situated over the East Branch of the Ausable River for many years following its construction in 1857, but not without having damage by motor vehicles and concerns from severe weather over the years. In 1953, a heavy truck damaged the floor and beams of the bridge. As a result, repairs required the replacement of 80 feet of the damaged end of the bridge. With the repairs, the bridge was shortened and bolstered with a concrete abutment. In 1976, an ice jam came dangerously close to removing the covered bridge from its abutments. In 1985, the bridge was once again damaged when a tractor trailer truck lost its brakes and tore out wooden beams and steel supports.

On May 14, 1997, the Jay Covered Bridge was officially closed to traffic following an inspection by the New York State Department of Transportation. With the closure, traffic was rerouted along back country roads. There was debate over the closing of the bridge along with the possibility of it being torn down and or being replaced with a new, modern bridge. The bridge was cut into four sections, lifted off their abutments and placed along the east bank of the Ausable River where they sat for a number of years while the covered bridge's fate was determined.

In 2006, the Jay Covered Bridge was rehabilitated and placed back over the East Branch of the Ausable River in 2007. During the rehabilitation, not all of the original truss pieces from the old bridge were used, so it is technically considered to be a new covered bridge. As a modern bridge for motor vehicles was built just downstream, the modern day Jay Covered Bridge has been repurposed as a pedestrian bridge.

To reach the bridge, all you have to do is follow Mill Hill Rd. from the intersection of NY 9N and NY 86. Mill Hill Rd. will intersect with John Fountain Rd. at Brick Store Ln., and then you'll arrive at the covered bridge. After checking out the bridge, you can relax at Douglas Memorial Park, which is located at the southern end of the bridge. There is parking on both sides of the bridge. 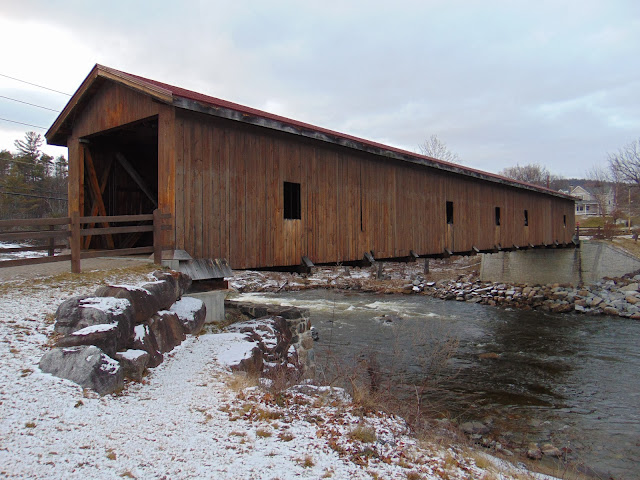 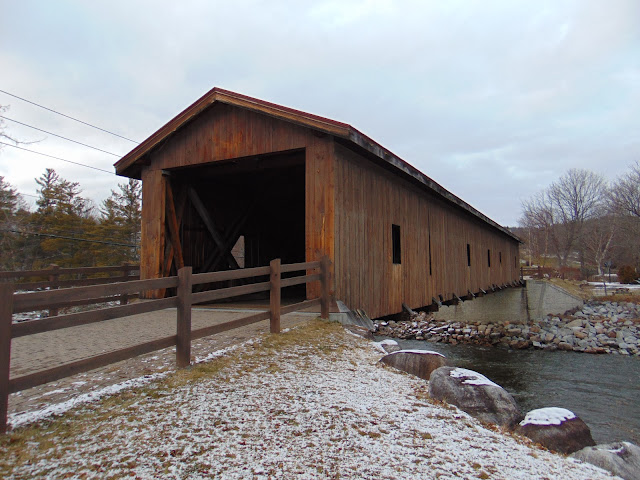 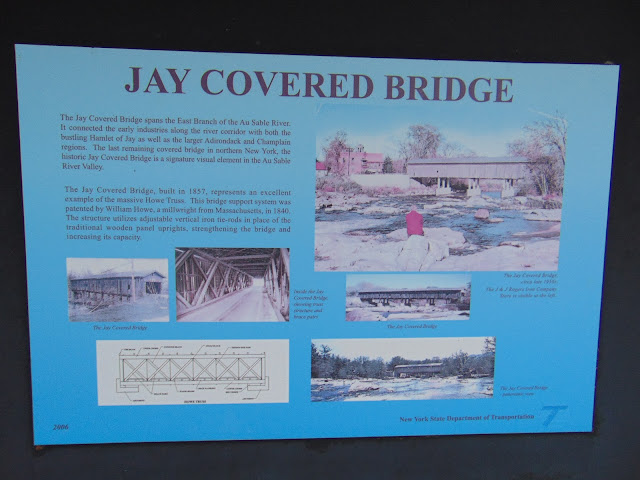 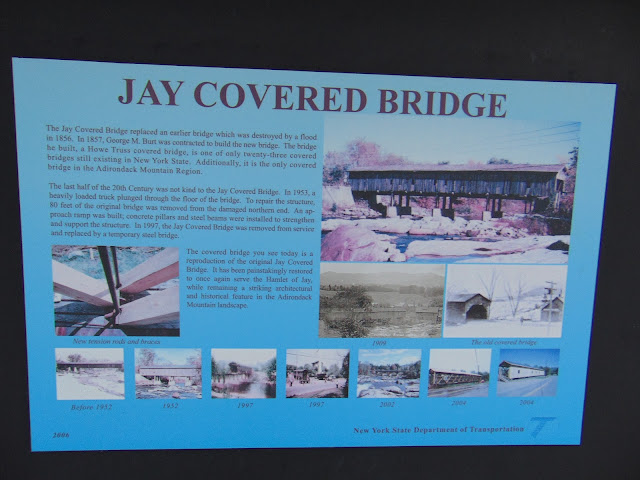