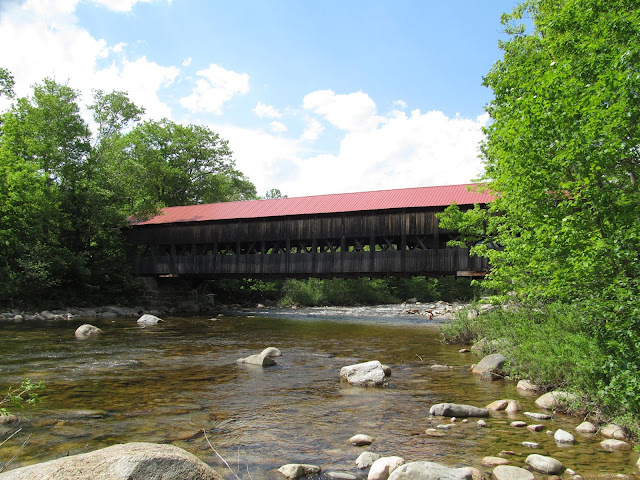 Located roughly six miles west of Conway along Swift River in the White Mountains of New Hampshire and near the very scenic Kancamagus Highway (NH 112), the Albany Covered Bridge is a popular stop for travelers taking the scenic route. The Albany Covered Bridge is a 120 foot long Paddleford truss covered bridge that was initially built in 1858, but was destroyed by a storm a year later which flooded the Swift River and swept away the new bridge. At that time, builders Almzi Russell and Leandre Morton entered into an agreement with the town of Albany to build a new covered bridge for $1,300, minus the amount previously paid for the original bridge. As a result of the agreement, the covered bridge was quickly rebuilt and has stood the test of time, along with a renovation in 1970. The artfully crafted covered bridge features wide shallow arches and sharply raked facades. In 1981 and 1982, the U.S. Forest Service replaced the wooden floor timbers with a steel floor for added support. Near the covered bridge is a mud sill, which was taken from the bed of the river to support the falsework and scaffolding during the construction of the bridge span.

Today, you can visit the Albany Covered Bridge off of Passaconaway Road if you are heading along NH 112. Some people may see the bridge on the way to the Covered Bridge Campground, other people may be traveling to the bridge to go fishing or get some neat photos of the Swift River and the covered bridge, while others (like myself the day I visited) may be stopping to see the bridge on the way to a further away destination. I visited during the early summer, but I'm told that the Albany Covered Bridge is picturesque in all seasons. If you are visiting the bridge, please be aware that there is a 7' 9" height restriction for vehicles using the bridge and that the bridge is closed to vehicles in the winter (but foot traffic is OK). There are some interpretive storyboards that can be seen around the bridge as well that will help tell the story of the bridge's construction. I was compelled to stop by and see the Albany Covered Bridge during a trip to New Hampshire and Maine in June 2013, and it was worth the stop. 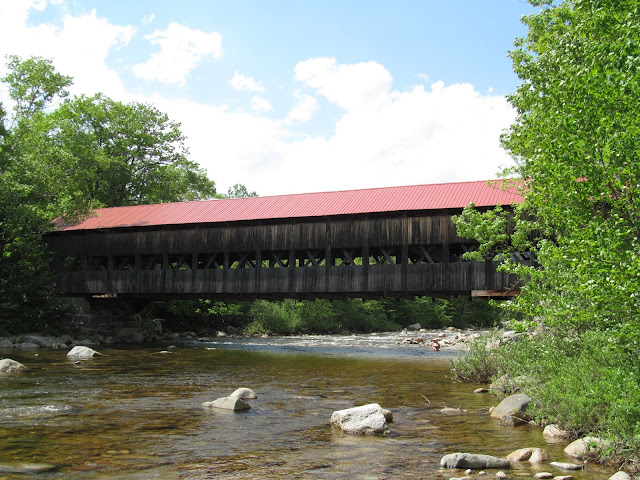 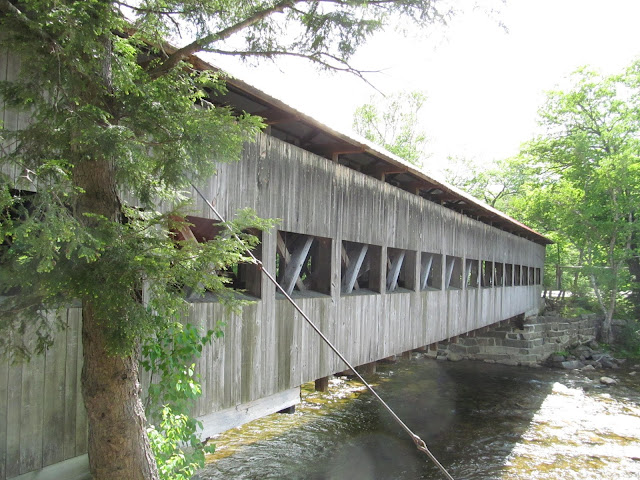