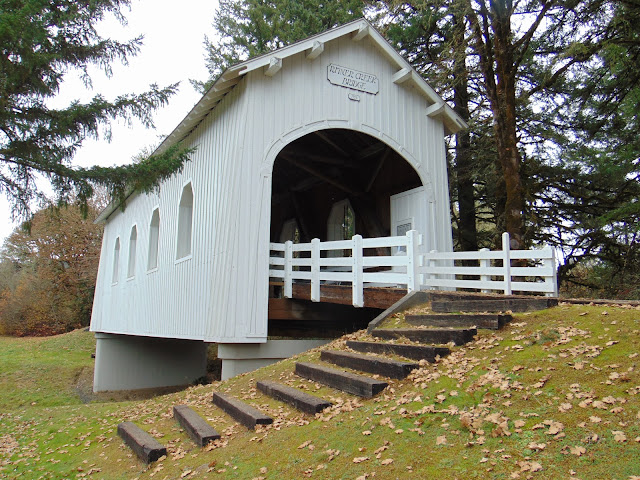 The Ritner Creek Covered Bridge almost became a memory in 1974. Declared structurally unsafe, it was scheduled for removal. The children of Pedee School along with the citizens in the Pedee area rallied to its support with a "Save our Bridge" campaign. The Polk County commissioners met with the state highway department and as a result the issue was placed on the ballot May 28, 1974. The measure passed and the covered bridge was lifted from its foundation and relocated just downstream of its original site to an adjacent site at the new Minnie Ritner Ruiter Wayside in 1976 at the cost of $26,031. The new concrete bridge on OR 223 parallels the Ritner Creek Bridge.