Florida Friday; where the hell is Centralia?

By Challenger Tom June 08, 2018
Back in early 2013 I had just moved to Florida from Arizona and I was really hurting for something interesting to do.  At the time I read about a ghost town located in northwestern Hernando County known as Centralia.   I decided to try to find Centralia and hit some of the rural Hernando County back roads. 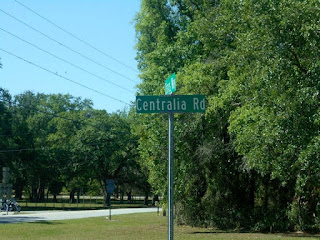 Centralia was a lumber town located roughly at the junction of US Route 19 and  Centralia Road/Hernando County Route 476.  At the time I had heard rumors of a couple sawmill ruins scattered in the woods west of the US 19/Centralia Road junction in the Chassahowitzka Wildlife Management Area but didn't have much success in finding anything substantial searching on foot. 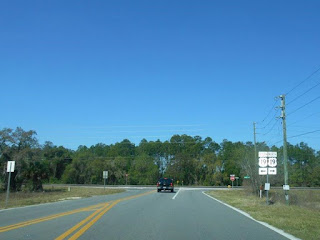 The actual entrance to the Chassahowitzka Wildlife Management Area and Centralia is immediately north of Centralia Road behind this gate. 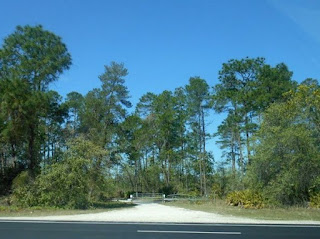 The saw mill in Centralia was in operation from 1910 to 1922 and was named after a City of the same name in Wood County Wisconsin.  Centralia was a company town operated by the Turner Lumber Company and once housed as many as 1,500 people which would have made the community larger than the Hernando County seat of Brooksville.

The 1916 Hernando County Map shows detail regarding the 18 mile narrow gauge rail line between Brooksville and Centralia.  The communities of; Tooke Lake Junction, Wiscon and Tooke Lake all appear as sidings westward towards Centralia.  Wiscon is the only community that has survived to modern times and apparently used to house workers who would ride the rails to the saw mill in Centralia daily.  Tooke Lake Junction still appears on maps of South Brooksville while the community of Tooke Lake still exists as a series of trailer parks and suburban residential bleed over from Spring Hill.

The 1917 Hernando County Map below shows an additional siding known as Freeman between Wiscon and Tooke Lake.

It appears Freeman was renamed to Norman by 1920.

Incidentally the community of Ringgold is shown on the above 1920 map.  Ringgold was located on what is now modern US 98 and Citrus Way/Hernando County Route 491.  I'm to understand that Ringgold mainly served as a wagon stage, this gas station is apparently the only building left. 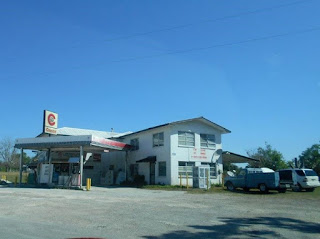 Despite the log mills in Centralia being closed in 1920 the community still appears on this 1924 State Highway Map with a population of 220.  The Dixie Highway and Old Spanish Trail appear on the map nearby running from Brooksville to Aripeka.

By 1932 Centralia no longer appears on the Hernando County Map and rail service was cut back to Tooke Lake.

By 1936 even the rails which serviced Centralia were gone.  Interestingly US 19 appears to the east multiplexed with US 41 through Brooksville while the modern route is shown as Florida State Road 15.


Fivay.org has several articles on Centralia.  Apparently some time in 2017 a roadside monument for Centralia was placed at the junction of US 19 and Centralia Road. 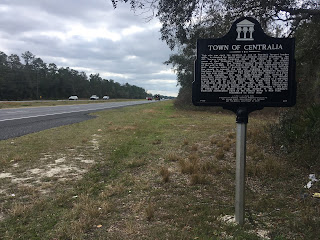 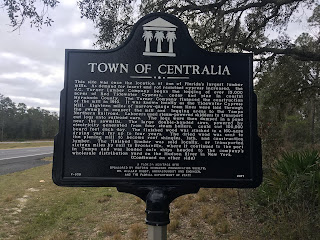 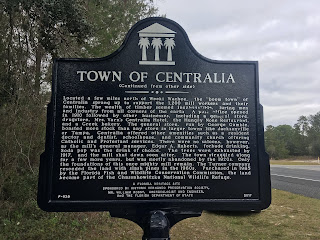