So This Is Arizona

By Doug January 09, 2010
Greetings from Phoenix, Arizona. After a treacherous drive in the snow to Scranton, and having to dash my way through the Detroit airport in order to catch a flight, I am visiting the Grand Canyon State for a few days with the intent of watching the New York Islanders face off against the Phoenix Coyotes in hockey. While I am out here for that, I decided I would do some sightseeing along the way.

I spent yesterday afternoon checking out the scenery in and around the Phoenix area. While looking for Papago Park, I found Tempe Beach Park, which is situated along a dammed portion of the Salt River. While I did not see any actual beach, there are plenty of recreational activities to be had. There were even people fishing, which was about the last thing I expected to see in Arizona. 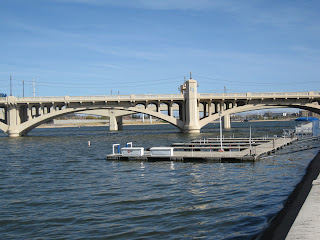 I did go to Papago Park, which also features plenty of recreational activities, plus the Desert Botanical Gardens, the Phoenix Zoo and a number of neat red sandstone buttes, such as Hole-In-The-Rock. There are also some small ponds that look like oases in the desert, and yes, I saw more people fishing as well. Apparently, trout and other fish are stocked into the pond every other week during the winter, and it is more than just catch-and-release. I would definitely recommend Papago Park if you are visiting Phoenix and want to go hiking. 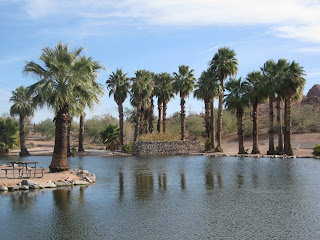 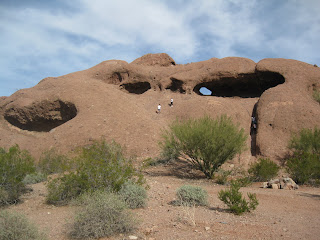 I then set out towards Apache Junction to go take a hike around parts of the Lost Dutchman State Park, which is near the Superstition Mountains at the beginning of the Apache Trail (AZ Route 88). While I didn't get to see much of the Apache Trail, it is supposed to be very scenic. On the way to Lost Dutchman State Park, I stopped at the Apacheland Movie Ranch. Apacheland was a movie set built to look like an Old West town, and was the set used for the 1968 movie "Charro", which starred Elvis Presley. Unfortunately, the ranch has seen better days, and only a portion of the ranch still remains. This includes a church that was converted into an Elvis shrine. 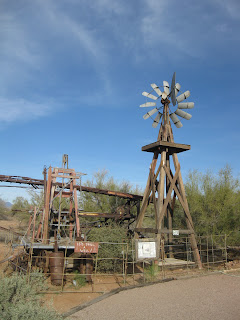 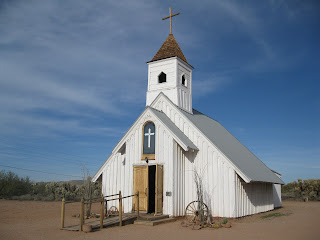 Back to the Lost Dutchman State Park, it does offer plenty of hiking opportunities in a desert landscape. The park gets its name from a miner who disappeared into the Superstition Mountains. Moonlight hikes are also offered, but I decided to just stick around during the waning hours of the afternoon. 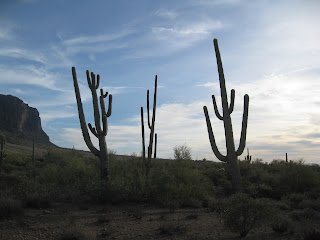 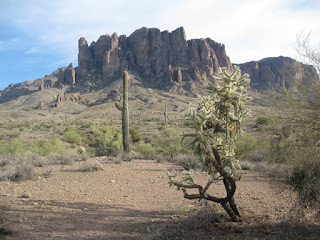 Today, I will be going to Sedona, followed by the hockey game back in Phoenix. But first, I will mention some of the road related things I had seen.

I am not sure if road construction is a year round activity in the Phoenix area, or if it is primarily done during the cooler months due to the high summer temperatures. I did notice an extensive widening project on the Loop 202 in Tempe. I also spotted a number of colored Loop 101 and Loop 202 shields that still remain. With the Loop 202 shields, once the brown color fades, the shields have a blue-green hue to them. 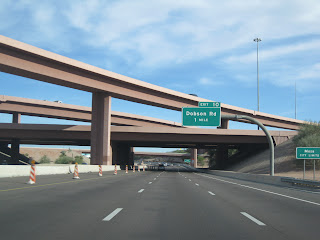 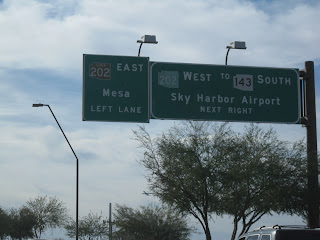 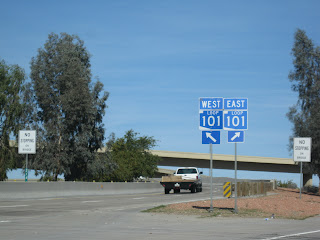