Flooding causes rare I-376 message sign to be revealed

By Adam January 26, 2010
Monongahela River flooding closed Interstate 376 in downtown Pittsburgh.  As a result of the closure, a variable message or is it rotating message guide sign that reads West I-376 displayed its other message.  The Road is Closed and all traffic must exit left. (Grant St. - Exit 71A.) 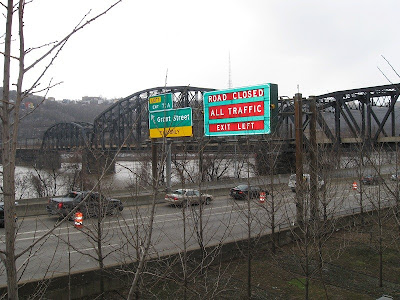