Down to Wilmington...via NC Bike Route 5

By Adam April 14, 2008
Headed down to Wilmington to hang out with my friend Joe, and instead of taking I-40 or any of the other routes (US 421, US 117, or NC 50) that I have done over the years. I tried something different. I followed NC Bike Route 5 - The Cape Fear Run - from Apex to Wilmington. Most of the major statewide bike routes follow secondary routes so it was a great opportunity to see some back roads.

For photos from the entire day, head to my flickr site.

But first, for sometime now there's been an 'END' I-440 shield at where the Beltline meets US 1/64 and I-40, but this time I finally made the time to take a photo of it. 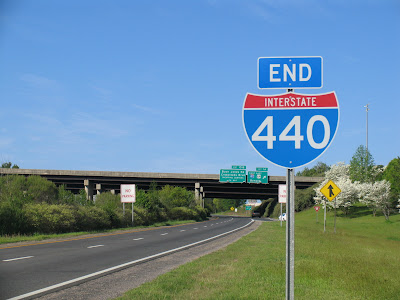 Now, this 'END' sign is actually located on the collector/distributor ramps for Exit 1.

Bike Route 5 Begins/Ends in downtown Apex - It even has an 'END' sign of its own. 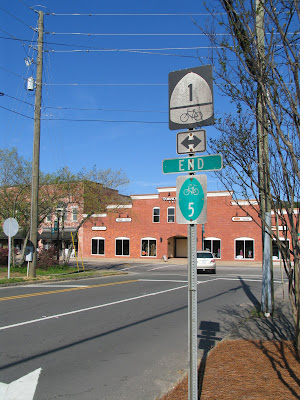 This was actually my first time in Downtown Apex...and I certainly will come back to check out the town more often. 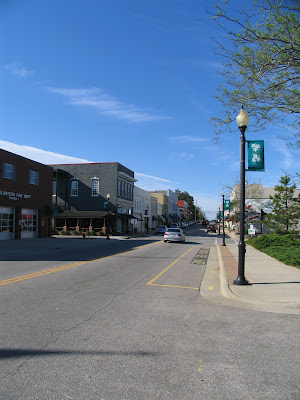 There were plenty of small churches throughout the route and I would have loved to taken photos of many of them. But with many of them holding mass at the time I passed by them, I didn't think it would be right to be taking photos around a church while mass was being held. 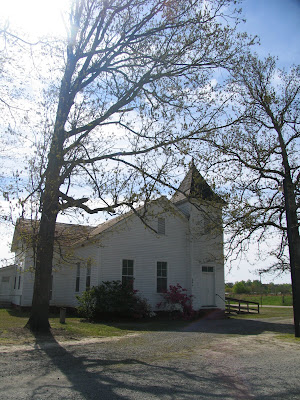 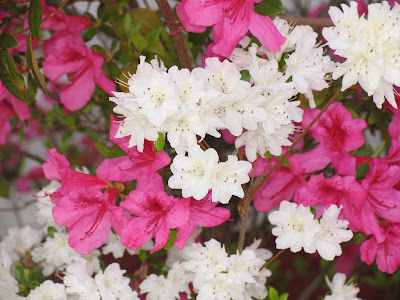 Bike 5 runs along NC 82 for a bit and past the Averasboro Battleground, so I stopped to get a few more photos from the Chicora Cemetery. 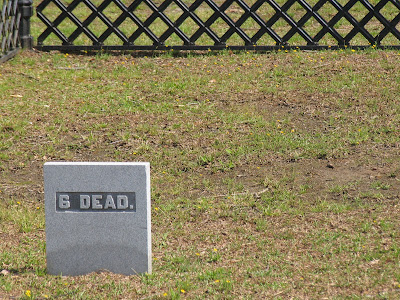 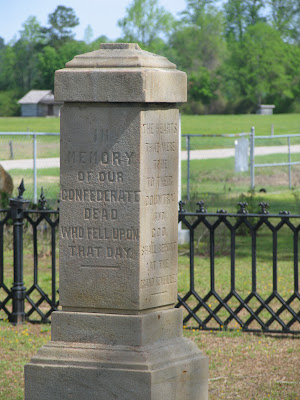 Cumberland County still uses concrete pylons at many intersections as an earlier version of standard street signs. Here's an example at Bethany Crossroads. 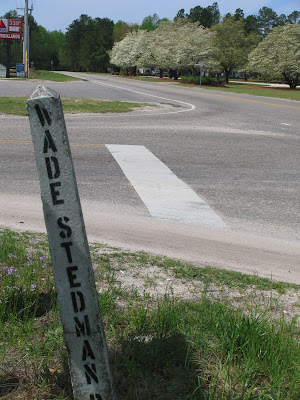 Now in North Carolina, it is very rare to find an 'embossed' sign of any type. But in the small community of Kelly at the Post Office there are not one but three embossed 'STOP' signs. I've also included a photo of an older 'YIELD' sign for your enjoyment. 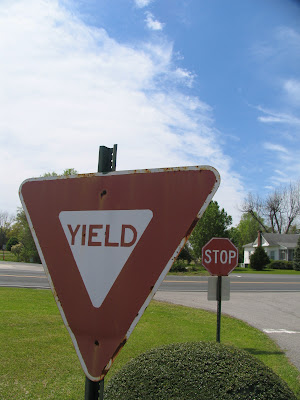 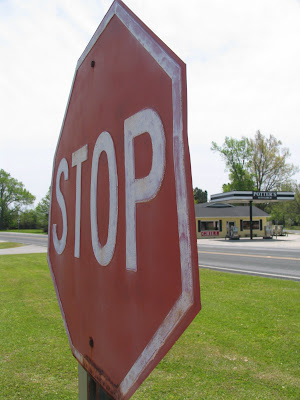 One of the mysteries I hoped to solve on this trip was where NC 210 changes from North/South to East/West. I originally thought it was at NC 53 near Kelly, but I was wrong. 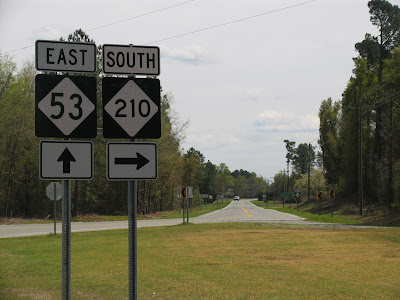 After leaving its short multiplex with NC 53, NC 210 remains North/South. Later on the trip, I learned that the North/South change over to East/West occurs at the Bladen/Pender County Line.

Once in Wilmington, Joe and I headed around town and found a couple of great bridges and old buildings that will be featured in Carolina Lost.

First this bridge that carries 6th St. over a former rail line or canal. 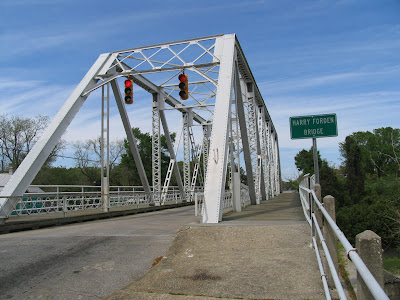 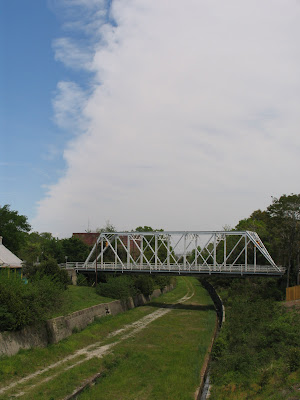 Then the former Independent Ice Company which sits right next to the bridge. 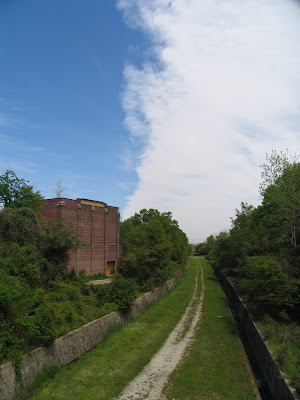 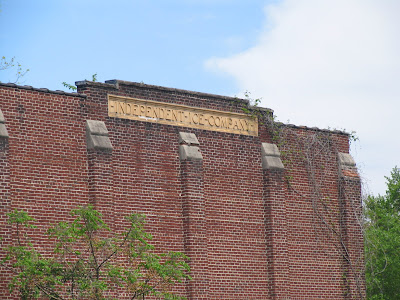 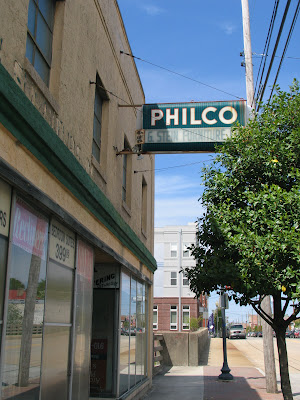 Then this gorgeous former Presbyterian Church that now sits shuttered. Local community groups want to restore it as an Arts Center. It's great to see such an awesome structure like this being preserved. 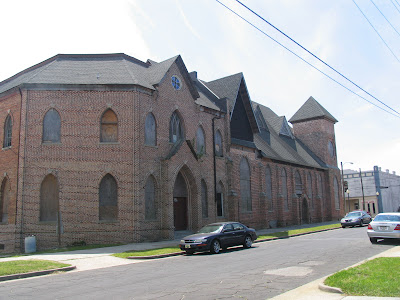 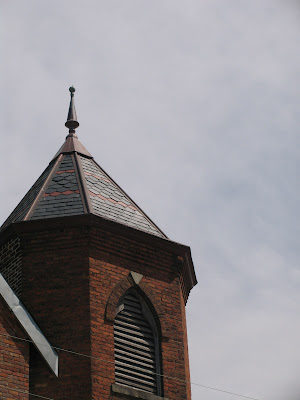 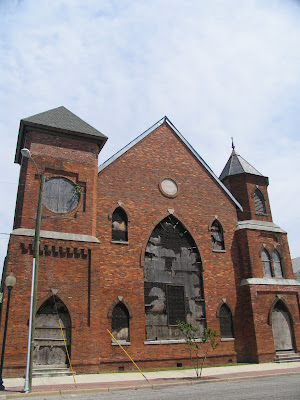 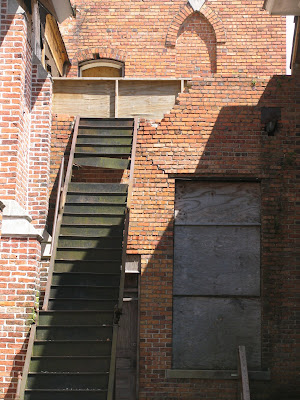 Another great church in the same neighborhood is the St. Stephens A.M.E Church. 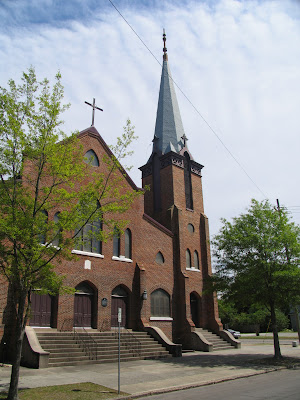 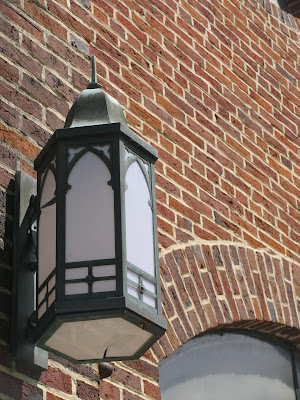 Afterwards we heads to the Smith's Creek Swing Bridge on Castle Hayne Road. This once carried NC 133 and maybe a few other routes. 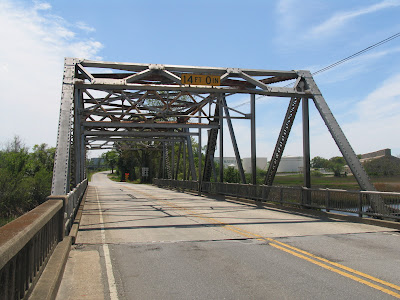 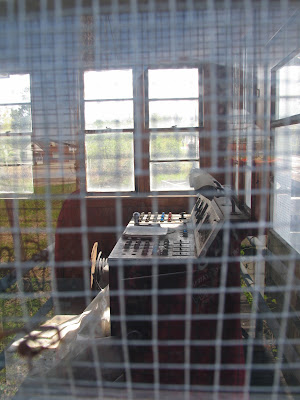 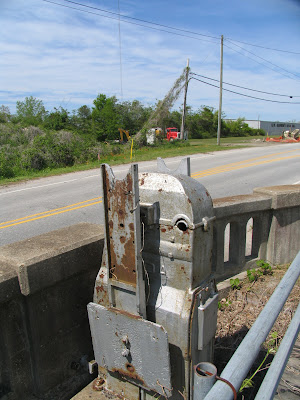 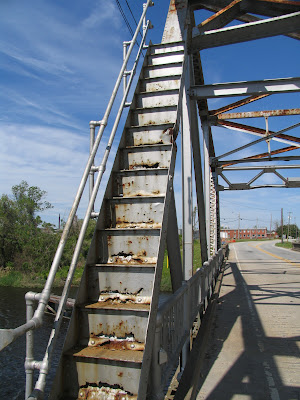 Crossed over this truss bridge that carries NC 11 over the Cape Fear River. 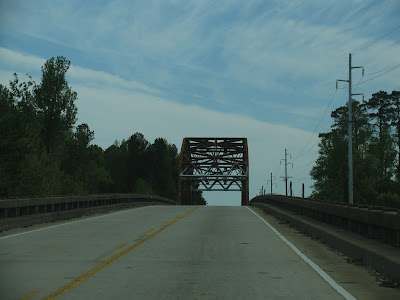 And finally came across this odd sign on Old NC 87 in Acme. 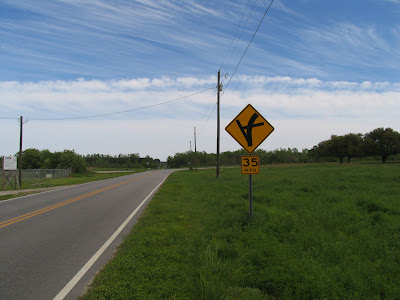 It was a great trip with over 150 photos taken. I got a lot of items for Carolina Lost and plenty of new small towns for the Crossroads Project. Hopefully, I'll be debuting that blog or website soon.

Unknown said…
I'm thinking about making the trip in the opposite direction- I'm in Wilmington and want to bike to Burlington, NC.

That church on 4th Street has been completely restored and repurposed. It
s now one of the nicest concert/wedding venues in the state. You wouldn't hardly recognize it!
6:29 PM

Unknown said…
hey i have never use bike route 5. but as one of my cycling goals is to bike from cary nc to willmington. is route 5 the best way to go? does it have dirrections where to turn ever time?
thanks for the help guys
3:14 PM

I wouldn't be the best judge to whether or not it is the best way to go via bike. I will say once you get outside of Cary/Apex/Fuquay it is a very enjoyable rural ride. It is signed rather well but I would still include a map or have a print out of directions for reference.
8:41 AM

ncveloman said…
If you can get a copy of DeLorme's Street Atlas for North Carolina (the print version), it has all of the NC DOT bike routes marked. It makes a great backup for the street signs.
1:17 PM