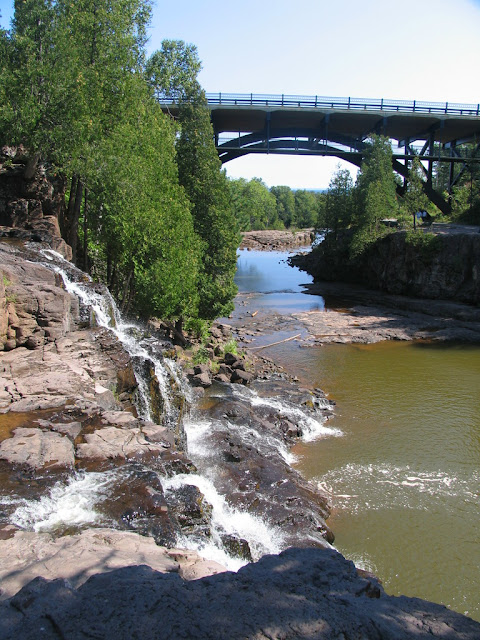 Minnesota 61 along the North Shore of Lake Superior is an amazing drive.  From Duluth to Grand Portage, the North Shore Scenic Drive offers spectacular views and countless recreational activities.  One of the most popular spots along Minnesota 61 is Gooseberry Falls State Park.

The centerpiece of Gooseberry Falls State Park are the Upper, Middle, and Lower Falls.  All three falls are rather close together and very accessible from the Gateway Plaza Visitors Center.  The Upper Falls sit north of the MN 61 bridge over the Gooseberry River.  Both Middle and Lower Falls sit below the bridge.  There are many vantage points for each of the falls and they make for impressive viewing. 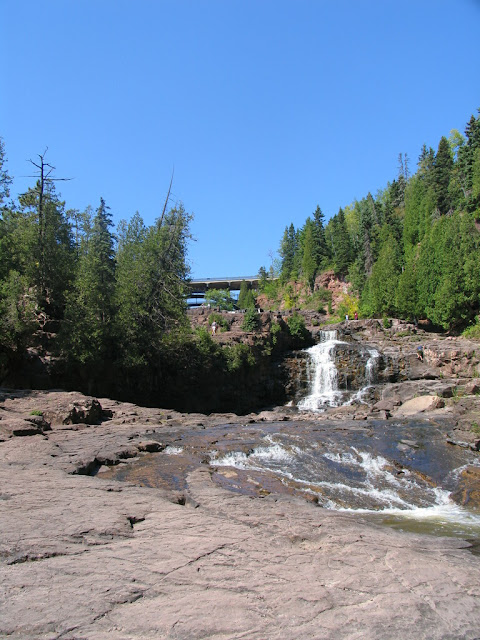 Geologists date the falls to two events.  The basalt rock found at the falls were a result of a long inactive rift zone from 1.1 billion years ago.  Further, the retreat of glaciers from the Great Ice Age over 10,000 years ago carved out the rocky gorge the Gooseberry River and falls traverse.

Further upstream from the Upper Falls is the Fifth Falls.  It is about a two mile round trip hike from the Visitor Center. 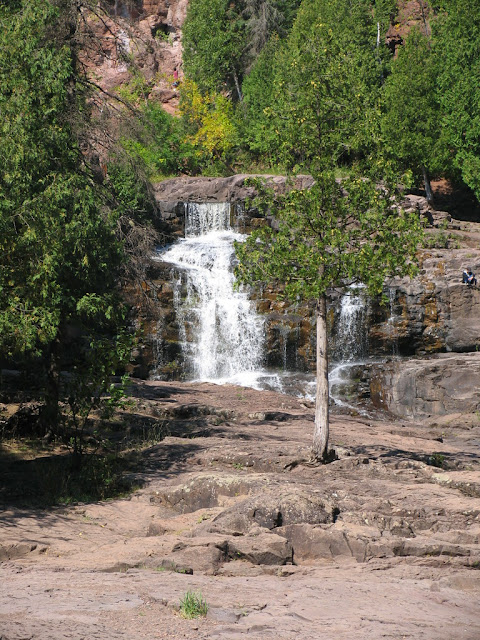 Besides the falls, there are over 20 miles of hiking trails and numerous campsites open in the summer.  The Gitchi-Gami State Trail runs through the park which is a paved bike/recreational trail.  During Winter months, snowshoeing, snowmobiles, cross-country skiing, and ice climbing are extremely popular within park grounds.

The park dates to the early 1930s and its development was assisted greatly by the Civil Conservation Corps (CCC).  The Corps laid out many of the trails, the original campgrounds, and picnic areas.  One of the retaining walls built by the CCC is known as "The Castle in the Park". Today, the Gateway Plaza Visitor Center honors the members of the CCC that developed the park.