By Bob Malme October 23, 2012
The new section of I-73/I-74 through Asheboro was completed last week. I was e-mailed some photos from a follower of my website, JC Austin, and thought I would post them here first before putting them on my I-73 Segment 8 page.

First, the new overhead signage at the US 64/NC 49 interchange (only the support poles were up when I was last there in early August): 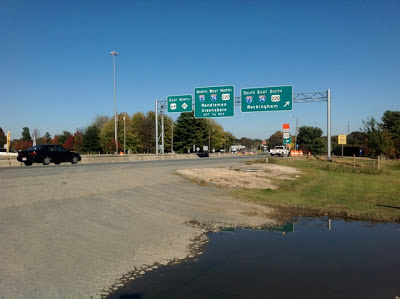 Do you think they should have Winston-Salem as one of the control cities for North I-73/West I-74? Maybe they'll change it after the I-74 freeway is completed by next April. 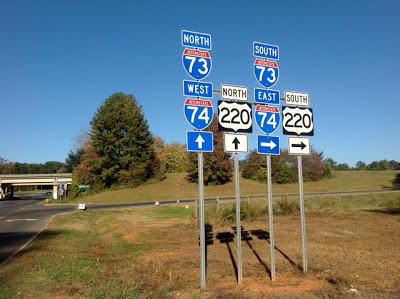 Above approaching the southbound on-ramp and below, the northbound ramp: 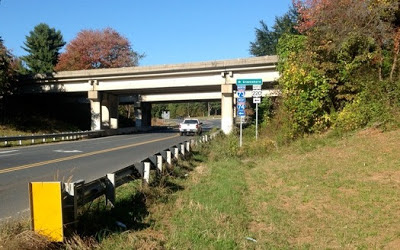 Here are some of the new overheads on the highway itself, here northbound at US 64/NC 49, new Exit 72): 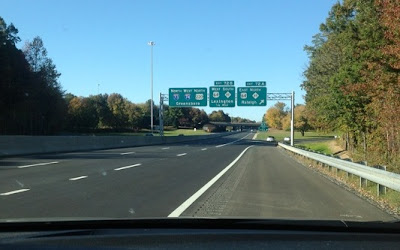 And here are the overheads for the left-hand NC 42 exit heading south, Exit 74: 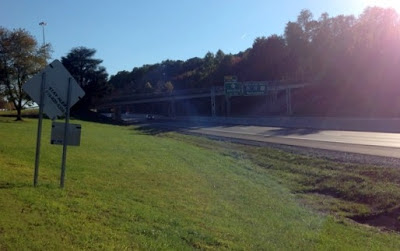 Last, we have one of the new I-73 mile markers to make the new exit numbers official (the last new number northbound, for now, is 76) before the Presnell Drive exit: 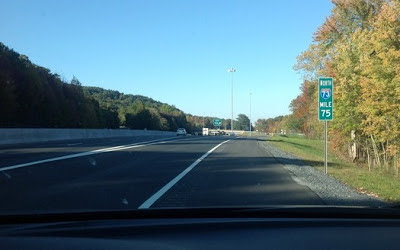 Hopefully, I will be able to check this out in person some time in the coming months.